Can you believe we are now looking towards February Half Term? It’s not that far away now is it? I have been having a little look, checking out what Manchester has to offer for the half term. And I have to say, Manchester will not disappoint with all the exciting events planned.

There are tons of activities and events on offer.  I have picked out some of my favourites, and will be planning a little trip across myself be part of some of these amazing events. 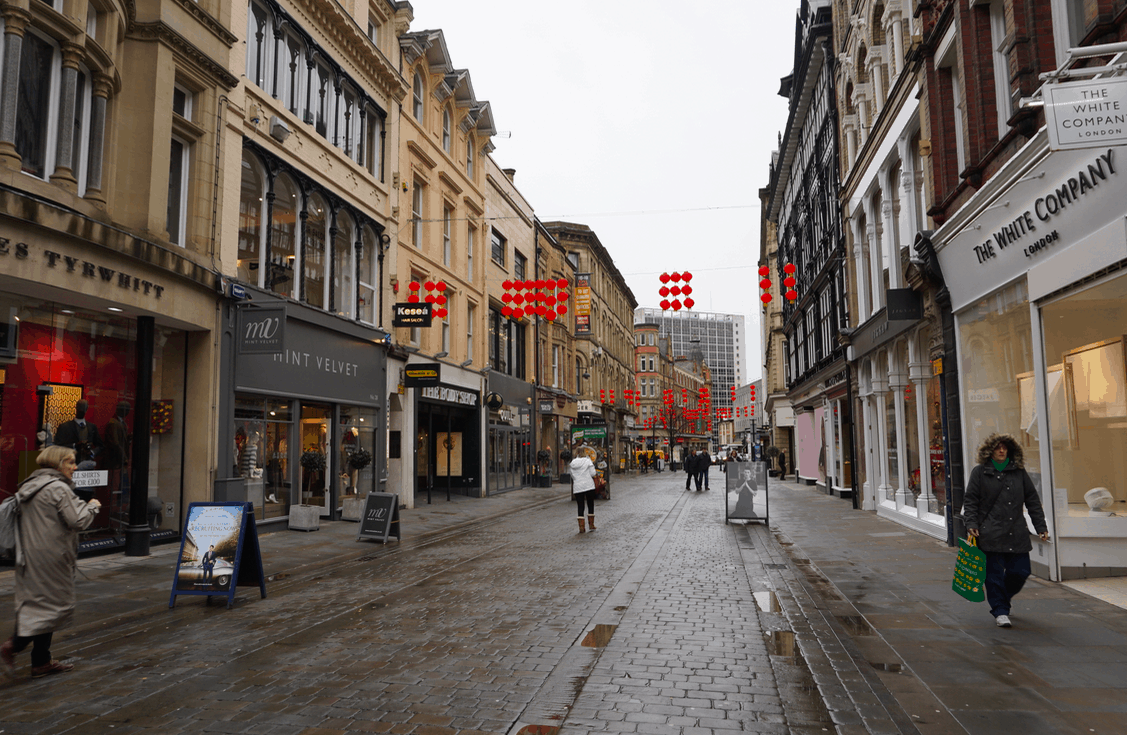 Here is a pick of some of my favourite events, but wow there is so much going on.

Manchester city centre will welcome in the Year of the Rooster with four days of celebrations.

2pm– 5pm – The Lion and the Unicorn with firecrackers, Chinatown 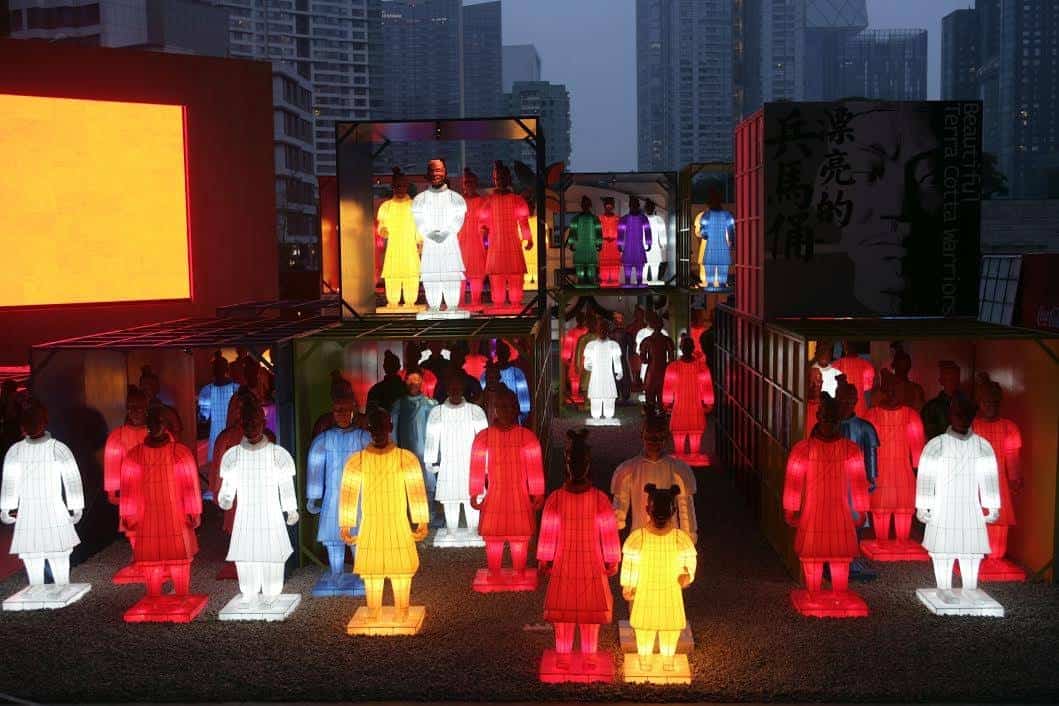 The Lanterns of the Terracotta Warriors

Walk amongst The Lanterns of the Terracotta Warriors – a collection of 40 lantern warriors inspired by the famous ‘terracotta army’ accidently uncovered in 1974 in the tomb of China’s First Emperor and widely regarded as the 8th Wonder of the Ancient World. Artist Xia Nan’s brightly coloured lanterns, which stand at more than two metres tall, bring together two key features of Chinese art and culture – the compelling story of the Terracotta Army alongside the 2000 year old tradition of lantern-making.

The acclaimed international exhibition was commissioned for the Beijing Olympics. And has subsequently appeared in some of the world’s most iconic locations including Sydney Opera House, Zagreb Central Square and Prague’s Hradcany Castle. 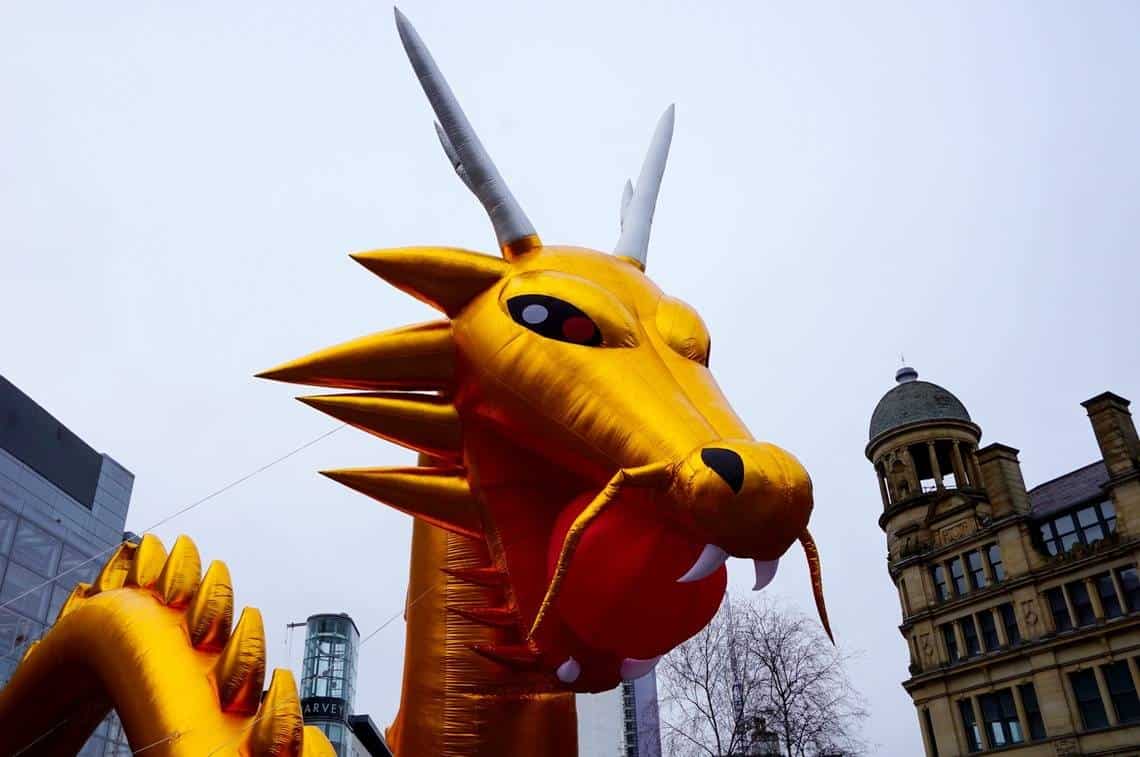 A glittering giant Golden Dragon will take river-side residence in Greengate Square for the long weekend. 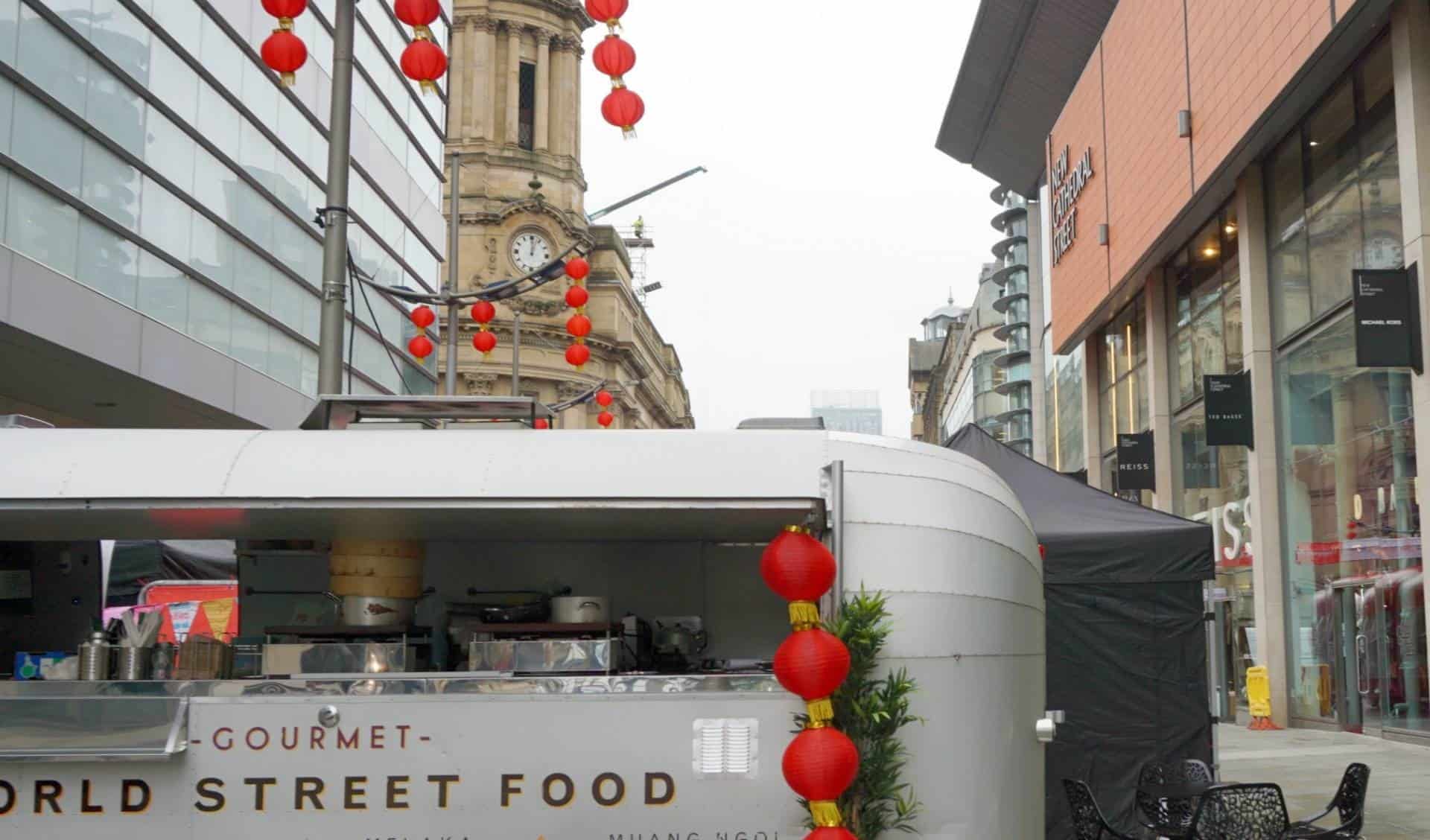 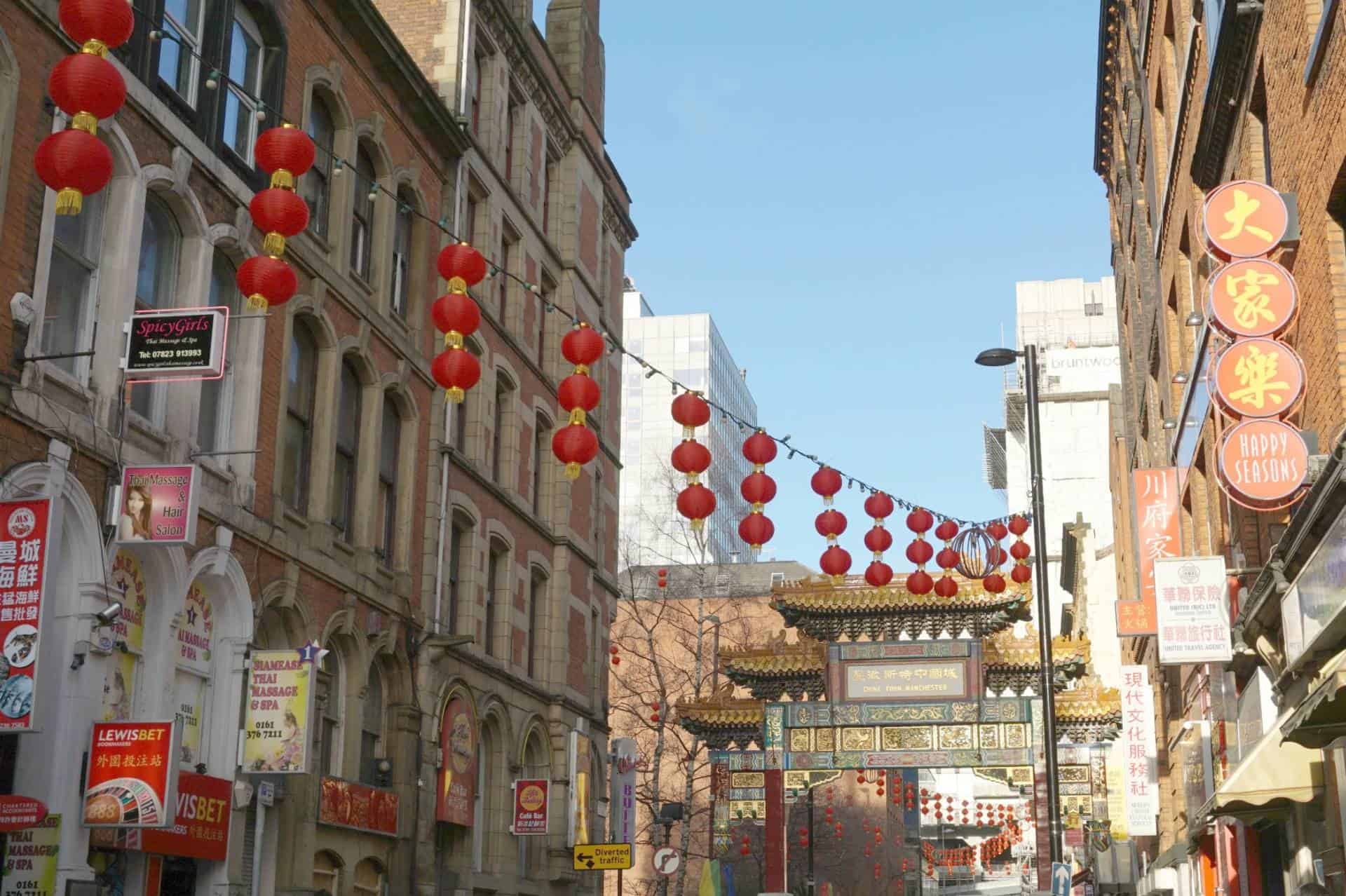 Transport yourself to the streets of Beijing in a lobby adorned with red lanterns at Hilton Manchester Deansgate. There, you can indulge in three courses of Chinese favourites, such as salt and pepper squid or classic duck spring roll with a sesame, soy and honey dipping sauce, followed by delicious mains including Bok Choy vegetable stir fry and Tempura Kind prawn garlic, chilli and ginger chow mien.

If you can stomach a dessert after all that, try the decadent banana fritters in syrup, accompanied by a cup of traditional Chinese tea. Head to the panoramic sky bar, Cloud 23 for a Chinese-inspired cocktail and crack open a fortune cookie to see what surprises 2017 holds. You could even try your hand at the art of calligraphy or Mandarin with exclusive workshops.

Manchester City Football Club will be celebrating its Chinese connections and bringing a touch of the Etihad Stadium to New Cathedral Street with a pop-up fan zone, including exclusive Manchester City merchandise, games and experiences.

The soundtrack to this year’s celebrations will be provided by local Chinese musicians including Henry Fung, showcasing traditional and contemporary instruments. Saturday’s entertainment will be programmed and curated by Manchester’s Confucius Institute.

Watch out for the roving parade of dancers, drummers, a stiltwalker and an iconic giant Rooster who will be weaving their way through the city’s shopping streets entertaining shoppers and creating a carnival atmosphere. Dressed in red, black and gold the 10-strong troupe will bring a show shopping spectacle to the celebrations.

Celebrate the Year of the Rooster at Central Library with musical performances, craft sessions, storytelling and archive exhibitions for all the family. Highlights include Chinese musicians performing on the erhu and the lute, a Chinese tea ceremony, lantern and kite-making craft sessions and face painting.

Join CFCCA to celebrate the Year of the Rooster through a series of new exhibitions and workshops exploring visual perception and lens based media, featuring a major new commission by artist Suki Chan in the galleries.

Families can get hands-on at Manchester Arndale’s Chinese New Year creative workshops in conjunction with Manchester Confucius Institute. Children and their parents can explore the traditional art of writing Chinese characters and use their newly learnt skills to make their own personalised paper lanterns and badges. Workshops are free however voluntary contributions to support the University’s Access Programme are welcomed.

Plus, they can be in with a chance of winning a luxury four night trip to Hong Kong including return Business Class flights with Cathay Pacific Airways*.

Surprise and delights red envelopes with a variety of treats to be won including beauty treatments and afternoon tea, fragrance bottle painting (28-29 January & 4-5 February) and complimentary engraving and embossing. 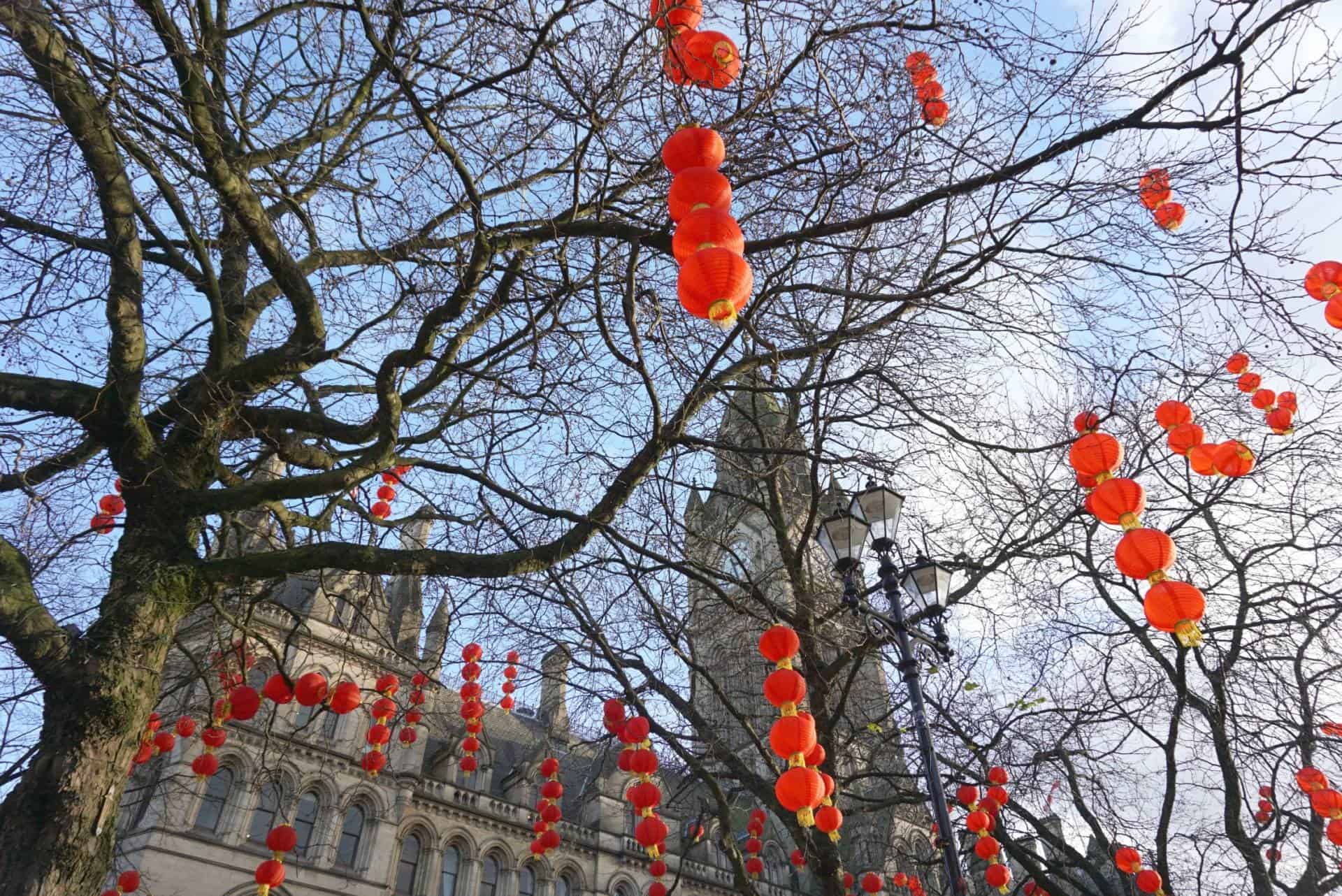 House of Fraser on Deansgate will also be handing out red envelopes to customers. Head in-store to see what offers and surprises await! Offers include £20 off £200 spend and beauty surprises. *Terms and condtions apply.

Sheridan Smith and Chris Peluso lead the cast of Funny Girl which comes to the Palace Theatre, Manchester in February.  Having enjoyed critically acclaimed and record-breaking sold-out runs at the Menier Chocolate Factory and Savoy Theatre.

And just announced return dates in the summer – from August 7 to 19 – when the tour will close at the Palace Theatre.

8 thoughts on “Whats On In Manchester In February?”