Skip to content
The thing that fills me with the most dread, probably my biggest fear in the world is Jack having a huge hypo. Hypo means that a diabetic persons sugar levels go below 3.9. Now if this is recognised and dealt with quickly then it is easily treatable, however failing to recognise warning signs could cause a temporary coma.

They key as a parent; is recognising the signs, generally when Jacks blood sugar levels go low he becomes stroppy. At times quite nasty, when he is very low. In the early days he was unable to recognise the signs, this always meant an argument would ensue to get him to test his sugar. We are very fortunate that although there has been some scary moments he has never gone low enough to be hospitalised. In fact fortunately we have only had 2 incidents where he was extremely low “that I would rather not experience again” on these occasions Jack has really worried me. 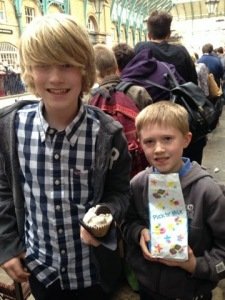 On these 2 occasions; both due to Jack  unexpectedly exercising after food, his eyes glassed over and it was as if he wasn’t fully conscious. Both incidents were very scary. In these situations the only thing that help is high sugar drinks like full fat coke or lucozade.  He was totally unable to eat and would not allow us to give him glucogel, which is designed to treat hypo’s. Yet I can get him to drink. 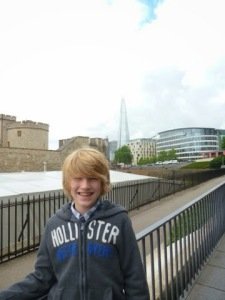 Minor Hypo’s should be avoided too, but when you are as active and sporty as Jack, it is very difficult to calculate some days. I am pleased to say, that these days, he is able to recognise the signs. Generally he feels hungry, this usually means his sugar levels are dropping. Once he recognises the sign Jack is able to test his sugar and if he is low; take a glucose tablet or eat something. Then wait for five minutes and re-test his sugar to ensure his sugar has gone up, if it had not then take another glucose tablet.

It is important to always be prepared, to be ready for these occasions I always ensure I travel with; Glucose tablets, lucozade “if we are away, I always carry a bottle for emergencies” energy drink for general sporting activity, and snacks. Fruit is better as it has slow releasing sugar rather than sweets which create an instant sugar rush, although they can be handy during a hypo.

We are so lucky that Jack is able to recognise the signs and has the sense to listen to his body and eat when he needs to. I just hope he continues to be this way into his teenage years.

8 thoughts on “How We Deal with Hypo’s”