Ok, where to begin with this one! Because if I am totally honest Hair The Musical left me feeling a bit shell shocked, but in a good, thought provoking way.

I am really hoping that was the whole point of Hair The Musical or I have totally missed the aim of this spellbinding show. Which quite frankly blew my mind in the oddest way imaginable.

Not wanting to generalise, but going straight into an apprenticeship and doing my degree at night school, I was too busy working to take part in the recreational, peace, drug scene of the 90s. There was very much two camps, conformer and non conformers and I was firmly part of the former, purely due to my life choices and where life took me. However lots of my friends were the latter.

Rewind to the 60s or indeed fast forward to present day, Hair The Musical National Tour transcends every generation. We can all relate to the hippy movement, to being part of it, or something similar or indeed not being part of it. But being observers of a movement or moment in time. 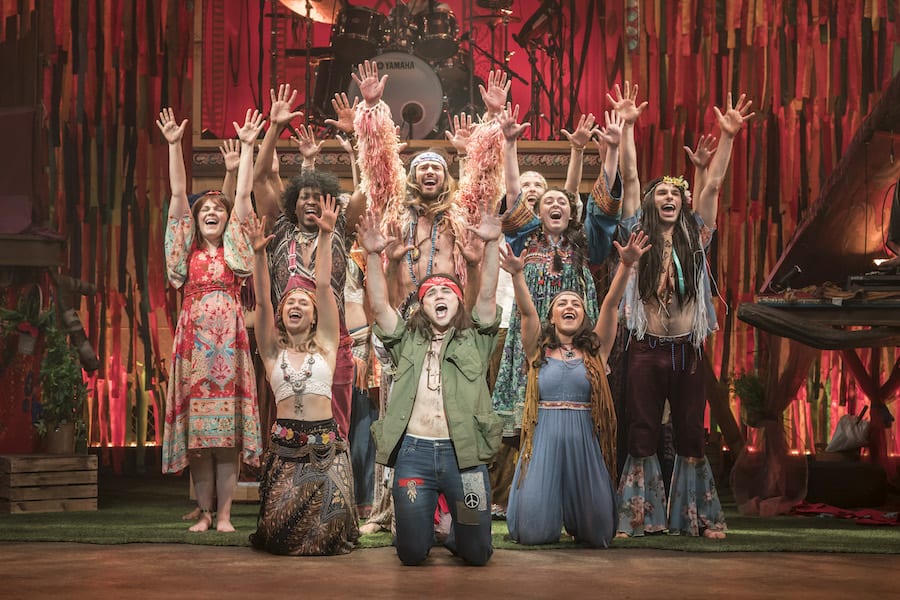 The hippy movement represents peace and free love in the 60s, all mixed up into a drug induced high that promotes the fact that the choice to live in a certain way is ok, as long as it fits with your beliefs. And Vietnam created the perfect platform for teenagers of the time to kick back and rebel against the high odds of death in Vietnam, should they choose to conform and be drafted to war.

It was a time of two halves, peace, free love, simple living and racial acceptance or the contrasting fear, war and racism. Who can be surprised by the choices young people of the generation made, the alternative was a dark place. Yet like everything in life everything isn’t black and white.

It’s interesting to see inside the minds of the characters, how they justify their choices that lead them to the hippy movement. Particularly Claude (Paul Wilkins) who is torn between doing his duty for America and conforming. Or being part of something the youth of the day were passionate about, Hair The musical reflects the struggle that all young people encounter. And how peer pressure no matter how well intended can really impact on ones decisions and choices whether they are for the better or not.

Every story uncovered a reason the characters discovered the movement, with the reinforcement of war and a changing world people found a common ground in peace and love. 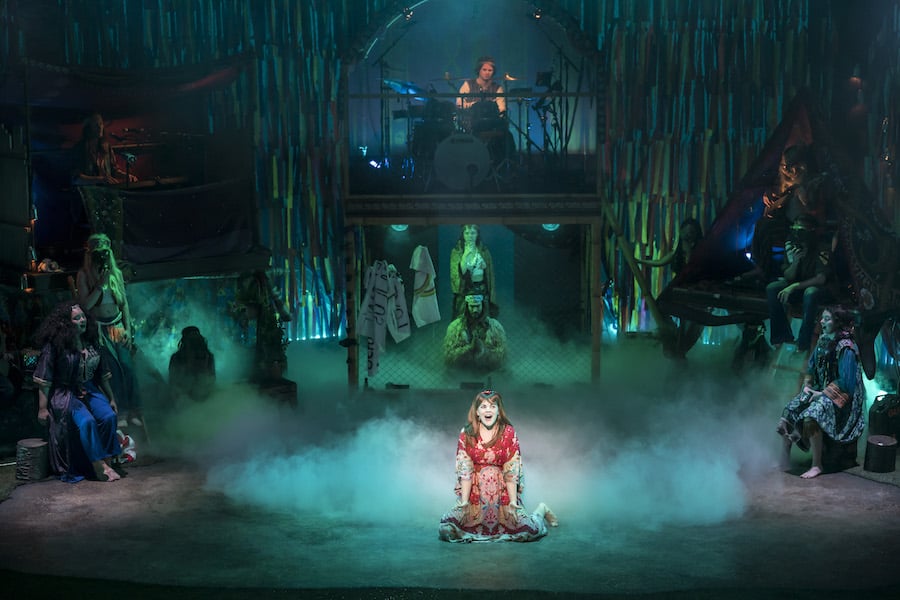 There was nowhere to hide with Hair!

The set does not move, it is beautifully colourful and sets the scene perfectly. However the cast are very much exposed, with only their acting skills and voices on show, no fancy set changes or costume changes to hide behind. The talent was astounding, from the sheer front of Berger (Jake Quickenden) to the stoned vulnerability of Jeanie (Alison Arnopp) each and every voice was incredible.

And the acting? I have never ever taken LSD but I left feeling that I had, the cast were able to reach into the audience and almost bring you into the minds of the characters until you felt you were there with them and part of the trip. That sounds crazy, but honestly I left Hair The musical feeling that I had been on the most powerful, crazy trip ever. That can only be testament to the outstanding skills of the cast. 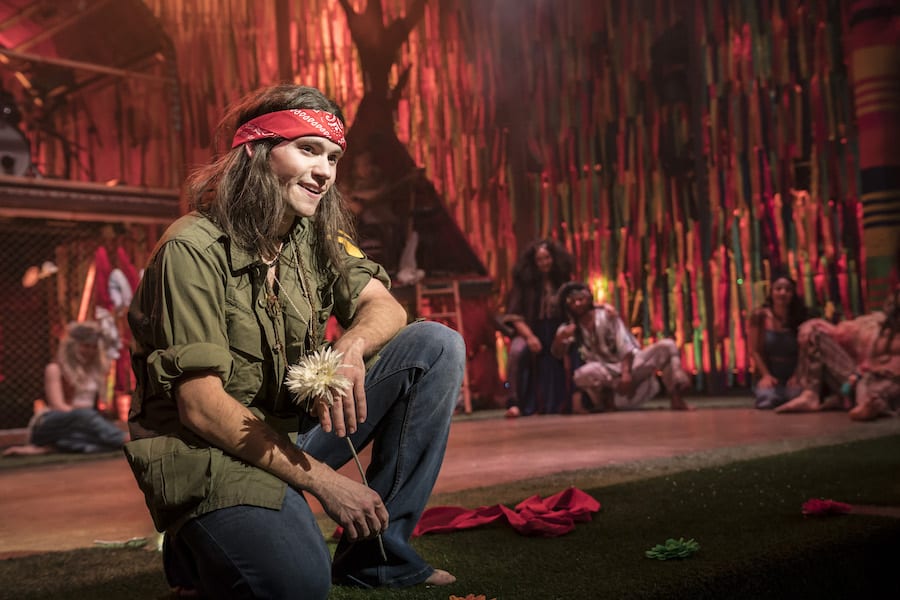 Would I recommend the Hair The Musical National Tour?

Absolutely, go with an open mind relax and enjoy the trip and you will love it. Don’t overthink it too much during the show, just open your mind and enjoy then analyse after. Hair The Musical is a powerful piece of art that takes you on a crazy journey, it has you evaluating and analysing life, humans and how we conform in society. Yet somehow when you are in the midst of it you almost don’t know what the hell is going on? Never has a show played with my mind like that before.

Hair The Musical Is showing at the Palace Theatre Manchester until the 13th April and then on National Tour until August.

I was gifted the ticket in return for an honest review, little did I know the experience was going to be such a crazy journey.