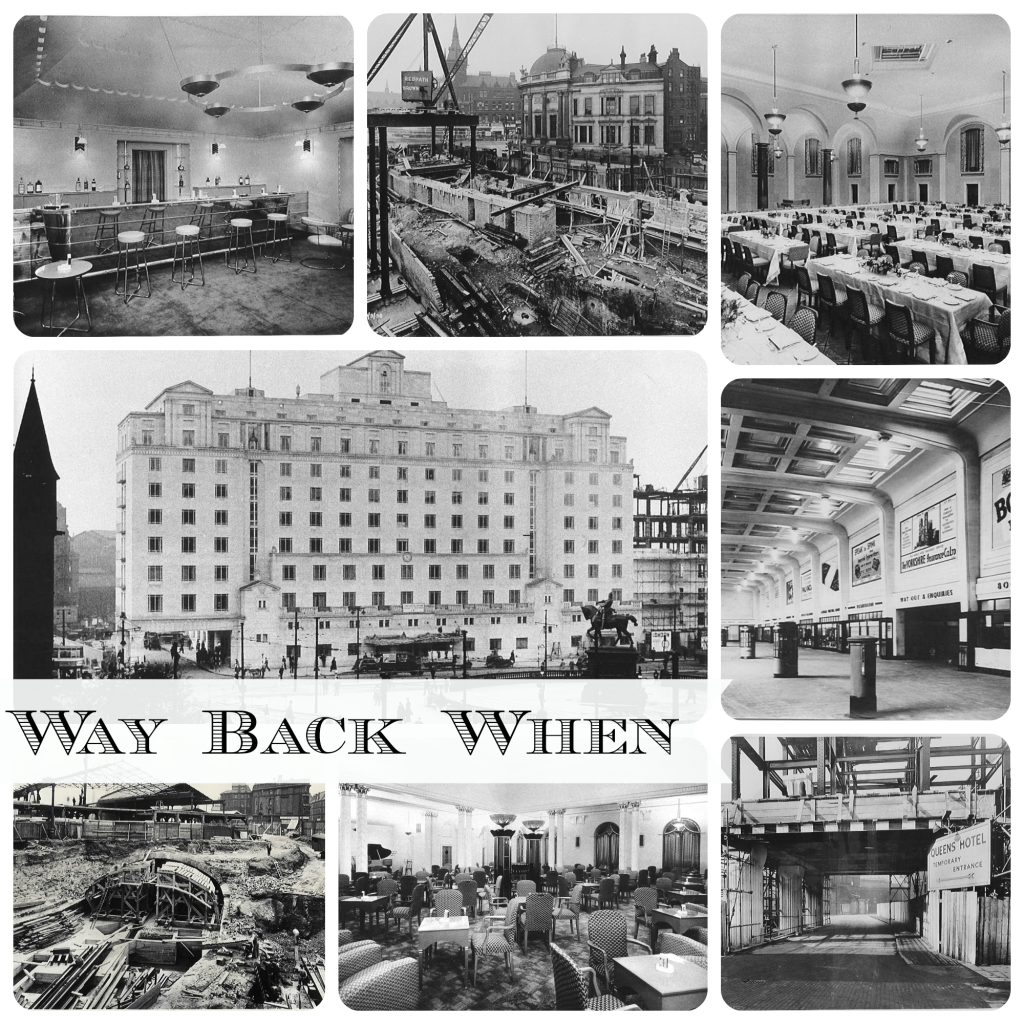 In fact I have discovered  that on Friday 14 March 1941, bombs rained down onto Leeds city from about 40 German aircraft. Before the all clear sounded at around 3am, bombs had hit areas including the Town Hall, the city’s museum and City Station. So the fact that this glorious and at the time brand new building remained standing proud over Leeds is a miracle.

The present hotel is a Grade II listed building, which is clad in white Portland stone (Did you know, if you look closely there are fossils in Portland stone, the boys loved this) in a beautiful Art Deco style, and is the closest hotel to Leeds train station. Being next door, this makes it such an accessible location.

Blimey this started out as a review of the Queens and turned into a trip back in time. But you can’t stay in such a stunning building that has been restored to give you such a strong feeling for an era (In case you didn’t guess, if I could go back in time it would be to the 1930’s) so this was a real treat for me. And I can’t let this wonderful history and beautiful restoration outshine our wonderful experience.

I can honestly say that it was wonderful taking the boys to such an iconic piece of British history. I have honestly fallen in love with Leeds and the stunning Queens Hotel.

Just a note to the Queens, the lovely photo with the Queens Chefs and the cake would not let me add it to the post. No matter what I do, it downloads then disappears. How odd?  But that picture does not want to be in this post.