When Stella Saxby (Georgina Leonidas) wakes one snowy morning from months in a coma to find that her parents have tragically died in a car accident, and she is now an orphan. Much to her horror that she was being cared for (held prisoner) by her Aunt Alberta (Timothy Speyer) but only while she finds the deeds to Saxby Hall and can dispose of Stella for once and for all. 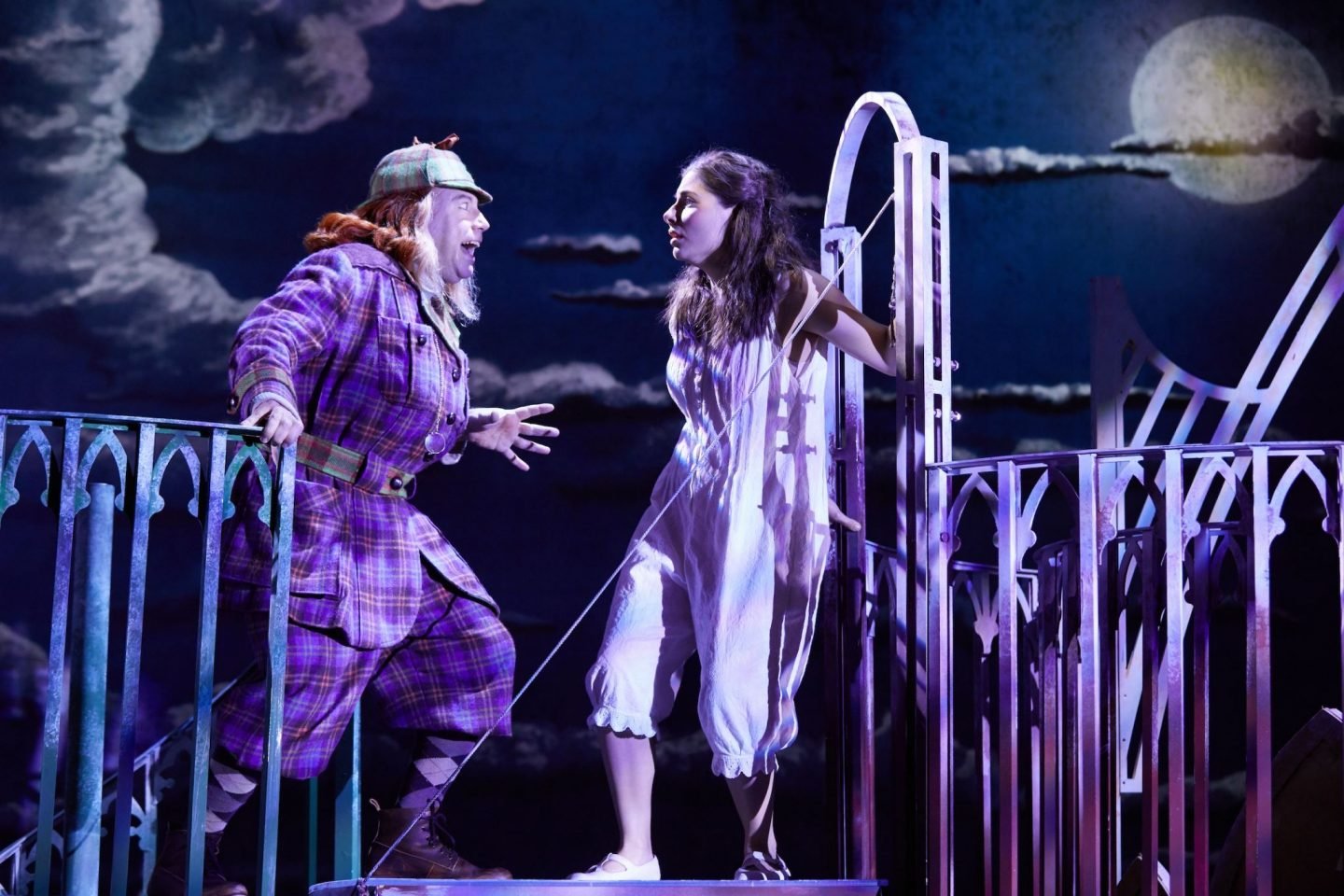 After an initial escape attempt where Stella and caught.

Which is played out in a clever and very cute scene with actors and their mini versions in puppets. Stella is captured by Wagner (Roberta Bellekom), Aunty Alberta’s loyal and long serving owl and locked in the coal cellar.

Alone and desperate Stella overcomes her fear of ghosts and makes friends with Soot the ghost of Saxby Hall. (Ashley Cousins) A child chimney sweep who was killed sweeping the chimney many years before. But also swears he has visited Saxby Hall before that fateful day. 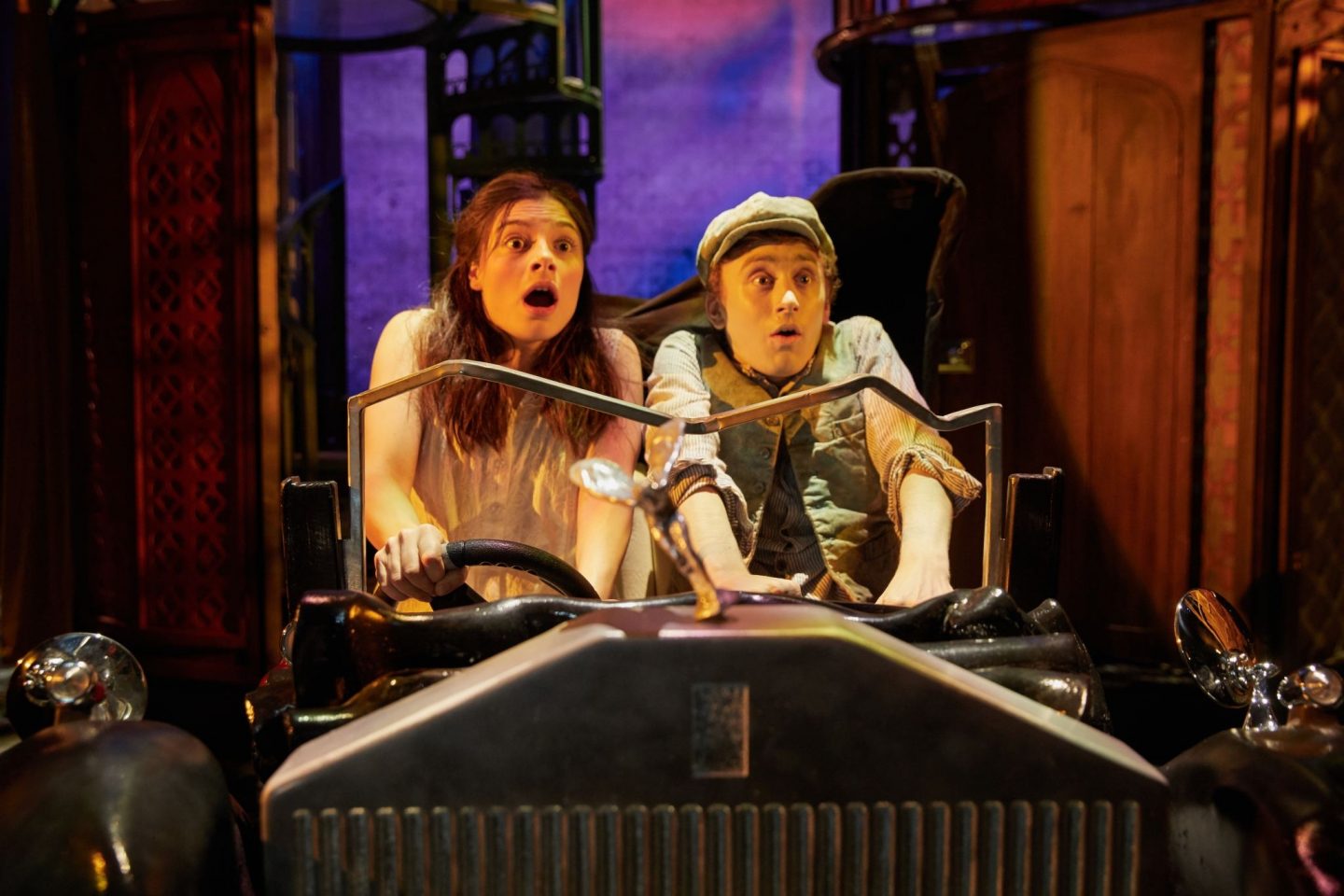 Stella quickly learns, that despite her privileged life and being heiress. She is able to befriend Soot the cockney workhouse boy and finds common ground in the shape of Sherlock Holmes. And they endeavour to discover what really happened to her parents.

Soot and Stella set off on their mission to solve the crime and rid Saxby Hall from the clutches of Aunt Alberta and regain her title of Lady Stella Saxby.

Whilst Gibbon (Richard James) the butler of the Saxby House pops in and out of scenes in a state of senile dementia Showing the descent of his ability to comprehend the simplest of tasks and objects. Despite the clearly sad deterioration of his faculties Walliam’s weaves a comedy element into the lovable character that has people giggling along to his antics. 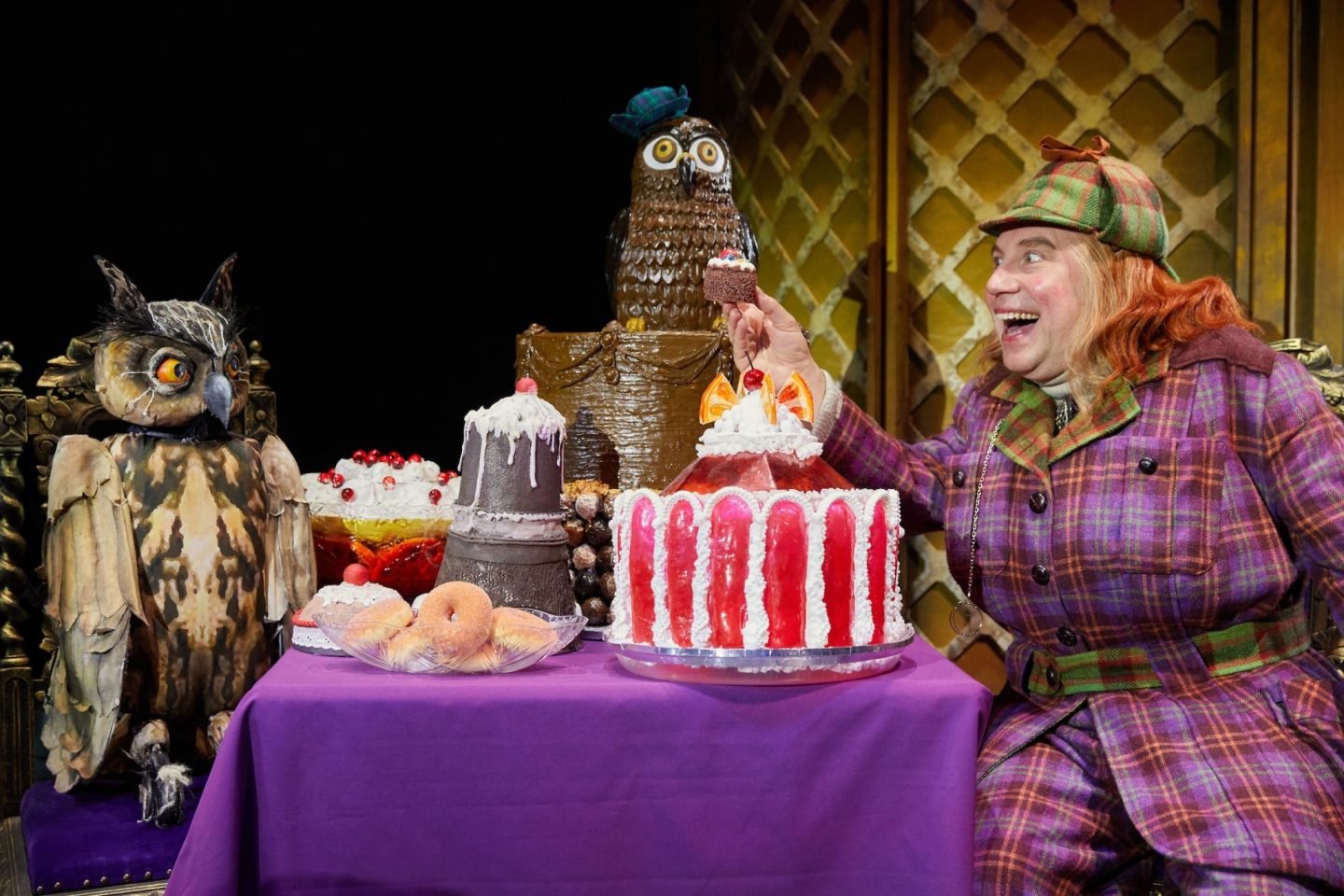 It took be a while to work out what the moral of this story was?

However that was because I was completely wrapped up in the tale and Stella’s plight. The story is one of friendship and loyalty and of how despite class or even species, friendships come in all forms. That truth, kindness, loyalty and friendship always prevails.

And most importantly why it is so important not to forget you were once a child and that you should always believe in magic, as you are never too old.

This is a lovely heart-warming play that had me giggling along to the gags and rooting for Stella and Soot to win the day. But also sent out the loveliest subtle message and that is exactly what I love about David Walliam’s.

Awful Aunty is on National Tour but is at the Manchester Opera House until the 24th June.