Last night I spent a couple of hours right back in the 80’s watching An Officer And A Gentleman At The Opera House Manchester.

Although I adored the 1982 movie, I mean come on who didn’t. This was the moment I fell in love with Richard Gere. When the whole world fell in love with Richard Gere. However I had no expectations of the show. I suppose because the film was not a musical. And although it was a love story, it was also quite gritty and if I am totally honest had no idea how this would transfer onto the stage. 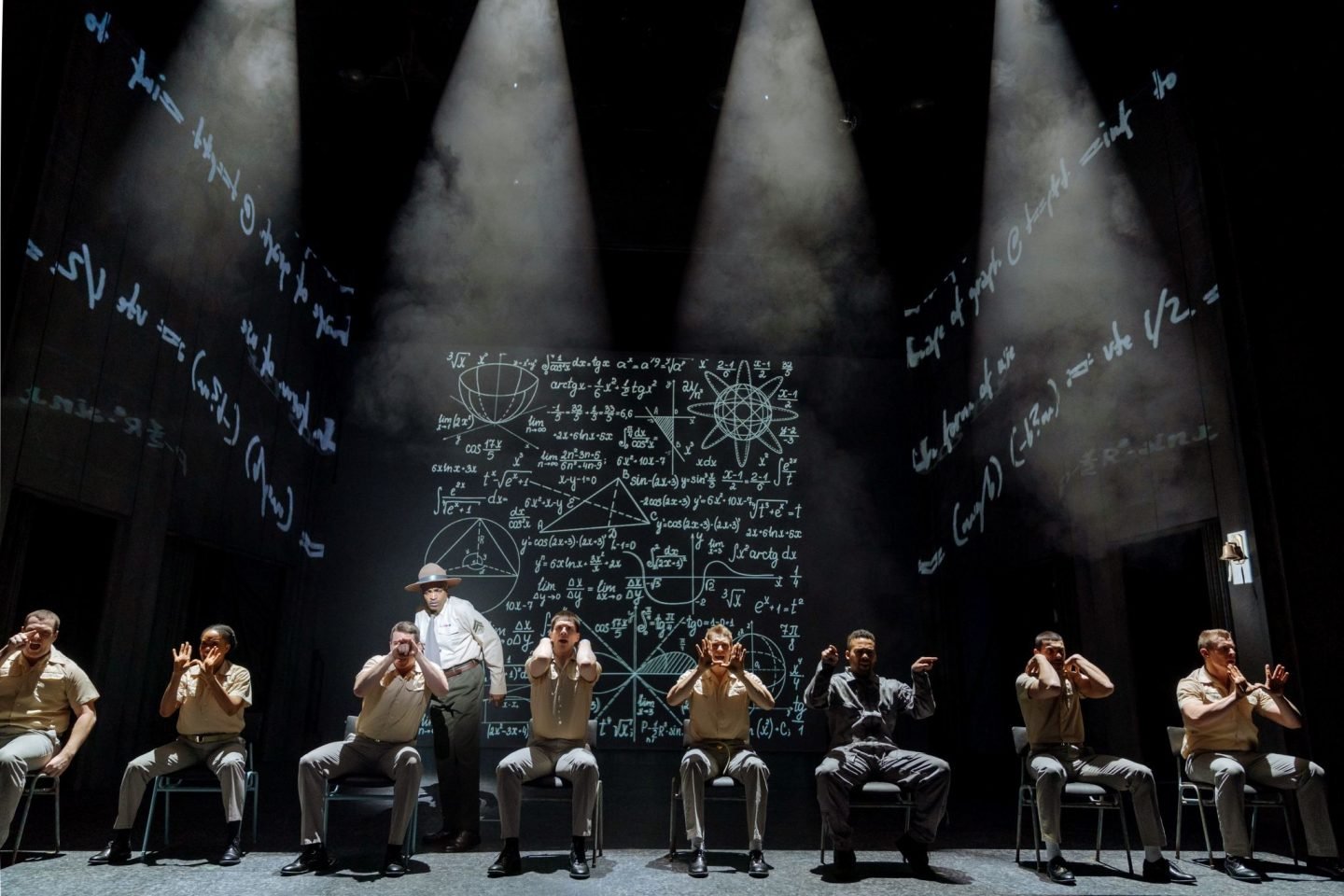 An Officer And A Gentleman was a wonderful musical tribute to the 80s.

I am sure this makes it one of those you had to be there shows. But that is a question I cannot answer as I was there. And as such, I loved every scene and every track. I marvelled at how the show was constructed around a truly wonderful score that took me right back to the 80s.

Yet An Officer And A Gentleman wasn’t dated.

And revisiting the 80s is a tricky endeavour. If you get it right it’s a fresh, cool celebration of everything that was great a good in an era. But get it wrong and you are left with a tacky nostalgia that makes you feel embarrassed to have been there.

The carefully chosen score tells the story of Zack Mayo (Jonny Fines), Sid Worsley (James Darch) as they make their way through Navy Officer training. How friendship and support can overcome, despite differing backgrounds. 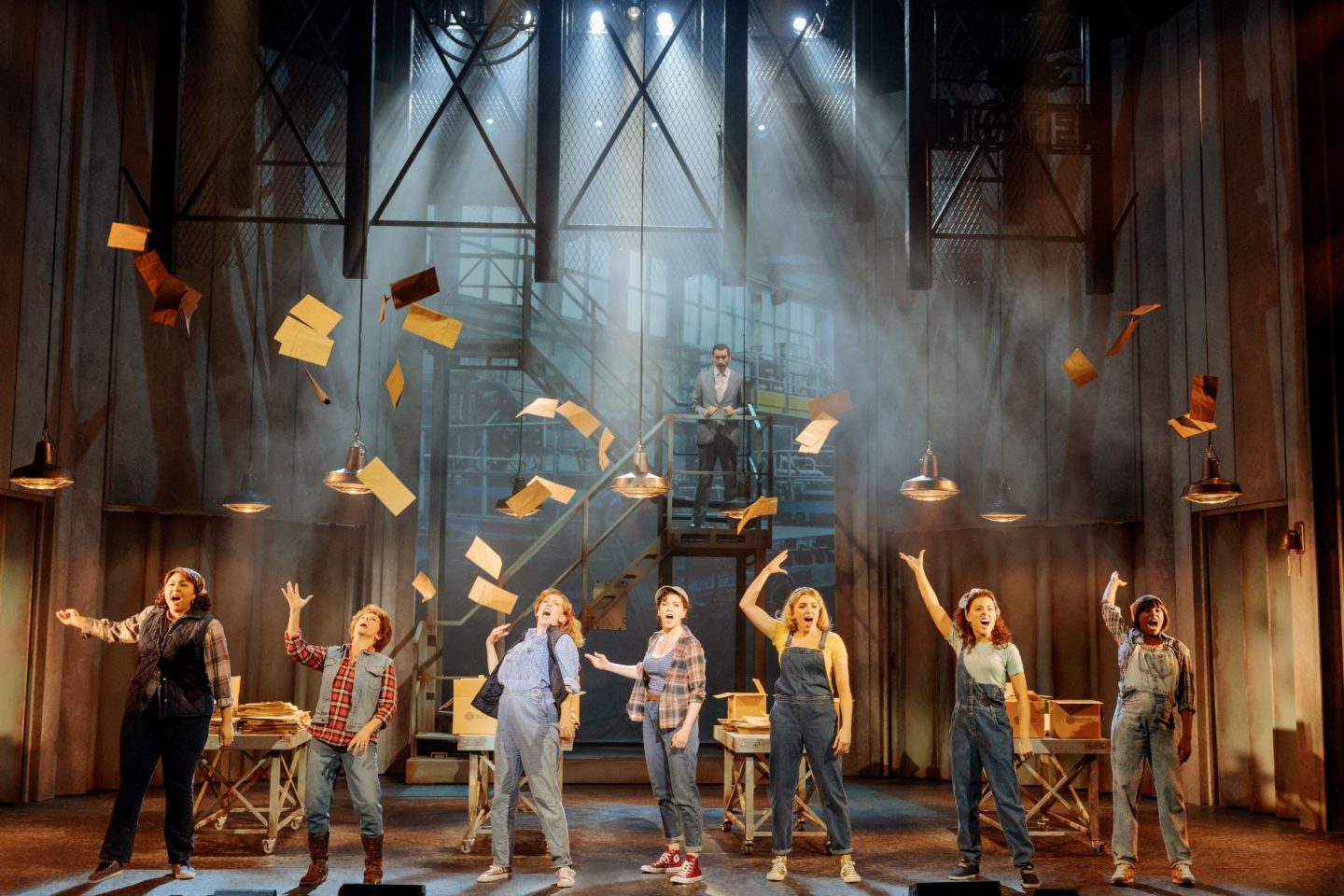 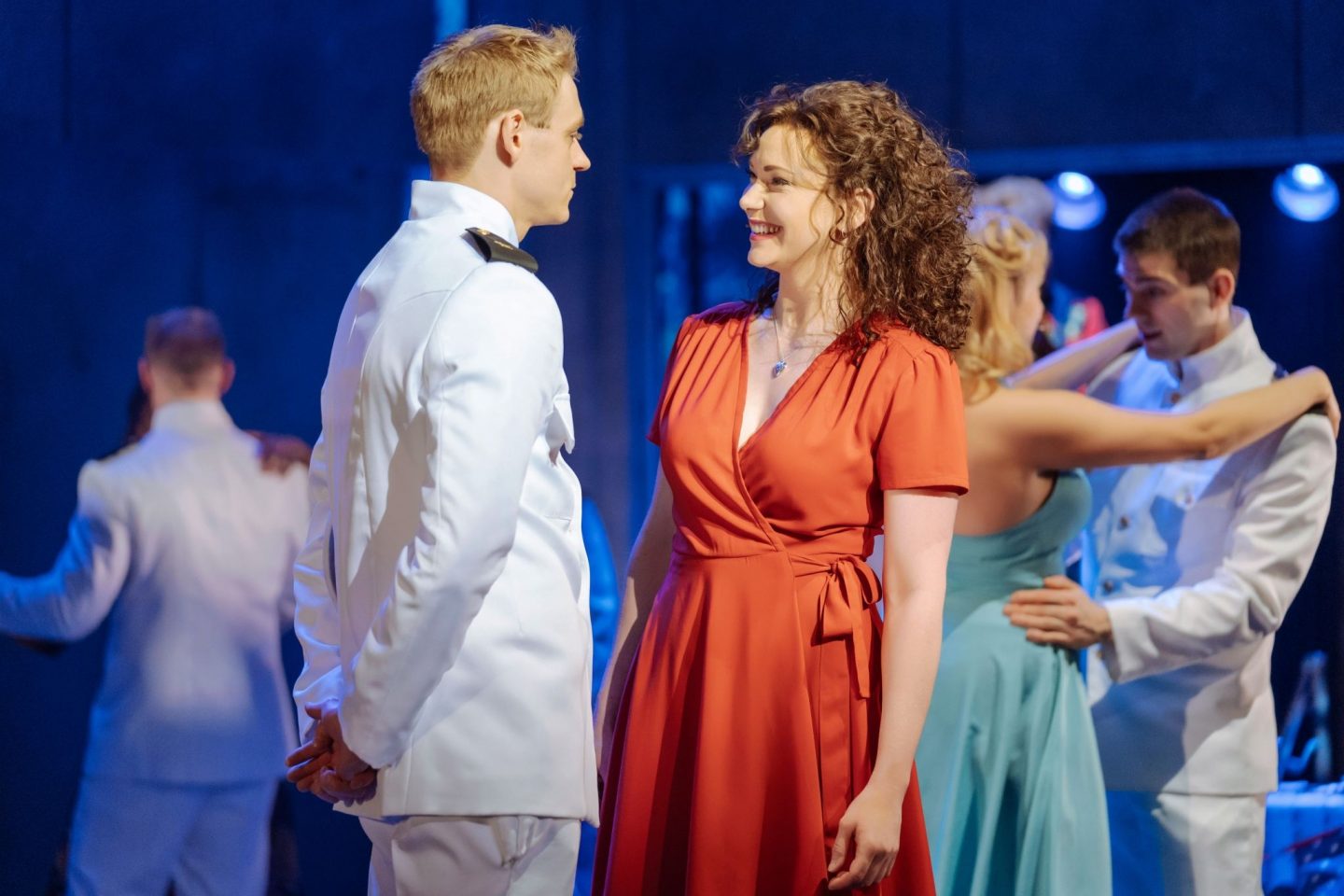 And that the grit and determination needed to get through and succeed is fuelled by life experience and not following a life path that is expected of you, but from a desire to change life for the better.

The leading ladies were spectacular with voices that did justice to the classic rock tunes they were belting out. Making them sound different and fresh. Lynette’s (Jessica Daley’s) versions of a Material Girl was a million miles away from the up-beat Madonna version and felt gritty and fitting to the story. Whilst Paula (Emma Williams) Sid and Lynette’s version of Alone was just stunning.

The Set Was Genius

Of all the show’s I have seen before this was one of my favourite sets. The screen projection added a whole new level to the story. Being able to move between reflecting thoughts and feelings to setting a seafront backdrop and the inside of a factory. It moved seamlessly and added an additional layer to the show that made it all the more believable and almost cinematic. 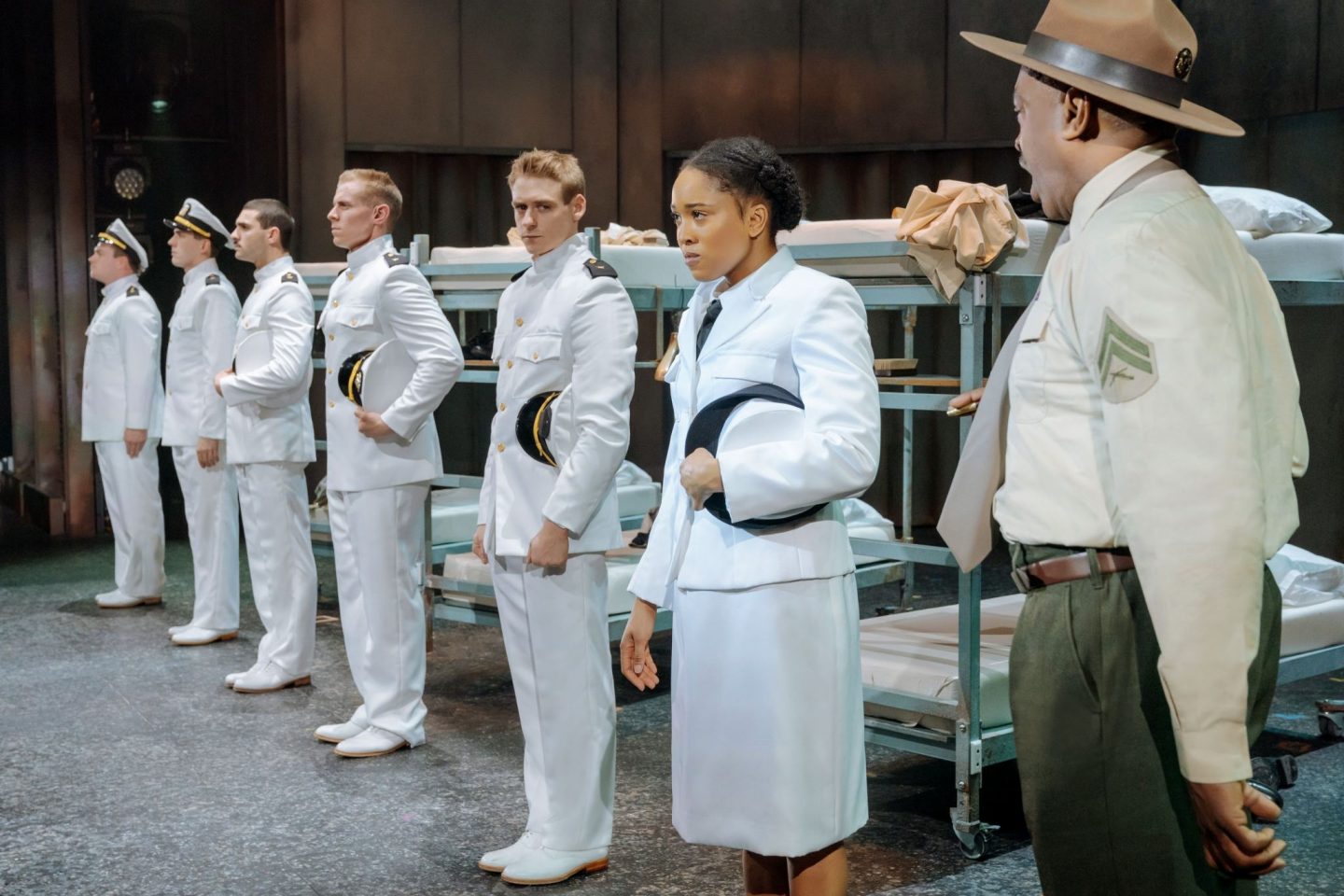 I came away from An Officer And A Gentleman feeling uplifted.

Although the story is one of struggle and human sacrifice that had a raw and gritty undertone. The wonderful cast and score that pulled together some of the best ballads of the 80s and made them work together in such an amazing way.

It reminds you of everything that was great about this truly amazing decade. Of how soft rock and power ballads that were so new and exciting at the time, have stood the test of time. And reminds you why this was THE love story of the year.

And if you were not about in the 80s?

Then an Officer And A Gentleman is love story that addresses human struggle, ambition, sacrifice and fear. But that sometimes, in the end love conquers all. With a soundtrack that tells this epic tale so beautifully and stood alone and felt fresh without its 80s roots.

An Officer And A Gentleman is playing at the Opera House in Manchester until the 18th of August with a signed performance on Thursday the 16th August. And moves on to the Kings Theatre Glasgow on the 10th September.