Anyone that follows me in Instagram knows that lights are my thing! I have always been the same. I am a little like a moth ha ha. Drawn to pretty lights. In fact I have been known to get a tad giddy about a gorgeous light.

Last week we were discussing a restaurant we had visited with friends. A few of them could not remember this amazing oriental place we had visited a couple of years ago. So I said “you know the one with giant light shades”. Of course they would know it now! Those lights were pretty spectacular. Huge giant lightshades and I mean GIANT. But no! They all looked at me like I was stark raving bonkers. Anyhow I digress. 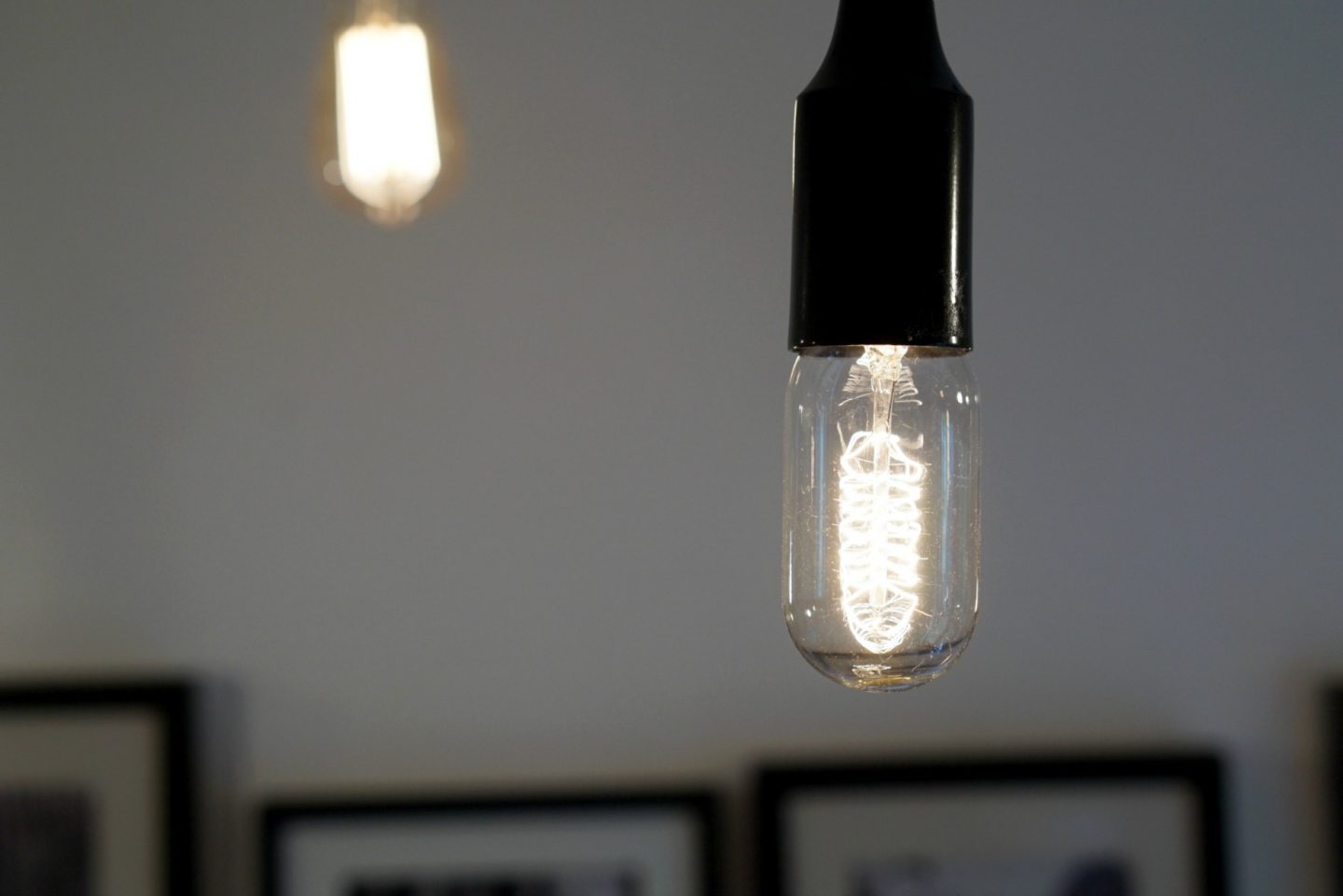 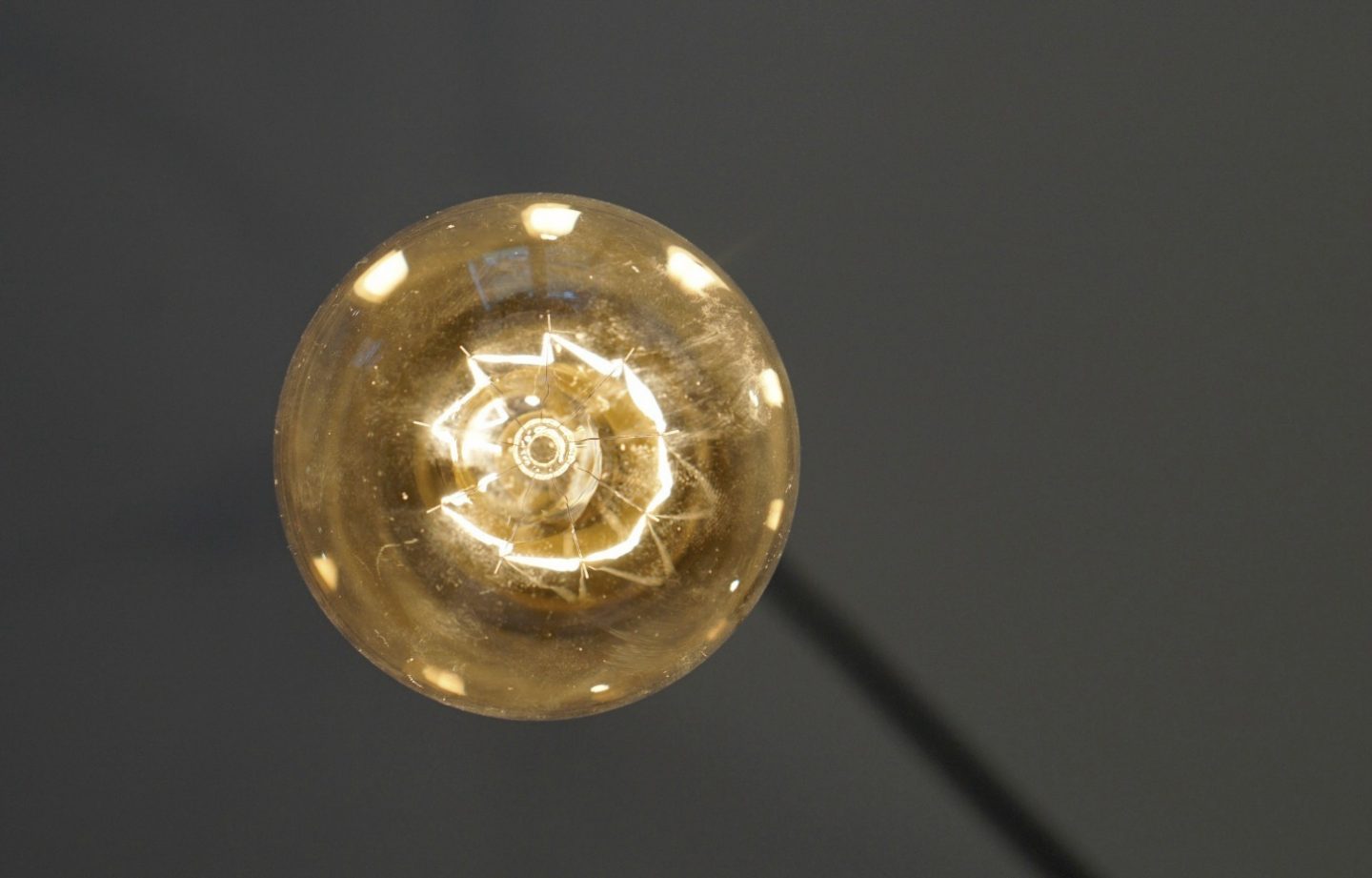 When we moved into out little country home, every single room was full of spotlights. At first I thought, worry not, we will fill the house with cool lamps. But after a couple of years I began to pine real light fittings, and as the trends have changed I have lusted more and more over gorgeous fittings and bulbs.

Hoorah for new trends and loft style lighting, as I was sat a couple of weeks ago wistfully staring at some funky loft lights and I had a light bulb moment. And after twisting Chris’s arm up his back ever so slightly we worked out a way of introducing at least one set of ceiling lights into our home. Excited may have been an understatement. As I chose and ordered my lights from Value Lights

The plan was to fit two lights to existing spot light sockets and then spread the spider cords of the lights around the ceiling.

When the lights arrived the cords were so very long. And that is where it comes in handy being married to someone qualified in such things. Chris was able to shorten and re wire the cords to the length we wanted. He had also ordered some stainless steel disks to cover some of the blanked out spotlights, with hooks to arrange the light flexes.

We opted for a selection of different Thomas Edison bulbs to give that loft vibe, and hang them at different lengths. The less uniform the better. 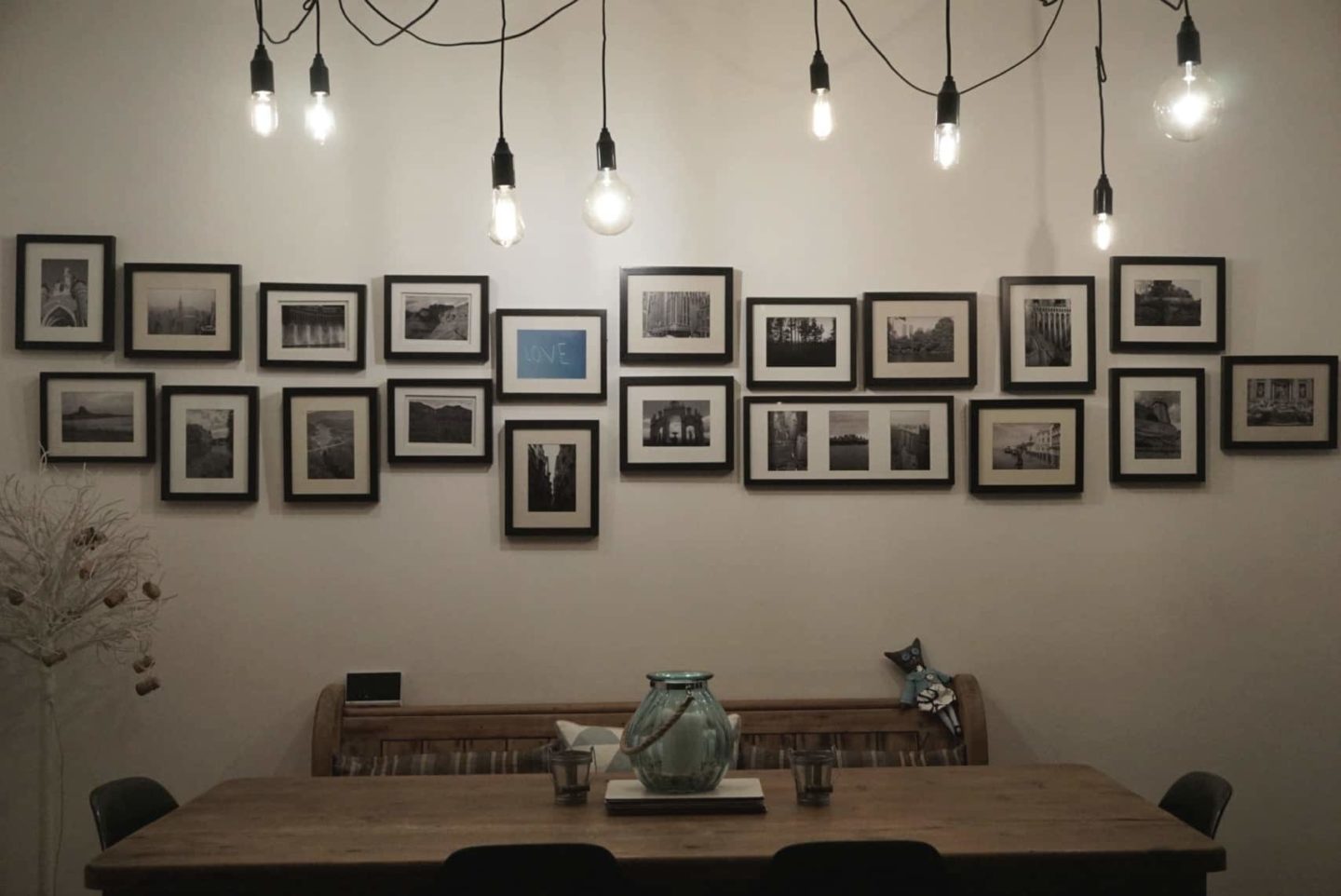 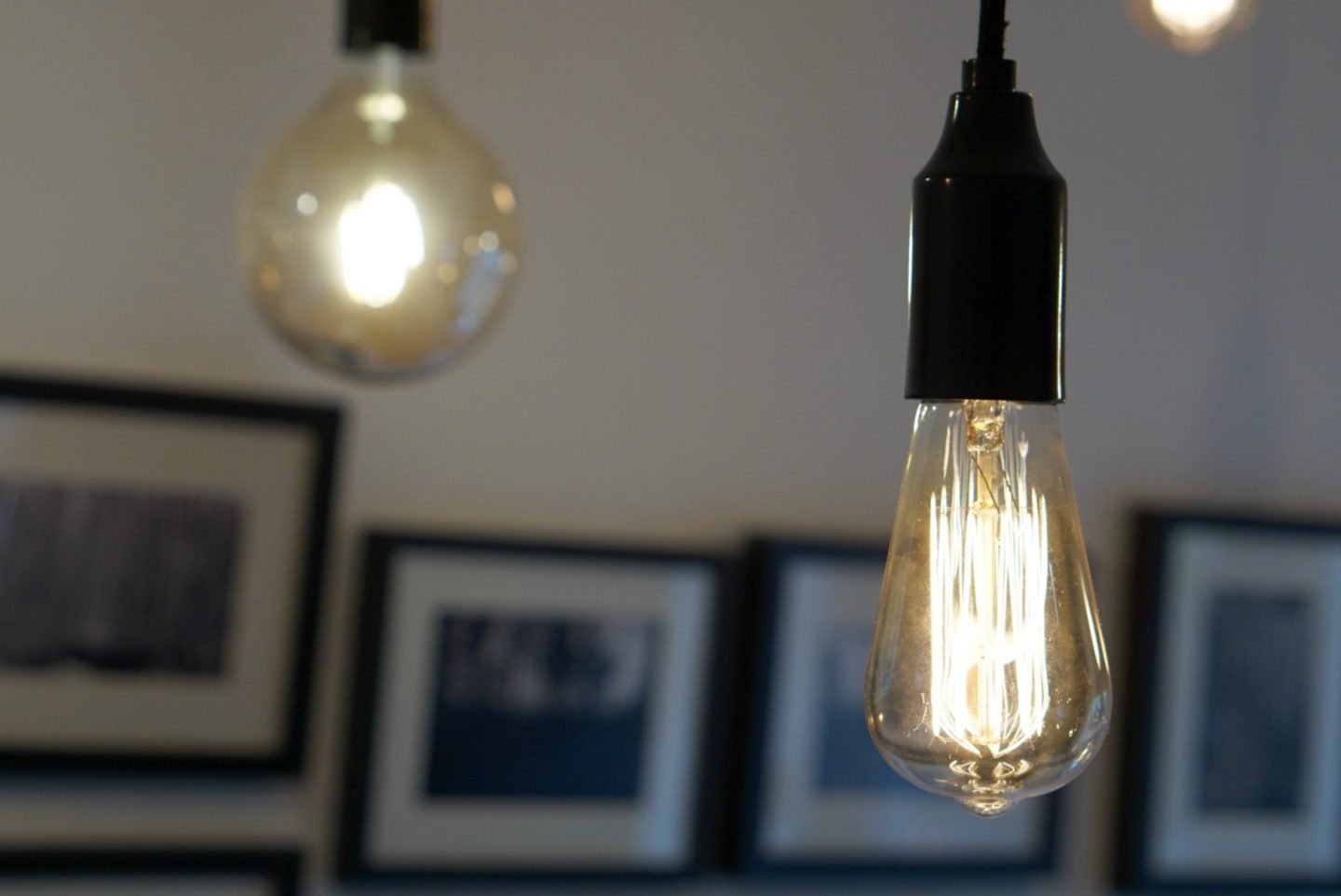 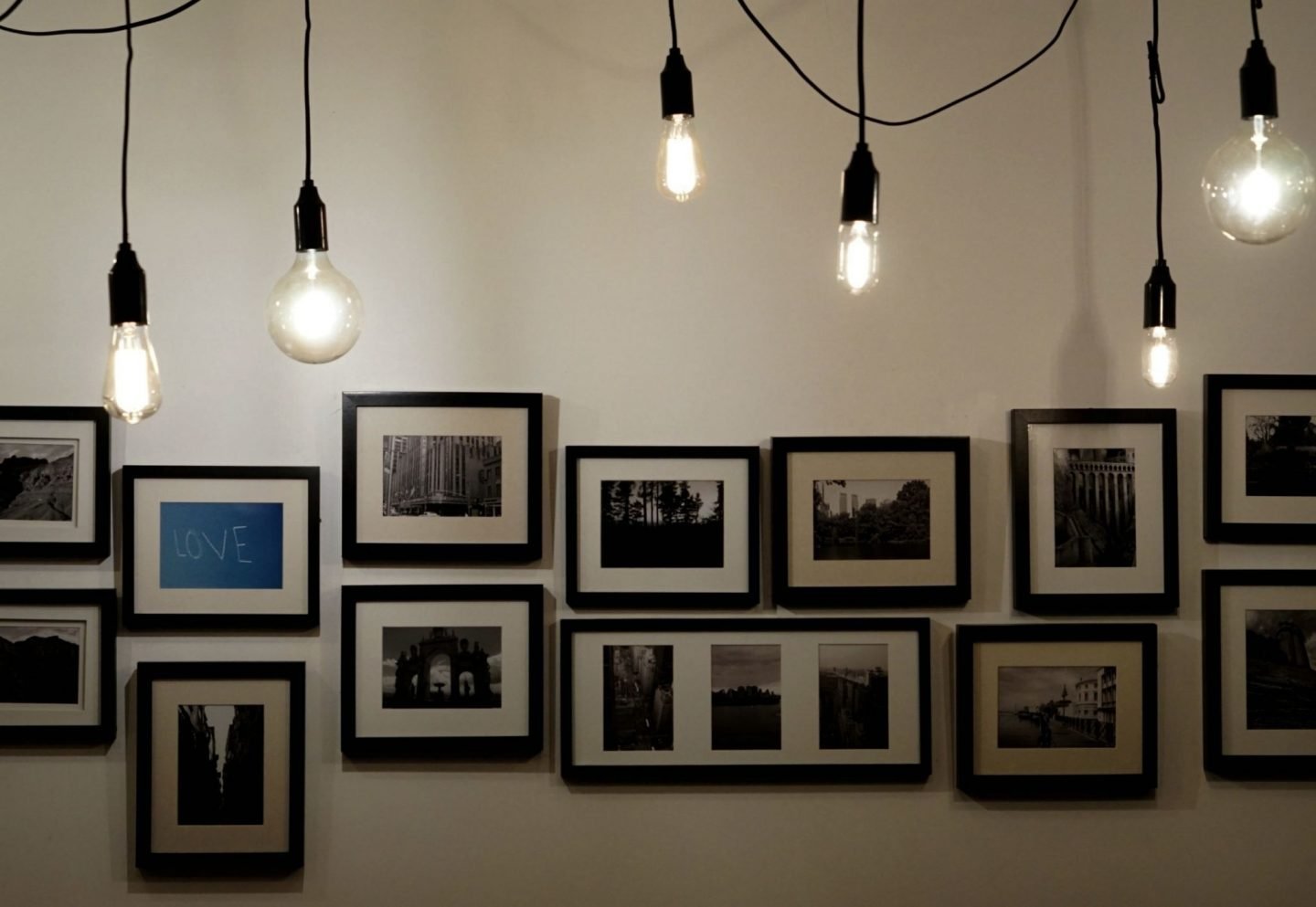 It has taken us over a week to get it how we wanted it to look and if I am totally honest to get used to having lights on the ceiling. After all this time lusting after them they felt sort of intrusive. But now we are thrilled with our new industrial style lights over our dining table. They look cool and funky and a bit chaotic just like out lives. So they fit in just fine.

And it just goes to show when your house if full of spot lights there is a way to have the odd coo ceiling light, you just need to be a little creative. Where there is a will there is a way. Next stop the bedroom, I have plans for a little light project in there too, but I will let Chris recover from this one first ha ha. 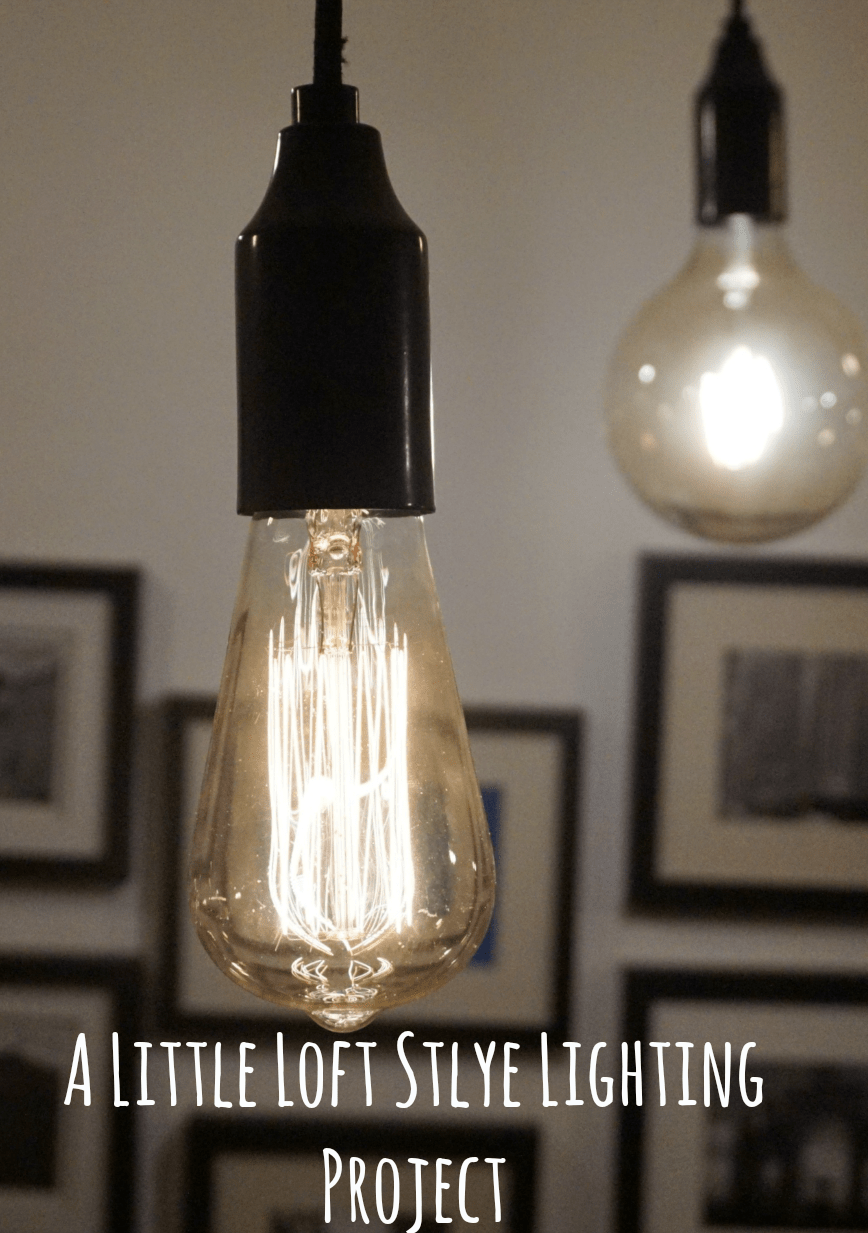