We have been asked lots of odd questions by well-meaning and kind people along our diabetes journey.  It is such a misunderstood condition, one that has all sorts of myths surrounding it. So I thought I would share a few and dispel those myths. 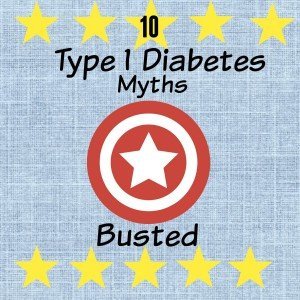 But do you know what? I always look at my mostly healthy teen, who just needs a drug to help his body manage sugar in his system, and think his diagnosis could have been a million times worse.

Yes he has to look after himself a lot more than other teens. Yes we always have that risk hanging over us, but we know the risk is there. Its easier to deal with something you know isn’t it? Yes I would rather him not have it, but that never been a choice, we have to deal with it in a positive way. It’s the best chance he has of long-term health.

But we are very proud of our brave boy who at 10 took it on the chin, dealt with it, has never once asked why me? or moaned.