There’s so much to consider when planning a trip to London, with a tremendous amount of things to see, and a lot of walking!

Taking a bus tour is a great way to see London and also understand where all the attractions are. Finding The Best London Bus Tour is a case of knowing what attractions you want to see in London and planning your route. Of course there are many ways to get around the capital, but taking a bus tour will enable you to really get your bearings of the city. I find if I have an idea in my mind where everything is, exploring is so much easier.

I thought it would be a great idea to look at the best London bus tour routes, and which routes incorporate the sights you want to see, enabling you to see all the London sights on your list during your trip. Do also check out my post for a few hints and tips for visiting London with Teens. Before we look at the best London Bus tours to take let’s look at some other ways to get around London.

The tube is the main source of transport within London and is a quick and easy way to get around. However it does have its pitfalls, if you are unfamiliar with the underground it can be overwhelming, and at peak times is pure pandemonium. I remember us once leaving an unsuspecting friend on the platform after the train doors closed! You have to be quick down there, especially at rush hour, which is no fun at all. 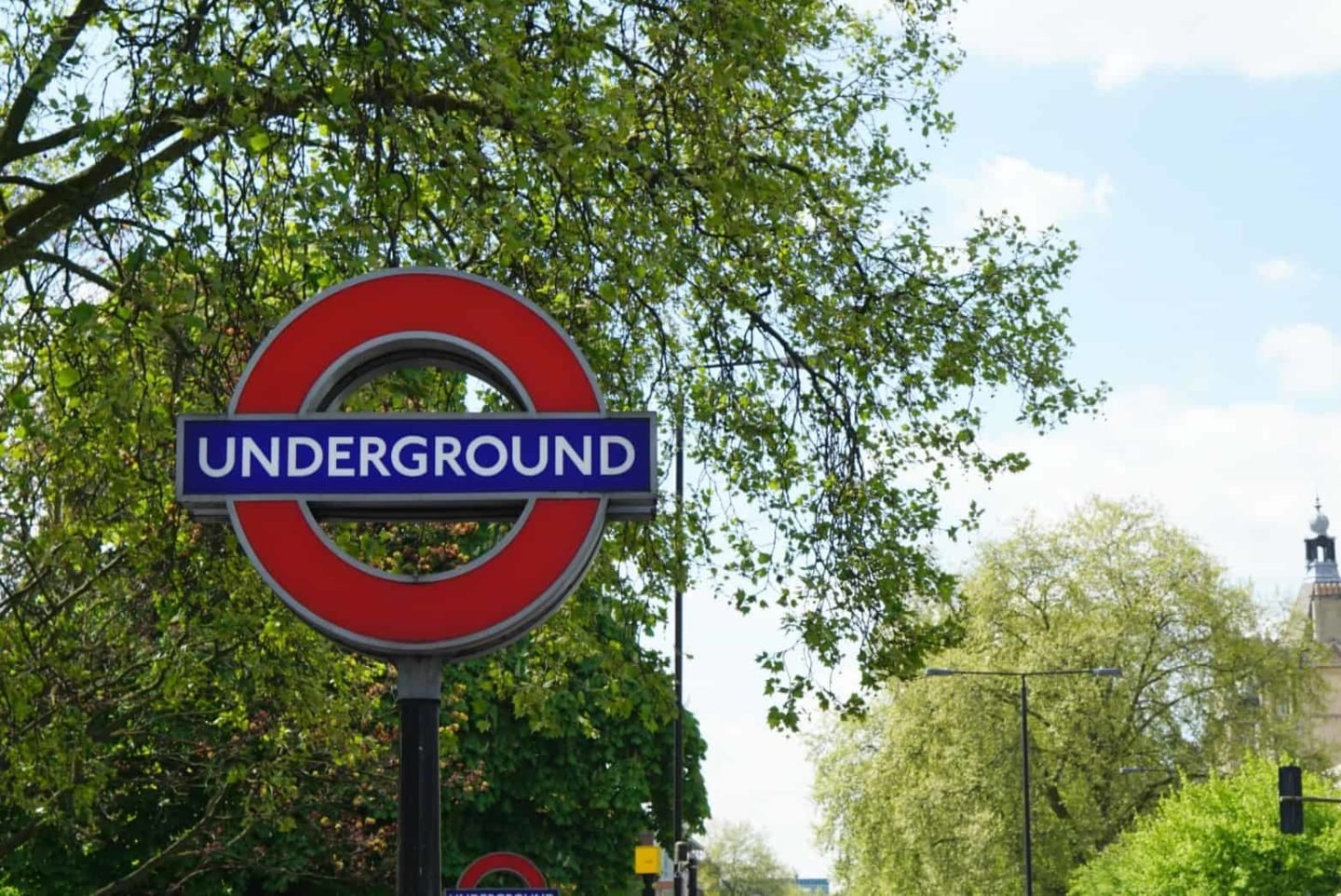 Taxi’s are also a great option, but you need to pick your time of day. If there is a lot of traffic it costs a fortune and you could walk quicker. However you can’t go to London and not experience a London Cabbie once, I don’t think I have met a miserable Cabbie yet. And ask questions, Cabbies love to tell a story! 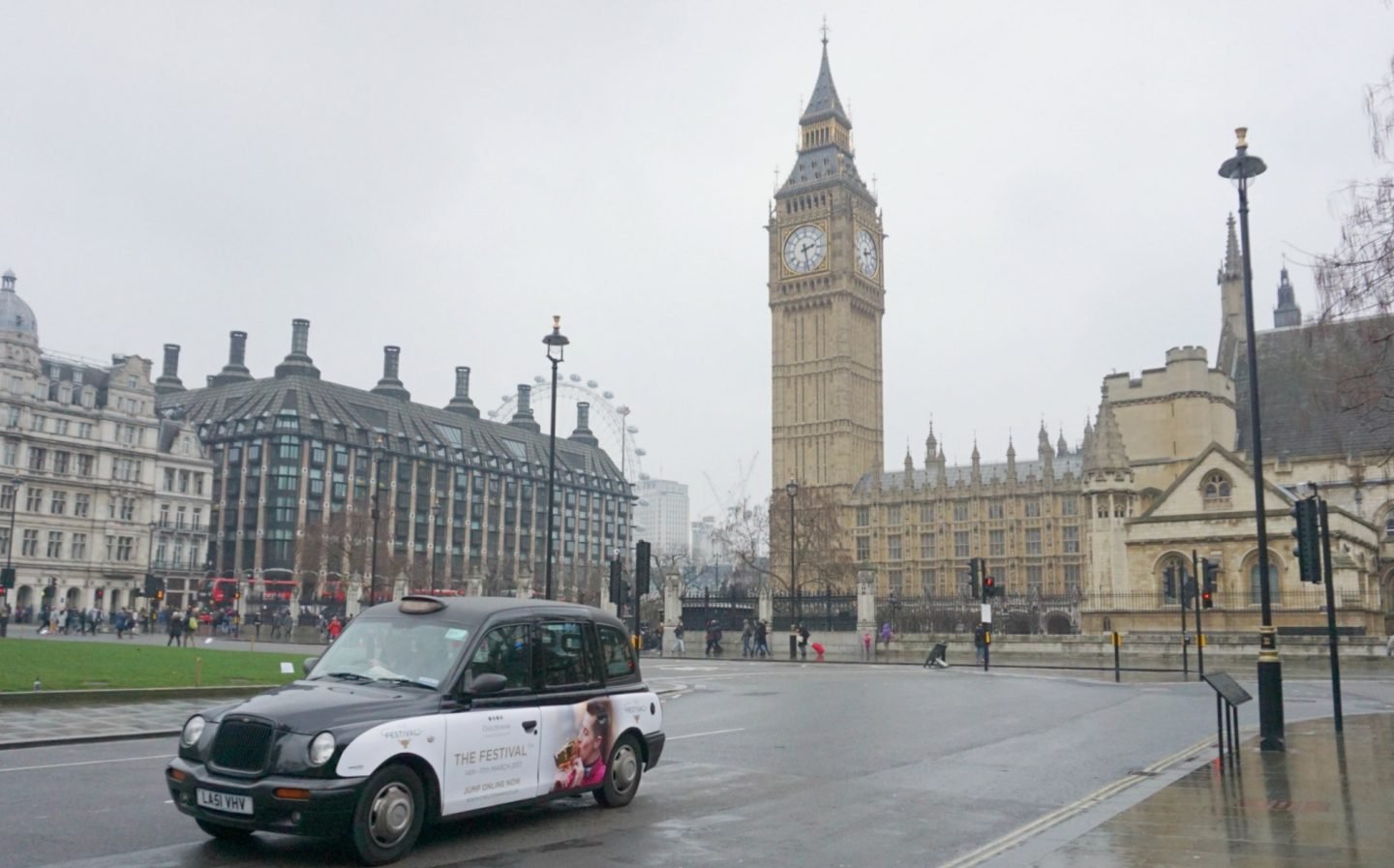 The Original Tour Hop On Hop Off Bus Ticket is the best London Bus Tour offering 6 sight-seeing routes  ( And 1 hotel connection route)  across over 100 bus stops, and complimentary hop on hop off river cruise access is also included in your ticket  price. Offering great coverage of London on land and water to really get the best of the city. You can even take the Electric Bus Tour if you want to keep it environmentally friendly.

I wanted to share my top attractions from each Original Tour Bus Route, the routes can be mixed and matched so you can see the London sights you really want to see. And you can jump on and off at any stop along the way. 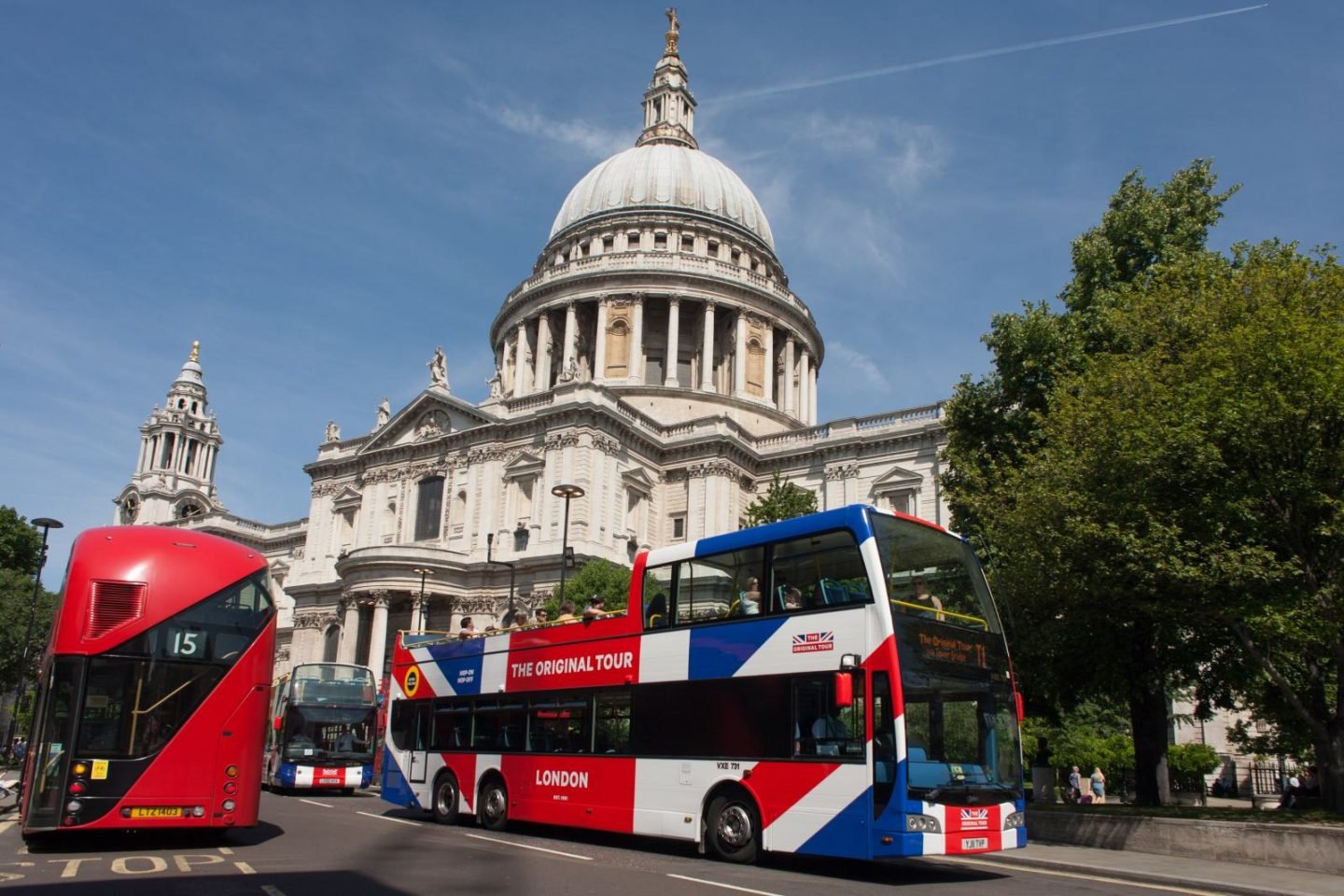 The main departure point for this tour route is located at Coventry Street, Piccadilly Circus but you can board the bus at any stop along the route.

T1 Yellow tours leave every 15-20 minutes from Grosvenor Gardens and  T2 headphone commentary tour leaves every 12-15 mins and live guides and recorded commentaries in 11 languages. (The Red tours run from Waterloo Road to Marriott Hotel/County Hall from 9am.)

Hop on the yellow or red route to visit The Tower Of London, Tower Bridge and the Shard.  If you have time the Tower Of London is sensational, you can’t visit London and not visit the Crown Jewels. However this is not a nip in nip out attraction, the Tower Of London tells so many different stories, give yourself plenty of time to take it all in.

For the best view of London go to the top of the Shard, or The Sky Garden.

From here I would take advantage of the hop on hop off river cruise and head back down towards the London Eye and enjoy London from the river, it offers the best view of Tower Bridge, additionally the views of the Tate Modern and Shakespeare’s Globe are better from the water. 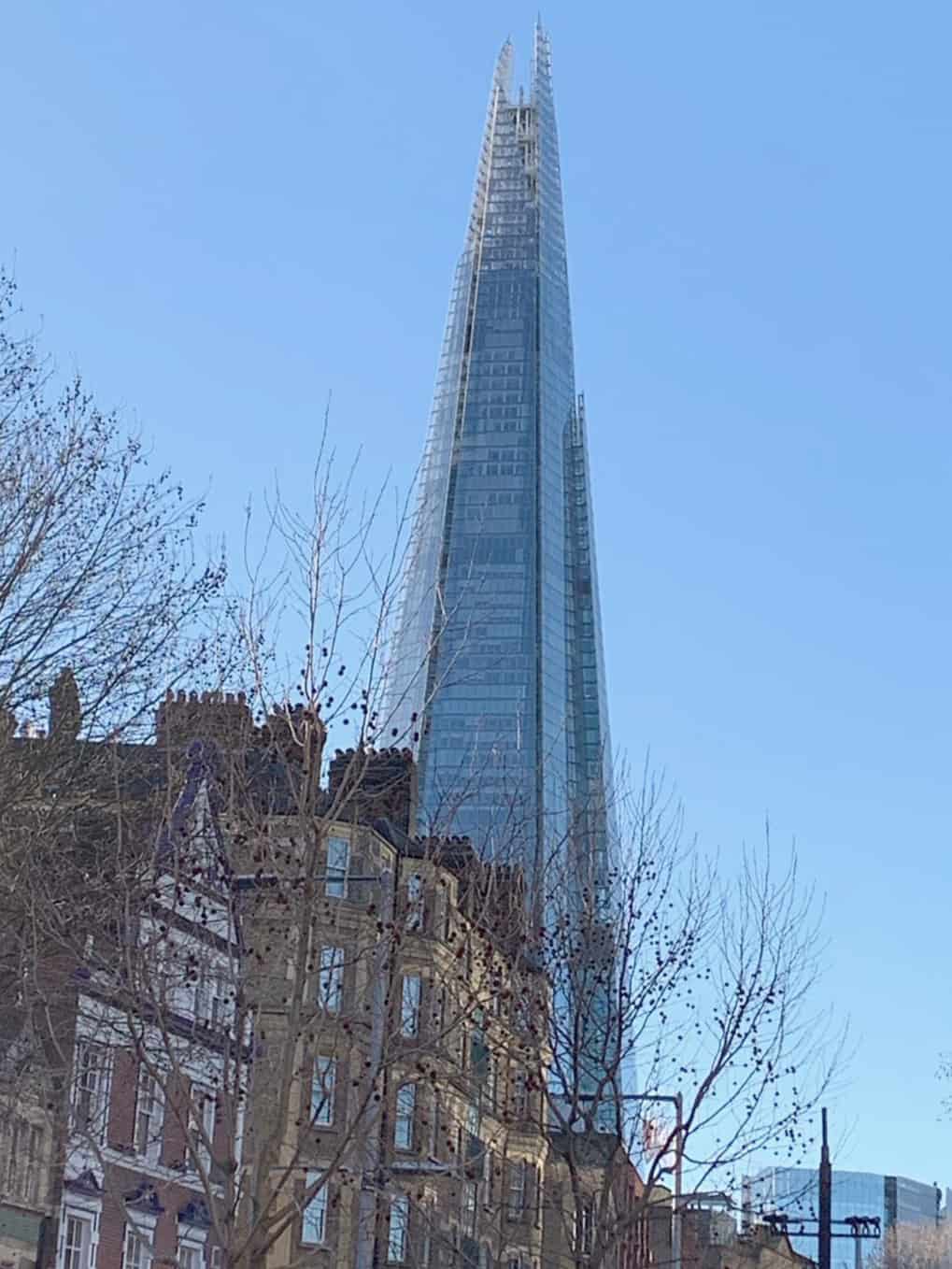 Is The Pink West End Route

Buses run from Waterloo Road to Marriott Hotel/County Hall from 9am and run every 30 minutes.

The pink route is the best London bus tour for visiting Buckingham Palace and horse guards parade, no London trip is complete without seeing the changing of the guards. If the weather is good nip to Marks and Spencer’s just next door to Green Park Tube station and grab a picnic to enjoy in Green Park, before wandering across the park to see the Queen.

Whilst in the area don’t forget to check out the grandeur of Westminster Abbey ( There is a fab traditional London pub opposite which is a great pit stop) Highlights of the pink route also include Parliament and Big Ben (even with its scaffolding, which isn’t due to come off until 2021) 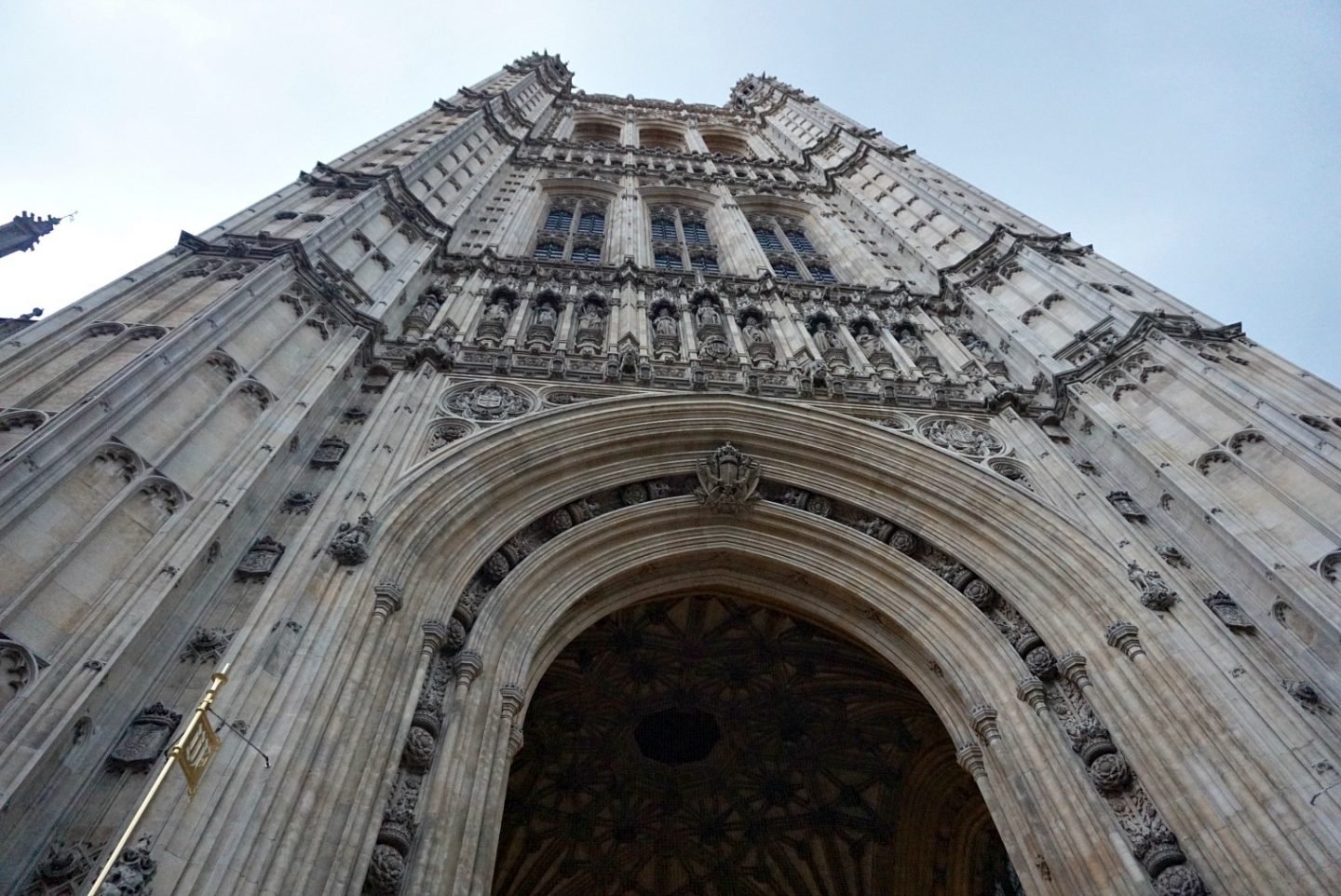 If You Want A Bus Tour That Stops Near Harrods

The Blue route offers pre-recorded commentary available in 11 languages and runs every 20- 30 minutes from Kensington Road.

Personal highlights of the Blue Route include the Victoria And Albert Museum, ( Check out the Mary Quant exhibition starting in April, and the Christian Dior exhibition which is running until June.)  The Royal Albert Hall, Science Museum and Harrods.

If it is a nice day take a walk through Hyde Park where you will find the Diana Prince Of Wales Memorial Playground, the Peter Pan Statue and The Prince Albert Memorial. 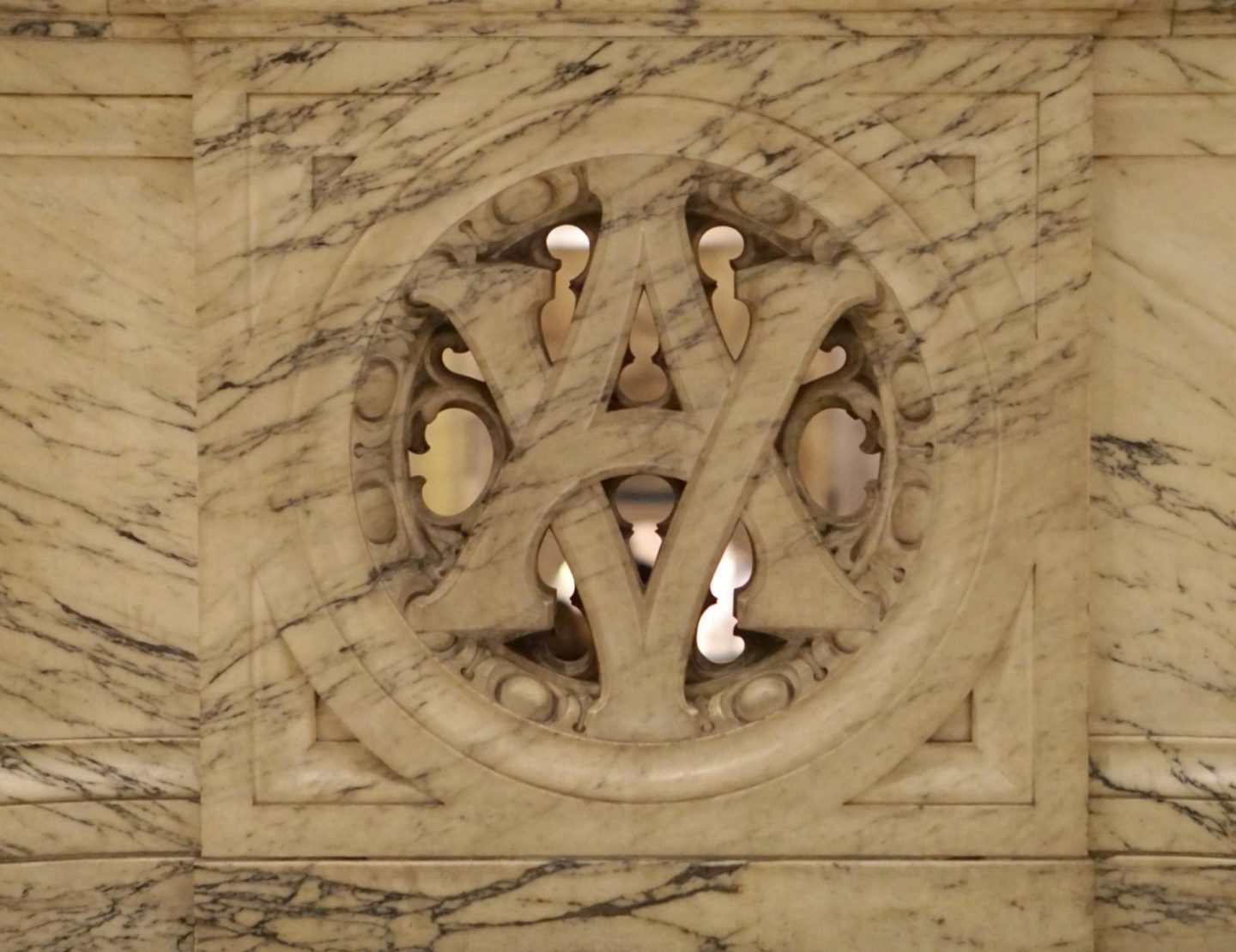 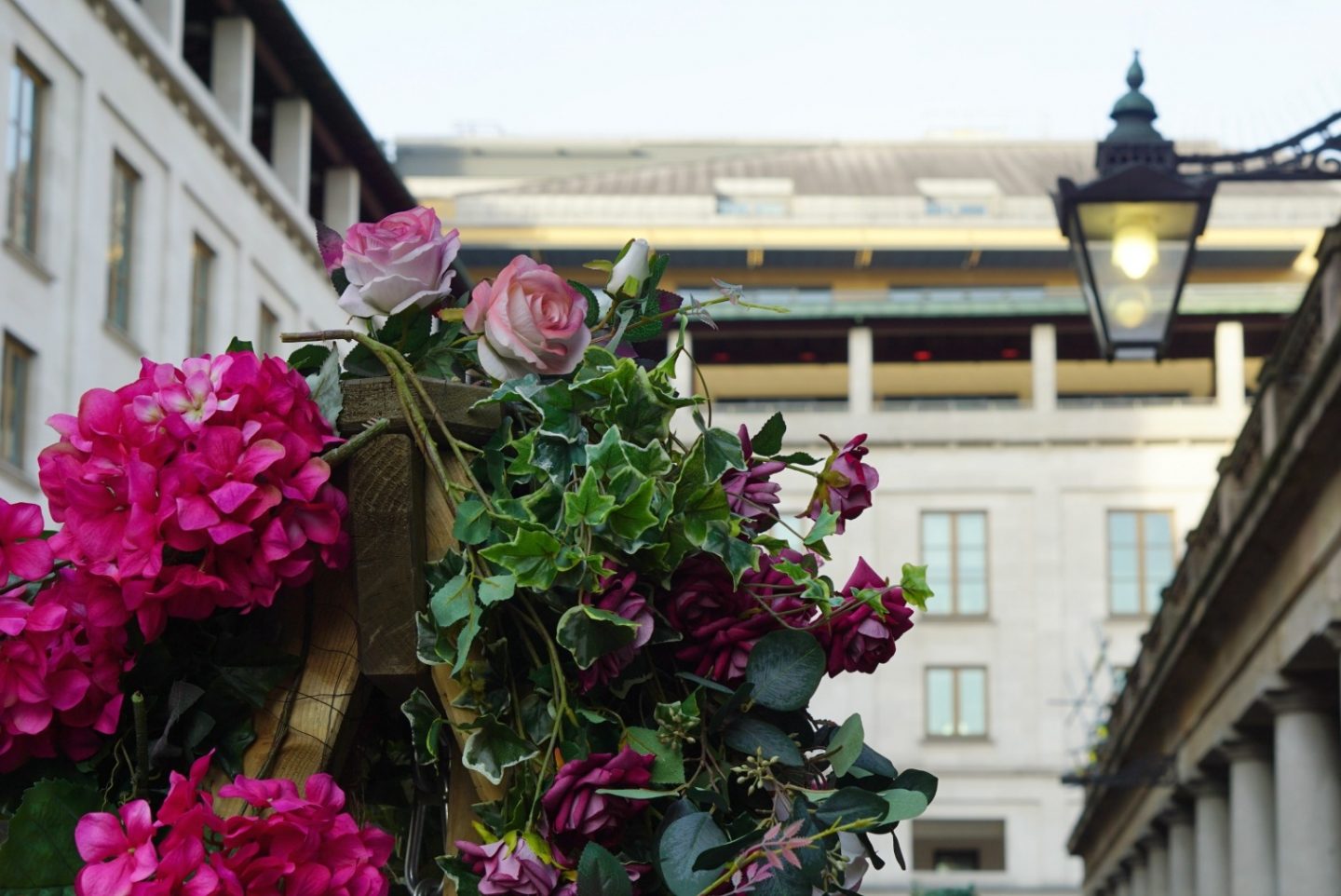 To Visit Covent Garden You Can Choose The Orange Bus Tour

Highlights of the Orange Route include King Cross station and platform  9 3/4. And my absolute favourite areas of London, China Town, Leicester Square and Covent Garden. If you love street food check out the Bubble Wrap Waffles in China Town. This is the best London Bus Tour route to take if you want to spend time exploring the theatre district, and for tips for getting cheap theatre tickets in London check out Donnas post.

For A Bus Route That Stops Near London Zoo

You Will Need The Purple Capital Connections Route

Operates every 20-30 minutes and is perfect if you are staying on the outskirts of London, the purple route is perfect for visiting Baker Street and London Zoo. You could even nip to the Westfield Center for a bit of retail therapy.

If you co-ordinate your bus tours you can cover a lot of ground, getting a great mix between walking, taking the bus and boat. Thus enabling you to take in all the London sights on your wish list, and with the addition of head sets with commentary you can pick up a few facts along the way. 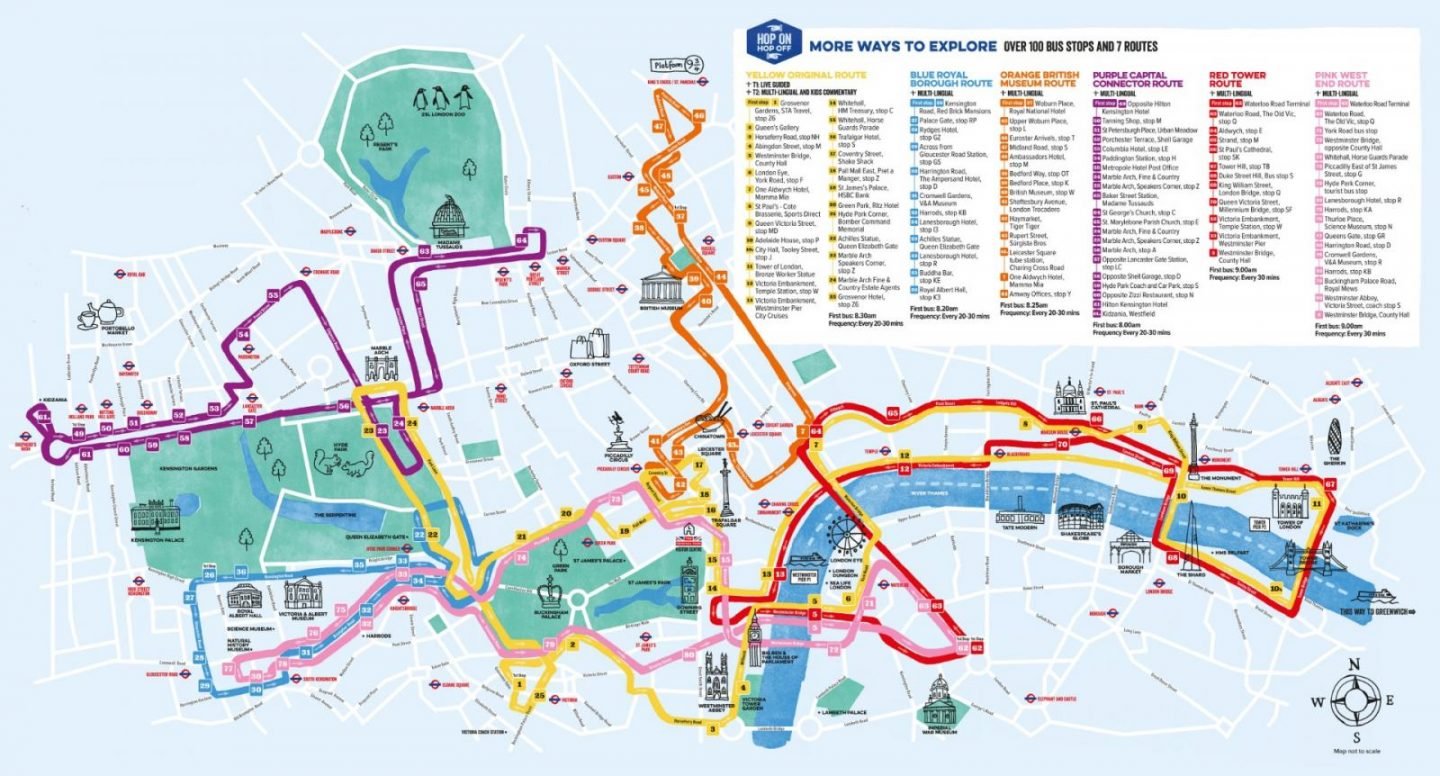 Disclaimer I was gifted tickets in return for a post 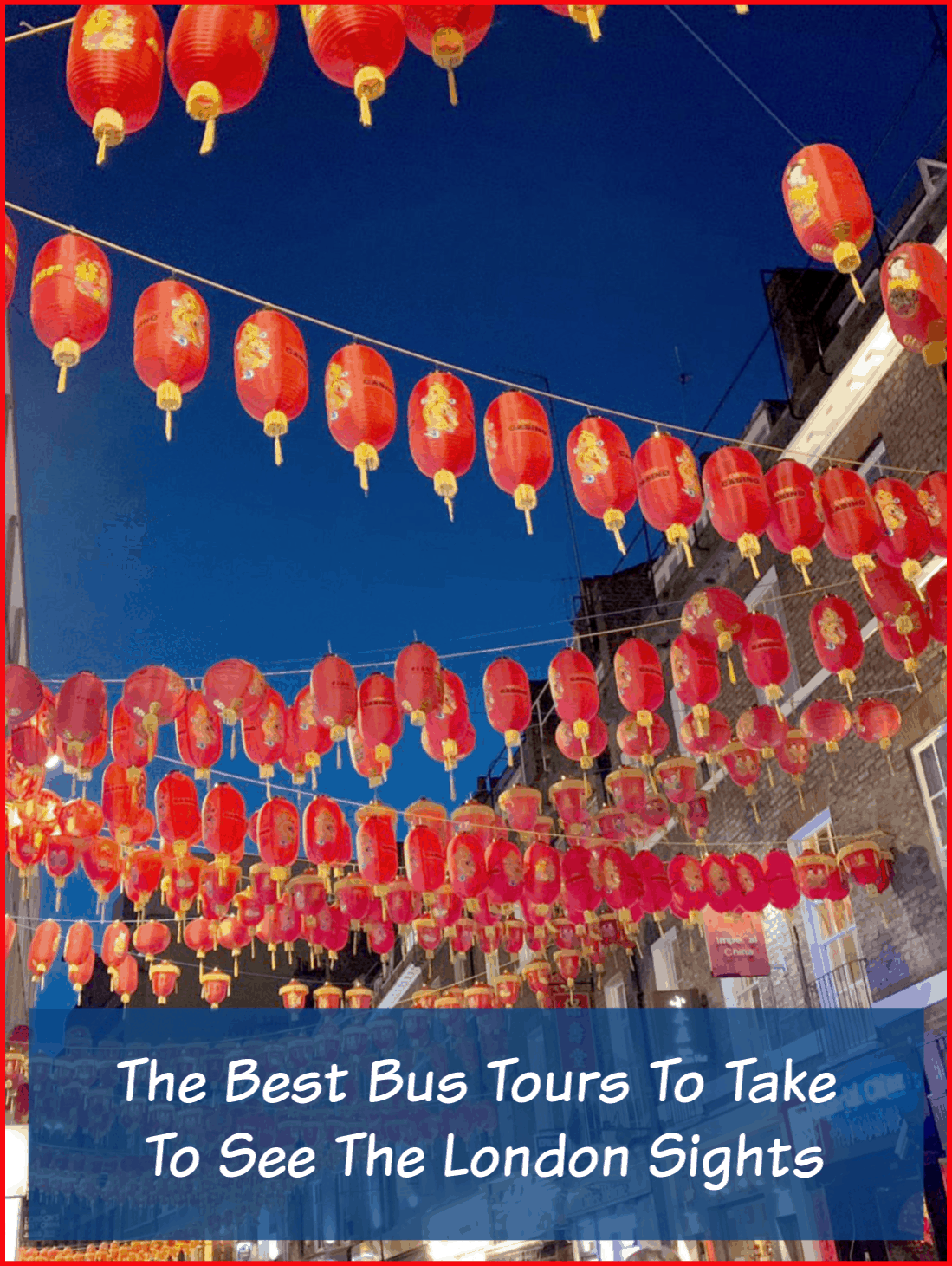 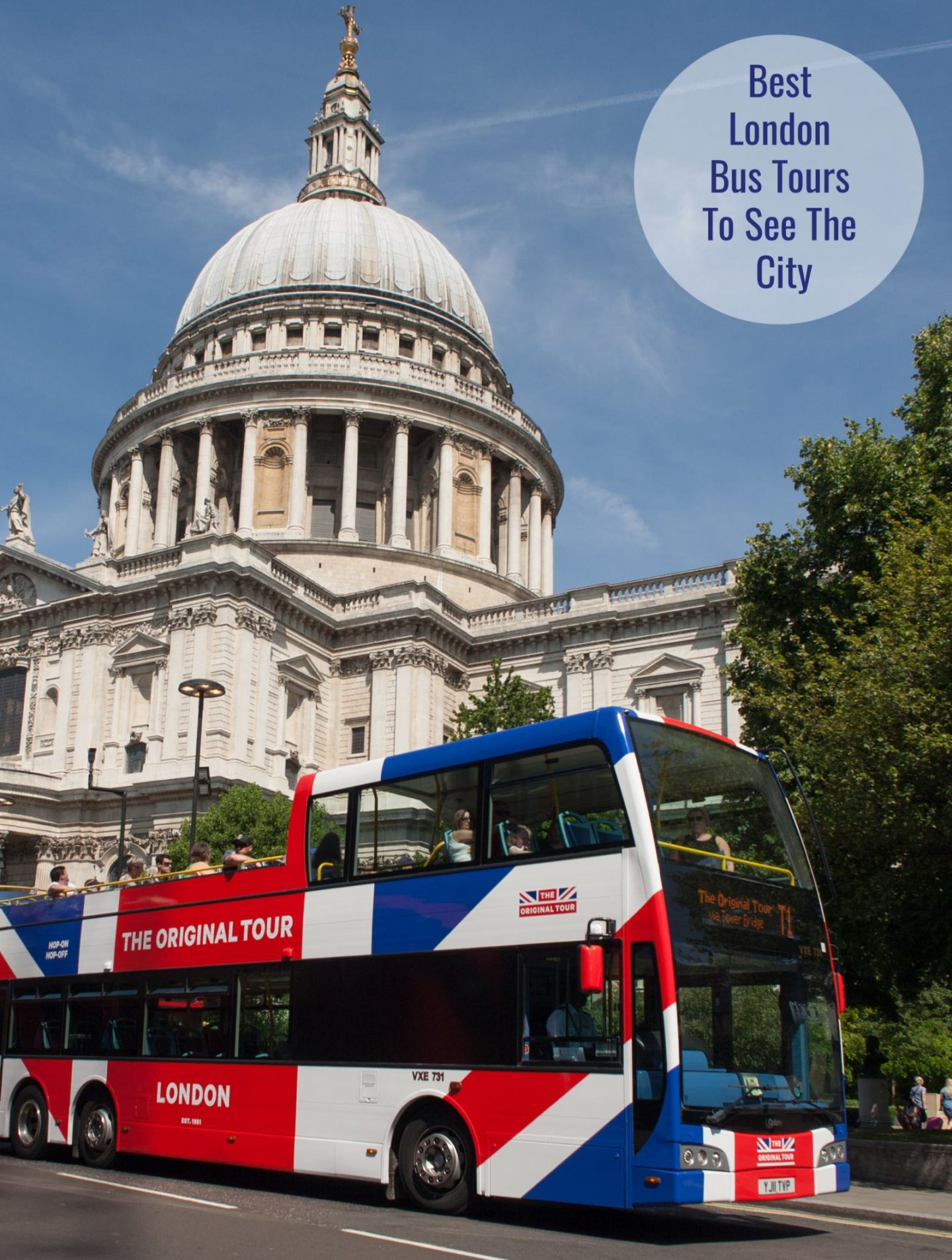