Ok so lets start this by say I am a HUGE Disney fan. I have talked about this a bit lately and asked the question; are you ever too old for Disney?

And attending last nights showing of Disney On Ice Worlds Of Enchantment Tour put that to the test. The last time we took Joe to see a Disney on Ice Tour he was 4 or 5 and we took the boys 2 years running. We adored both years; it’s a great family show. 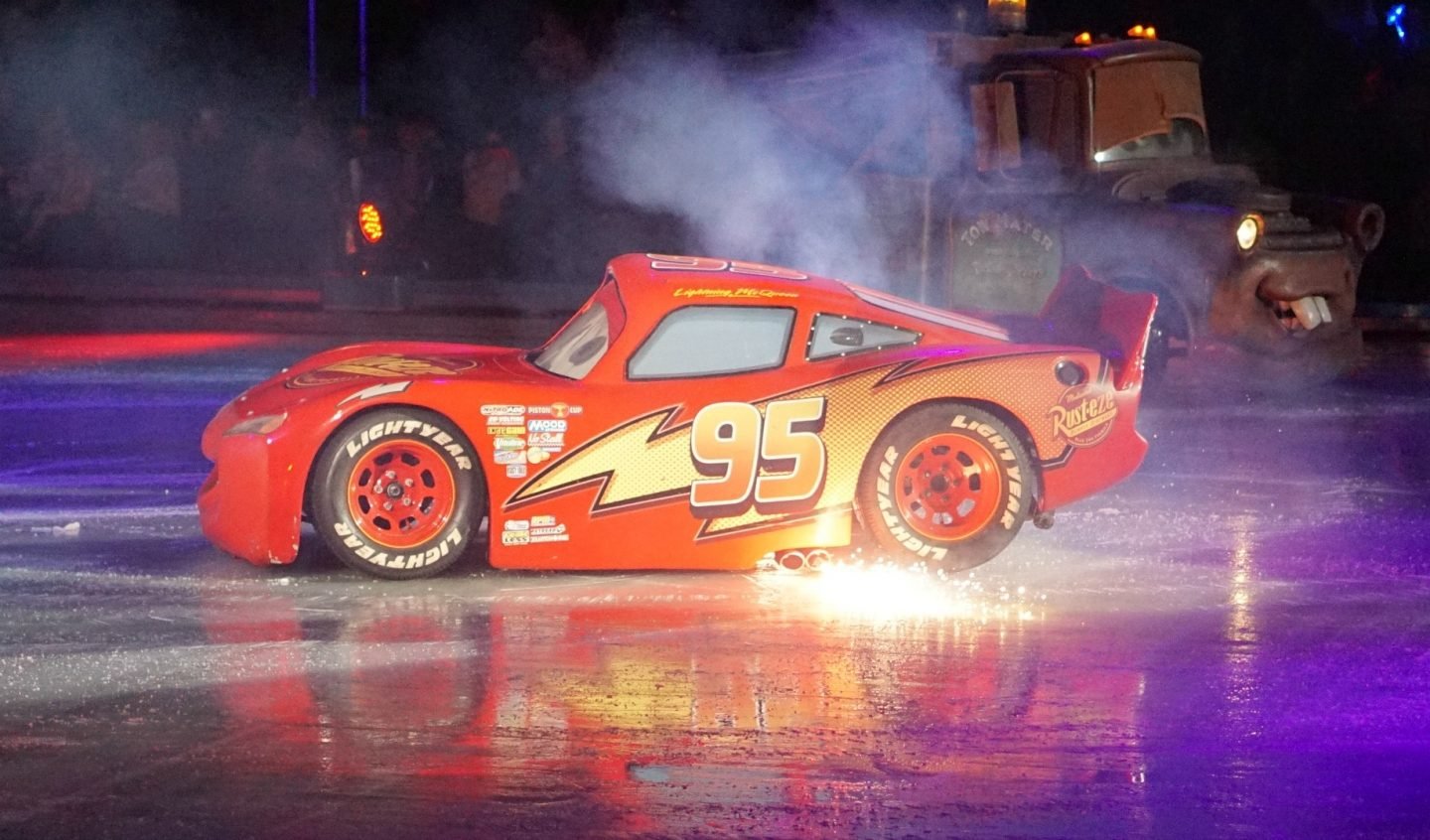 Disney is something that even now gives me goose bumps and brings tears to my eyes. That’s the power of Disney right?

And its funny, I nearly forgot that! We have been mulling over an Orlando trip for next year and had discussed not doing Disney this time. I mean good god what possessed me to think this was an option? In my mind I was thinking Disney is a stage we had got past, the truth is you never get past it. Every time you let Disney into your heart it brings that same feeling back. The butterflies in your tummy, the excitement of the characters, the wonder of the magic!

Disney on Ice brings out the child in you.

When we arrived we had two reluctant teens in tow. They wanted to see the show but were acting too cool for Skool! You know the eye rolling, slouching of shoulders? In fact my friend Kelly and I were way more excited that Scarlett and Joe.

However as soon as Mickey and Minnie skated onto the ice Joe and Scarlet were smiling. You see now matter how grown up and cool you are the Big Cheese and his leading lady can’t fail to warm your heart. 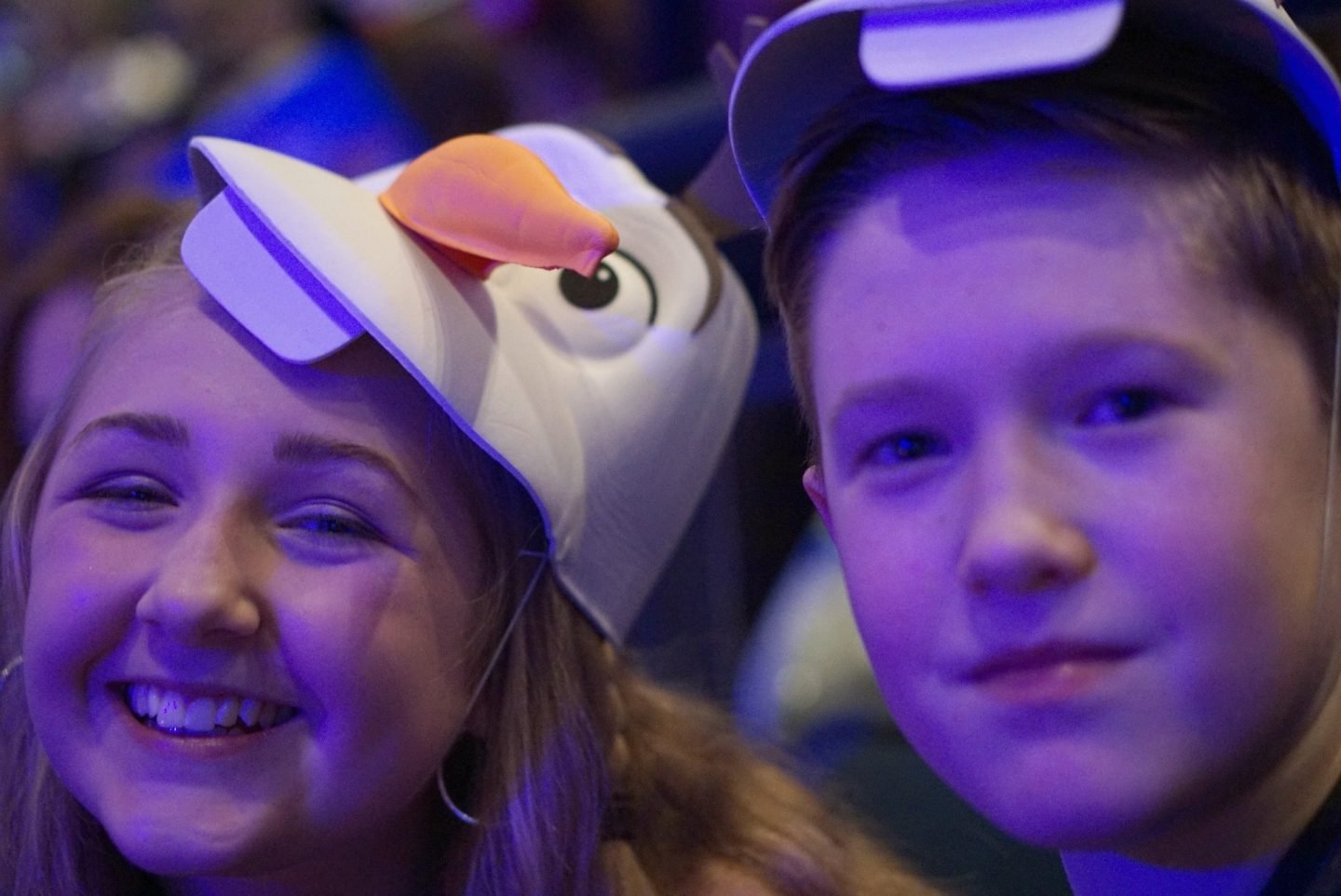 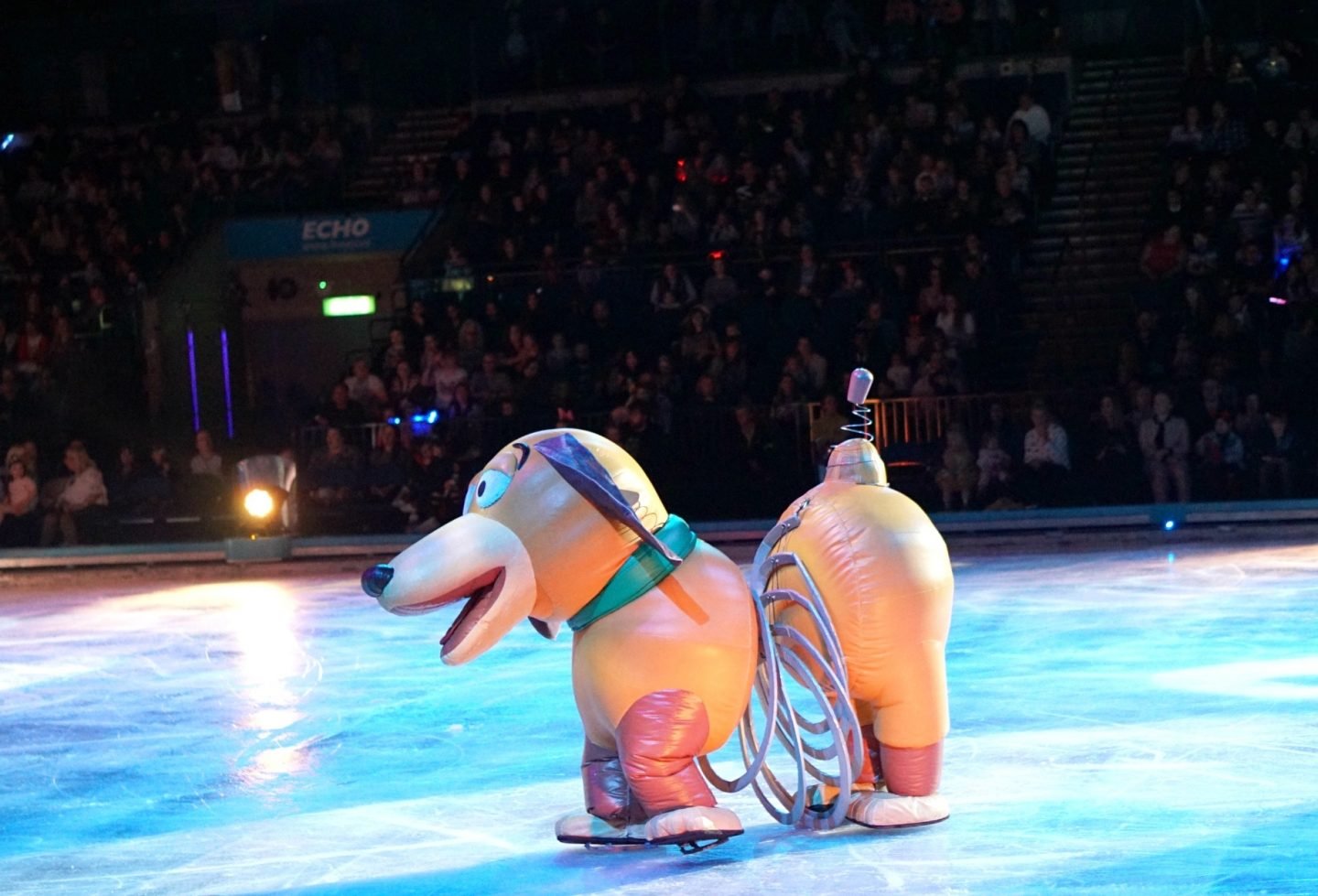 The show takes you through 4 favourite Disney Movies.

Starting with Toy Story 3 heavily featured in Sunny Side day care centre and how the toys escape the clutches of Lotso.  Barbie and Ken’s scenes show spectacular skill whilst the toys add the much-loved Toy Story magic. Being a movie very close to my heart this was the perfect start to the show.

Next up was Ariel and the Little Mermaid crew bringing Caribbean charm and colour to the show, with one of my all time favourite Disney songs, Under The Sea. It was bright enchanting and colourful which brought the perfecting ending to the first half of the show. 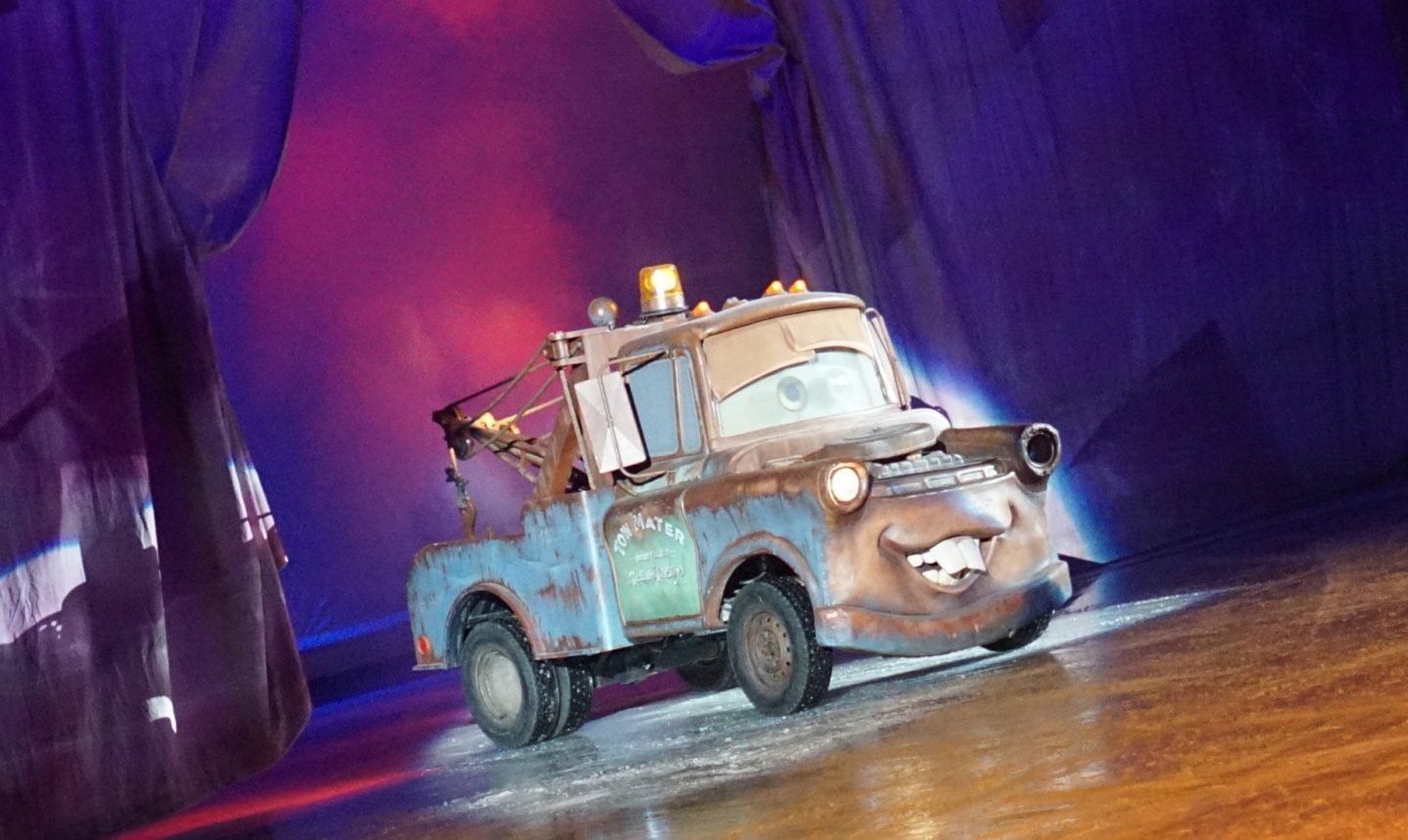 The second half kicked off with the adorable Tow Mater, Lightening McQueen and the rest of the Cars gang. With the cars perfectly negotiating the ice to repair Mickey’s car. I was ever so slightly horrified to find out that Kelly and Scarlet had never seen cars! I kid you not, where have they been living?

And then the grand finale, Frozen On Ice, now this is the Disney film I have seen the least! I would have said that the previous 3 films are up there in my favourite Disney movies. 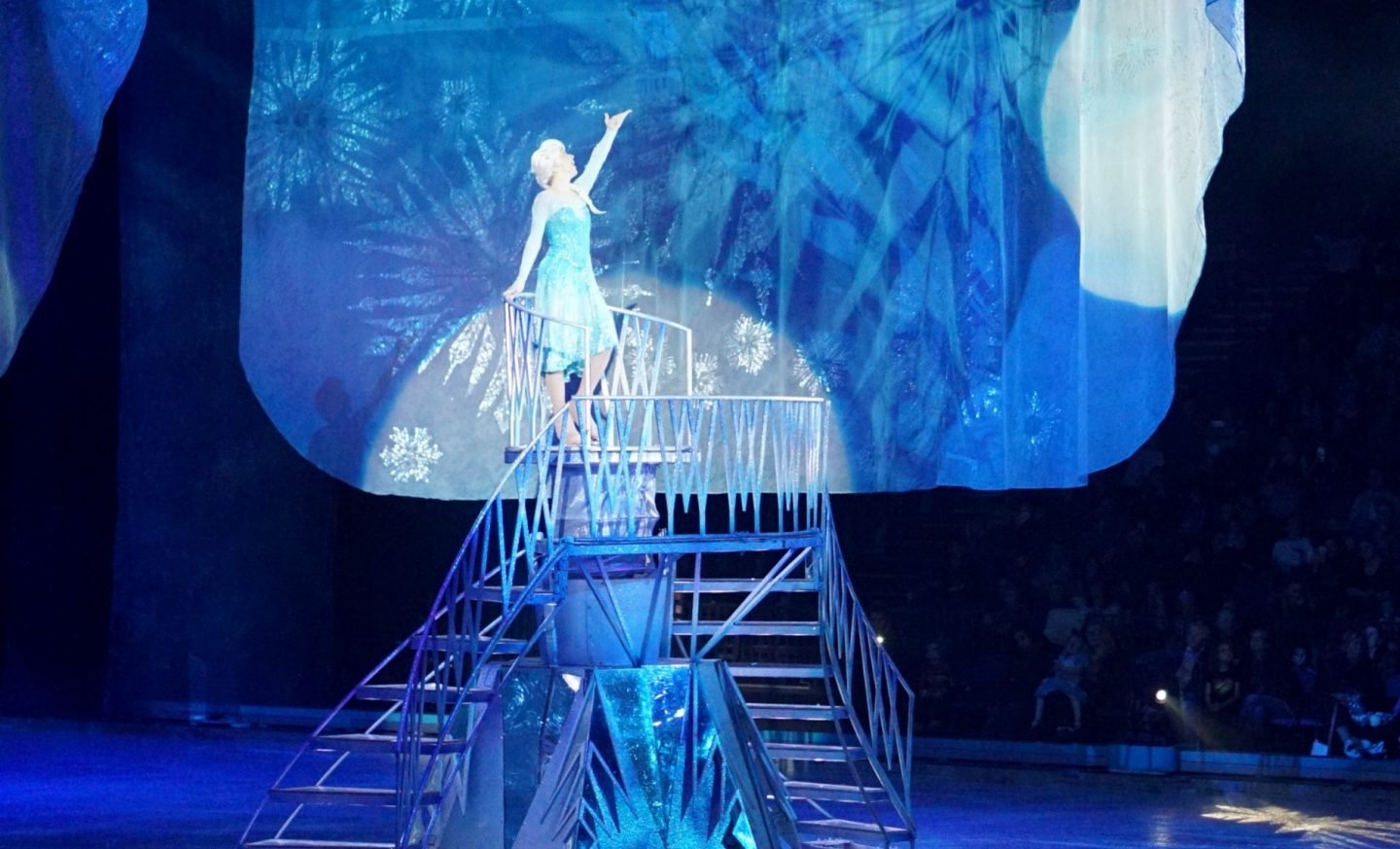 But Frozen was incredible, from the skill of the skating, which was demonstrated throughout the entire show, but add this to the costumes, set and real snow and it was pretty blooming spectacular. It all felt super magical, and I have to say emotional; it brought a tear to my eye. And how can anyone not love Olaf? 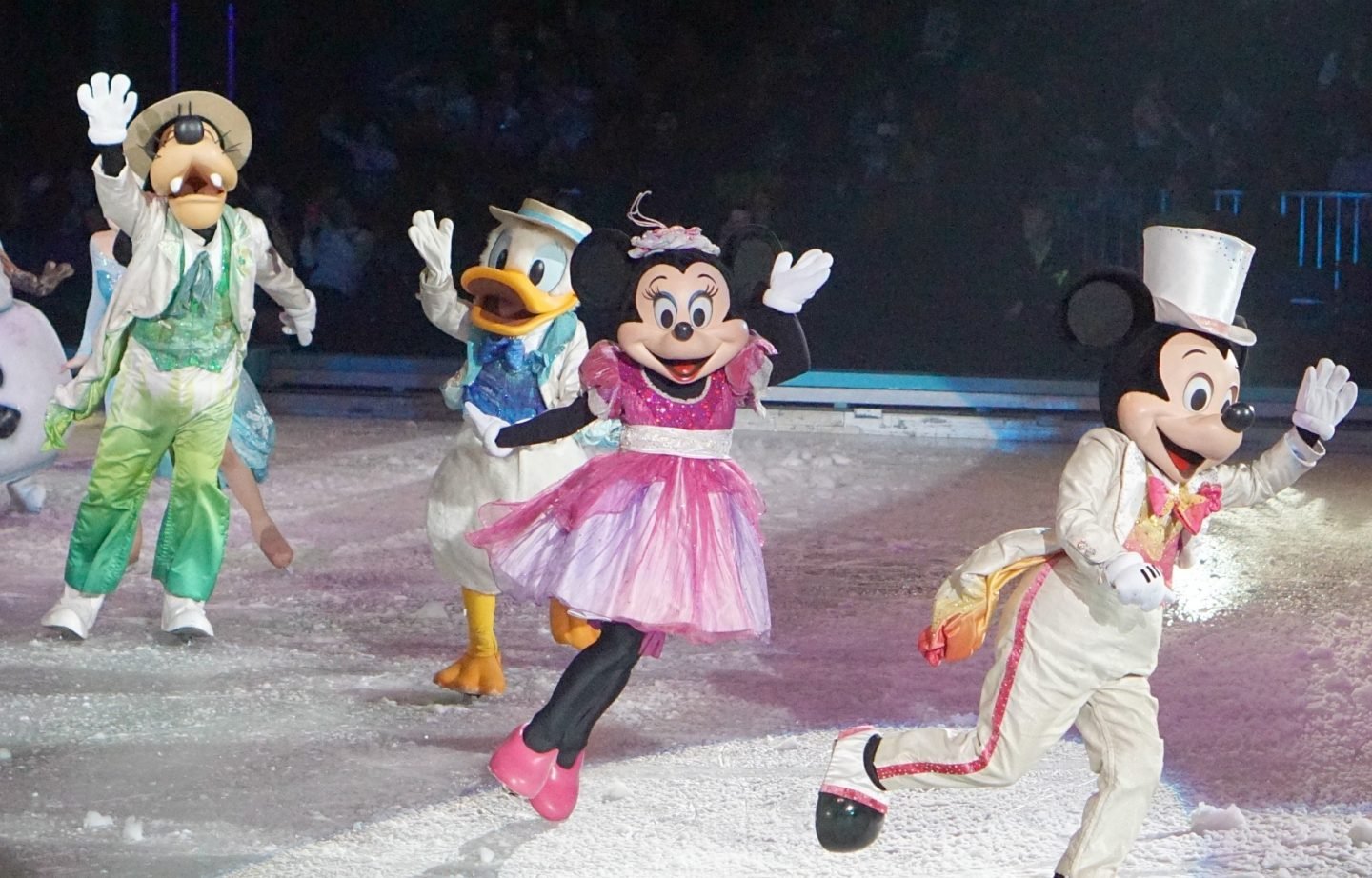 Disney on Ice with teens is a different experience.

And funny enough the people sat next to us also had teens on tow. You see I watched Joe and Scarlet throughout the show. They started out cool and acting uninterested, but then came memories from some of their favourite movies. As a teen you can relate to Andy growing up and moving on.

And those amazing memories of Disney holiday, dressing up in Buzz light year costumes and Scarlet in princess dresses. Disney has been part of their fabric growing up. You can’t turn away from that ever! Disney on Ice is a way for teens to re-connect with childhood. Let those cool barriers down just for a night and you know what that in itself was wonderful to witness,  as they grinned form ear to ear and sang along! So in answer to my question? No, you are never ever too old for Disney Magic.

All photos taken by Joe and Scarlet who insisted on being the official photographers of the evening.

And there is still time to catch Disney On Ice in Liverpool as the show is in town until Sunday 15th April Click here for tickets.

2 thoughts on “Disney On Ice Worlds Of Enchantment Tour”