Home » Theatre » Review, The King And I Uk Tour 2019, The Opera House Manchester

I haven’t seen a show I didn’t like in a long time. Every single time I leave the theatre thinking, that is one of my favourite shows. Because each and every production has had a merit that has me loving the theatre a little more than I ever thought possible. However Bartlett Sher’s production of the Rodgers & Hammerstein’s, The King And I is in a different league entirely.

It is EVERYTHING I love about the theatre and more.

Born from an era of romance I can’t think of another production I have ever seen that I shed tears for no other reason than the beauty and nostalgia that the King and I conjures.

The King and I is very close to its original roots, if not identical, yet it feel fresh and new.

Telling the story of how widowed Anna (Annalene Beechey) and her son Louis move to Siam, as Anna fulfils a role as teacher to the children of the King of Siam (Jose Llana). A man accustomed to adoration and worship from all around him, who portrays power and control, yet has a vulnerability and self doubt he can not share with those who rely on him.

Anna, being such a strong independent woman, provides the King with a challenge he has never before encountered. From the moment he meets Anna she becomes somewhat of an enigma to the King. After getting over his initial shock at Anna’s strong will and conviction, he begins to respect her intelligence and opinions.

Meanwhile Anne builds friendships and the respect of the Kings wives and many courtiers in the palace. Yet becomes a threat to some of the Kinds closest advisors, who resent how she is modernising the Kings views of the world and how he runs his Kingdom.

Annas’ teachings also gain the trust and love of the Kings children, including the future King, Prince Chulalongkorn (Aaron Teoh) as she educates them of a world outside Siam, of customs and core values of the western world.

As Anna builds a relationship of mutual trust and respect with the King she starts to assist in making small but significant changes in the palace, and also of how the world sees Siam. However she can not reconcile herself with the Kings attitude to the women of the country.

This ultimately becomes a sticking point when the King stops one of the palace courtiers, Princess Tuptim (Kamm Kunaree) escaping. The King is torn between punishing her and listening to Anna and becoming the modern man he so desired to become. This turmoil affects his heart and the demise of his health. 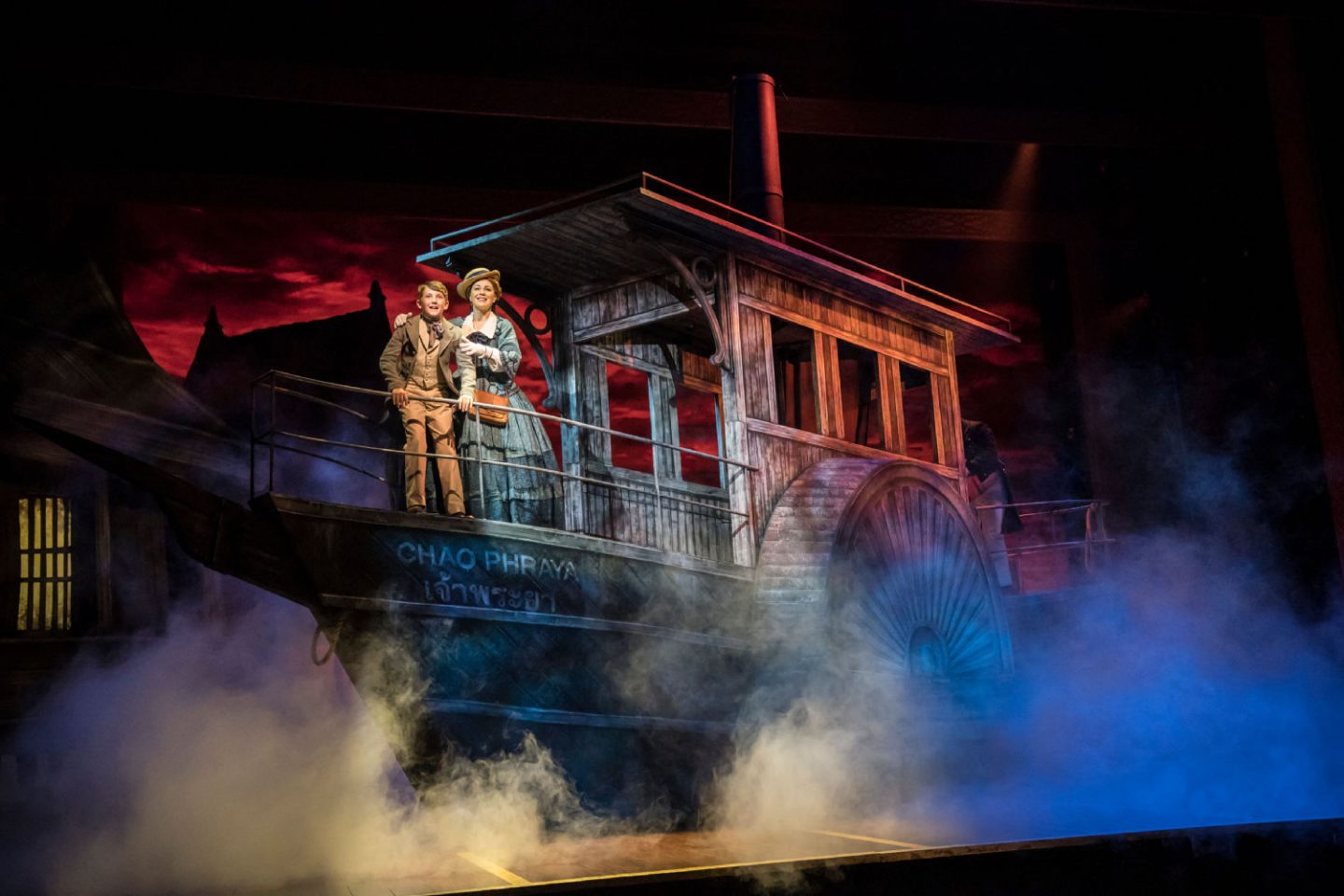 The whole production is breathtaking.

From the starting scene as the ship rolls into port, the spellbinding curtain that changes colour with the light, and looks so regal at times it took my breath away. And the garden courtyard scenes that although so simple are simply stunning. The costumes were the stuff of Hollywood dreams, oh what I wouldn’t do to spend just an hour in some of Anna’s dresses!

At times I forgot I was watching a production, I could have been curled on my sofa alone watching a huge screen. That is the power The King And I portrayed, it felt alive, theatrical, powerful and rather than a set it felt as if I was watching it on the big screen. 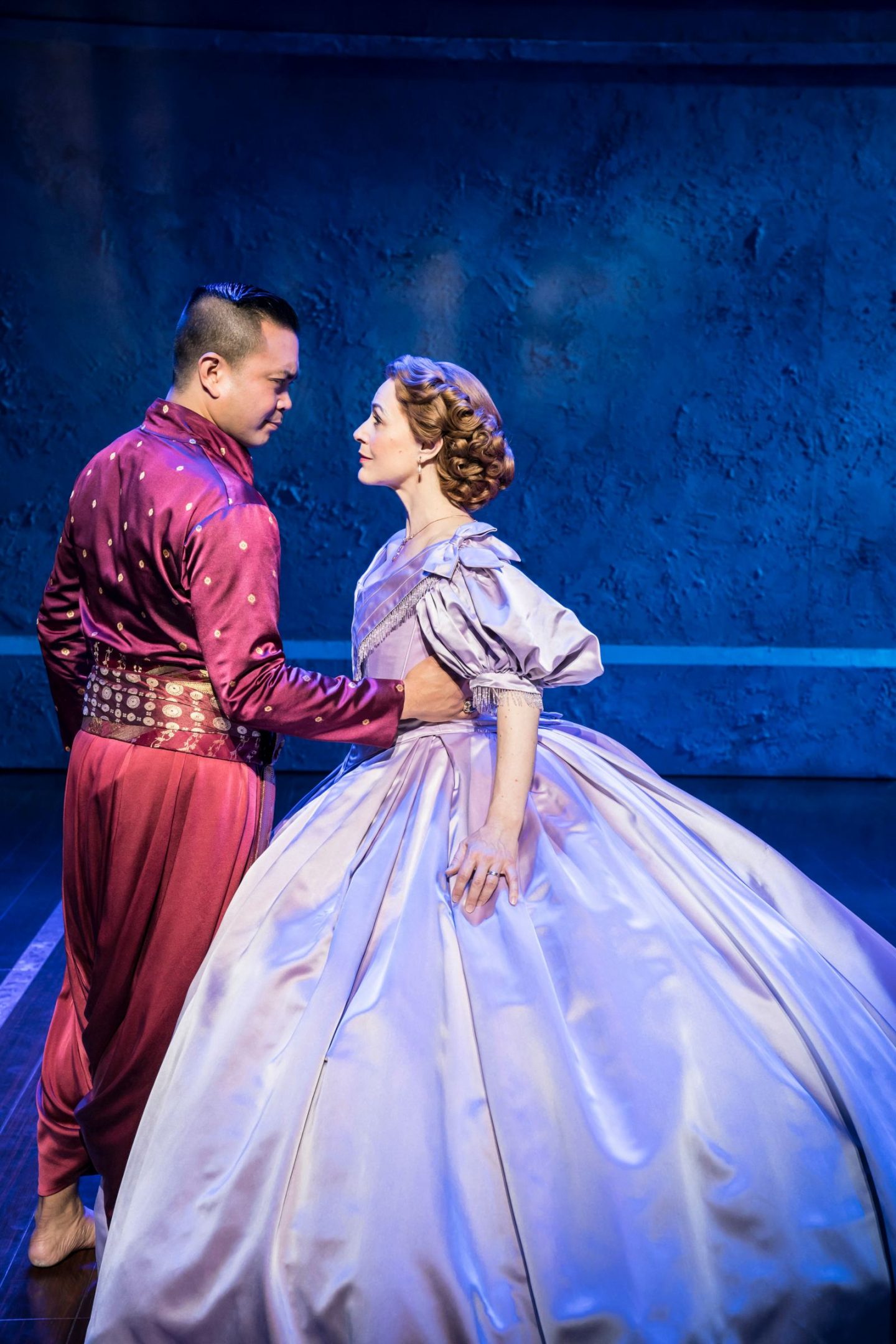 If you love classic movies, The King And I will make your heart soar.

As I sat taking in every beautiful detail of the ‘Getting To Know You’ scene, I had to stop the tears escaping from the corner of my eyes. These were not tears of sadness but joy and gratitude that such a Hollywood great had been portrayed in a way that it made me feel exactly the same way as the first time I ever saw the movie.

I can’t even put it into words, its a feeling in your heart of warmth, joy, nostalgia and love and that is exactly how The King And I made me feel.

The King And I is overwhelmingly beautiful in an understated way. The incredible acting and voices that had you invested into the characters as they made their entrances. It was delivered with a warm humour that had the audience laughing along and the children were just adorable. Honestly if you are going to see one show in your lifetime, let it be The King And I.

The King And I is showing at the Opera House in Manchester until the 11th May and is then on national tour until 2020.

I was gifted tickets in return for an honest review, I never expected The King And I to fill my heart with such joy.