Last night I tripped over to the the Palace Theatre in Manchester to see Ghost The Musical Uk Tour. This is the first show I have ever seen where I thought I am going to hate this within the first couple of minutes.

However, much to my relief I was wrong! I first watched Ghost at the cinema, because if you were in love with Patrick Swayze thats what you did, you watched all of his films the day they were released. And this was life from the very first time I sat in amazement and watched Dirty Dancing ( my all time favourite film).

Seeing Ghost was one of those moments I will never forget in my life, firstly because the film was simply breathtaking, (to think the director never wanted to cast Patrick Swayze?) but also because it was the day I passed my driving test. We all had to phone our mums when we arrived at the cinema ( Before the days of mobile phones) to let them know we were still alive, anyhow I digress.

So as Ghost started last night, I had that its not Patrick moment! Honestly no exaggeration, I felt my heart sink. However by the end of the first song Molly (Rebekah Lowings) and Sam (Niall Sheehy) had me totally captivated. They gave the characters their own lease of life and vigour that made Ghost the musical feel fresh and new. 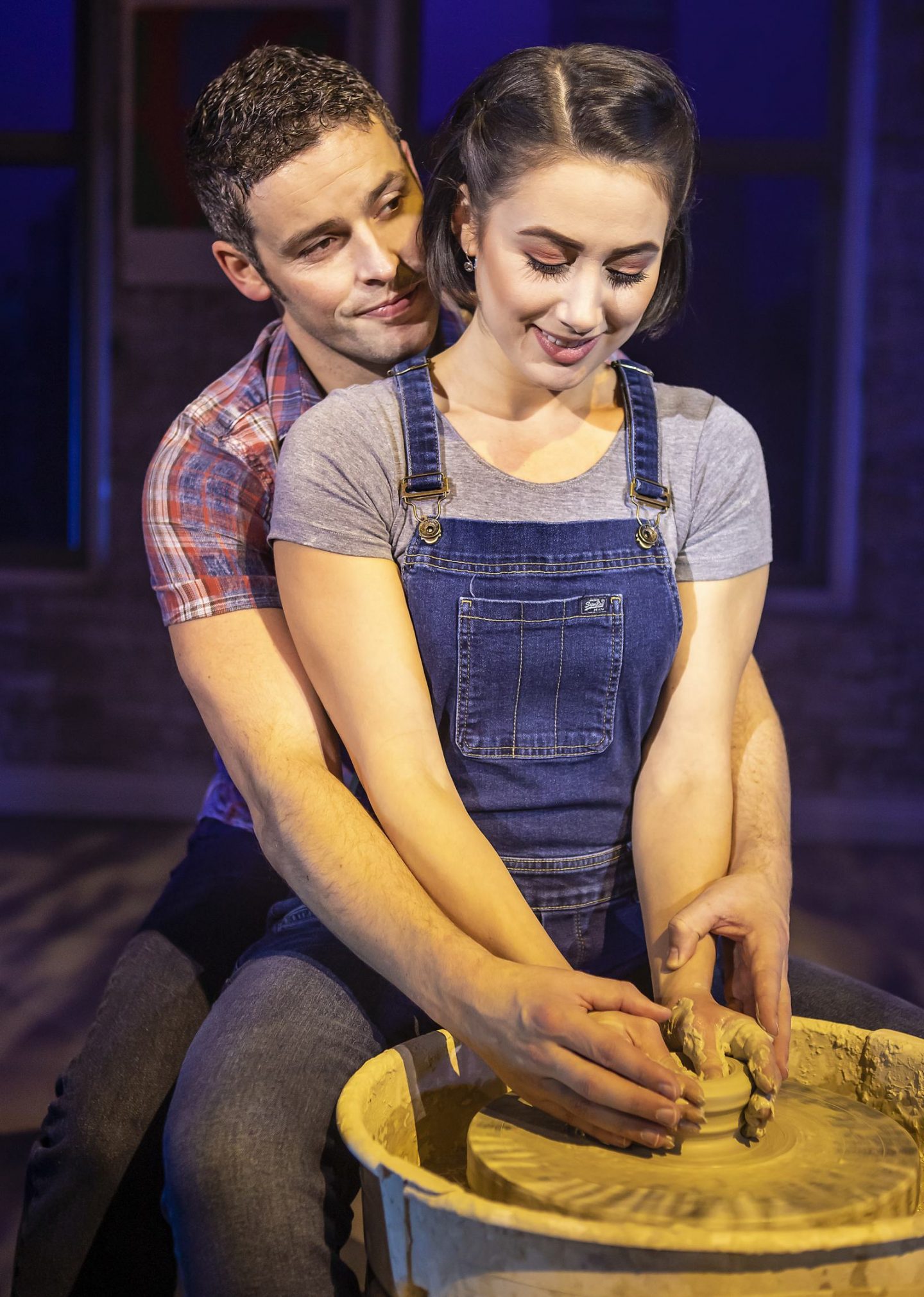 For those of you were not in love with Patrick, or have lived under a rock and missed this modern masterpiece;

Molly and Sam are just starting out their lives together and living the dream in a loft apartment in Brooklyn. Molly an artist and Sam who has a great job in banking, when Sam is cruelly murdered. However rather than passing to the other side, Sam has unfinished business as he discovers his murder was part of a betrayal of trust. He enlists the help of Oda Mae (Jacquie Dubois, who played this part to perfection. With the perfect amount of heart and comedy that made Whoopi Goldbergs portrayal an award winning performance) Oda is a local medium who seemed up until now, despite selling her services as a medium does not have had the calling, that is until she let Sam into her life.

Sam asks Oda Mae to help him alert Molly of danger and solve his murder. Initially unwilling, Sam convinces Oda Mae she has no choice, and they build an unlikely friendship and work together to avenge Sam. 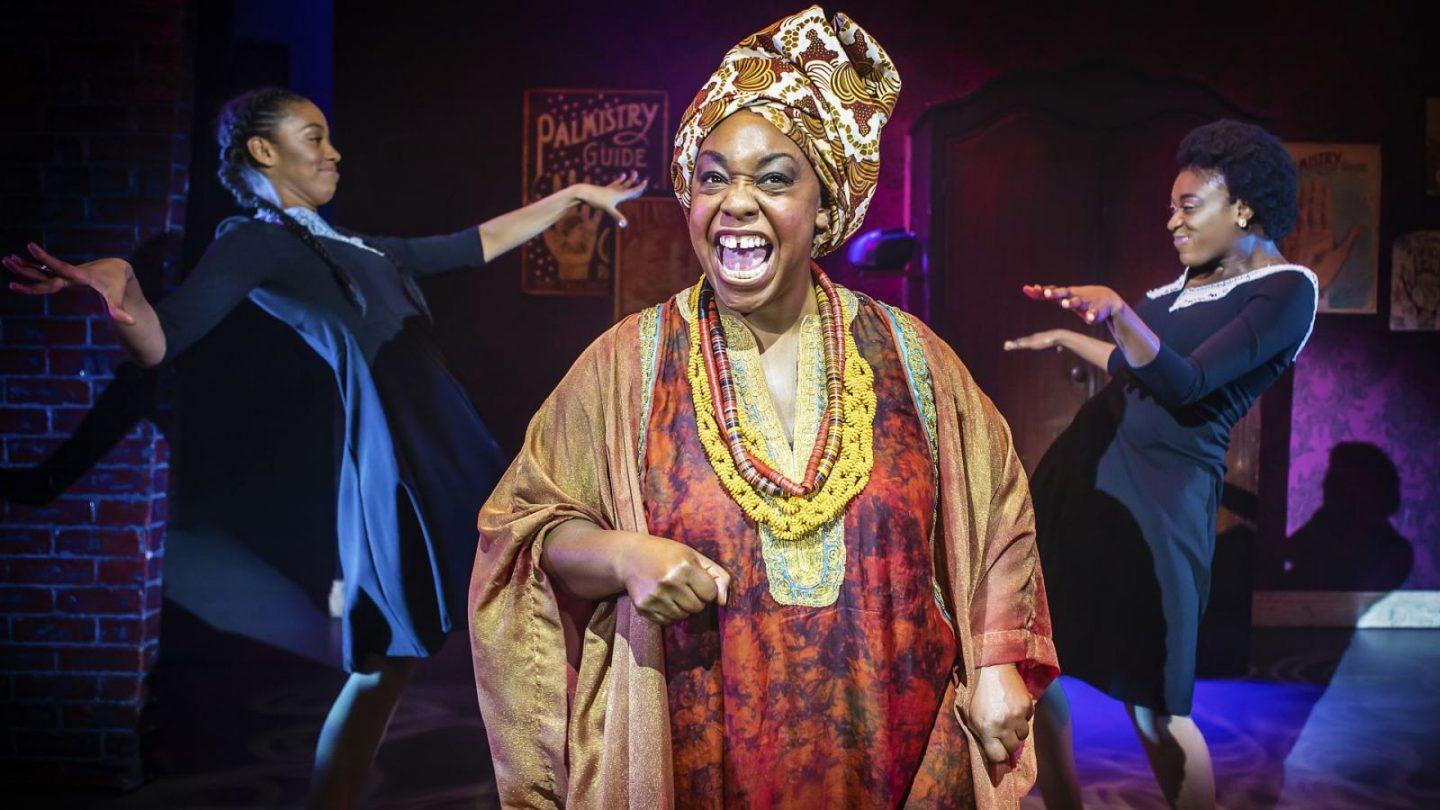 On paper that sounds so corny doesn’t it?

But its just not! Its a stunning adaptation of a beautiful film. The stage version is every bit as incredible as the movie, sorry Patrick! The score doesn’t turn Ghost into a ditzy happy musical, despite it being built around a breathtaking score written by Dave Stewart and Glen Ballard. Which sounds contradictory with the show being called Ghost the Musical, however the musical just seems to be an essential part of the story, like in an Opera.

The music tells an important part of the tale and at no point ever feels unnecessary. It has you feeling the story with its highs and lows. At several times the music hits crescendo’s that are so powerful that you don’t just see it, you feel it, which had me on the edge of my seat holding my breath. 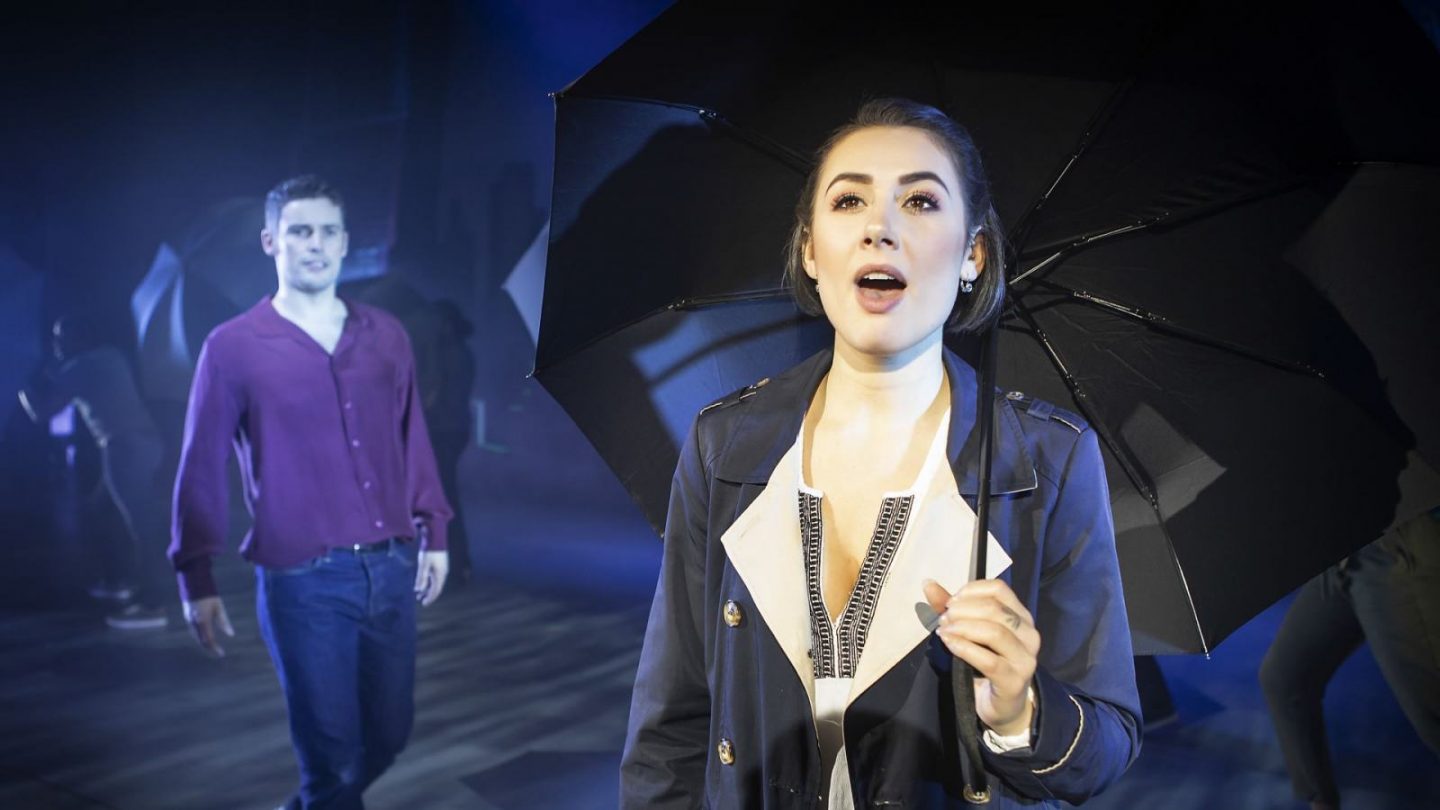 I wondered how the effects of life and death would portray onto the stage, but wow, the team behind the production created the most stunning atmosphere, from the set, lighting and staging, which all worked seamlessly to create effects that had you feeling there could be life on the other side. The two worlds were blended so perfectly and had you believing co existence alongside ghosts was a possibility.

And lastly the whole cast were incredible, every note was wonderful, every character believable and I loved the changes to the Subway Ghost (Lovonne Richards), making him so cool and current was a great move. And Carl’s (Sergio Pasquariello) was played with the right amount of sickening insincerity that had you willing him to get exactly what was coming to him.

Ghost The Musical is playing at the Palace Theatre until Saturday the 20th April, and then Liverpool Empire from the 23rd- 27th,  honestly I would catch this incredible moving and powerful show before its so late.

Disclaimer, I was gifted the tickets in return for an honest review and I blooming loved Ghost.