Seeing The Full Monty Theatre Tour 2019 at the Manchester Opera House was a bit of a risk on my part.

I love the film, who doesn’t? But I HATE strippers, and have never quite got over my horrific Dream Boys experience, let’s just say it left me traumatized! But the two are very different entities aren’t they? One is a story of desperation and struggle that leads to extreme measures, one well don’t get me started! I am by no strength of the imagination a prude, but it’s just not my idea of having fun.

My biggest concern was that the story would be distorted in the endeavour of showing a little more butt. Dumbing down an important message behind what is in essence a hard-hitting, gritty story of struggle and pain. But worry not Simon Beaufoy’s Award Winning Play does this story justice and maintains the right amount of grit and pain. Delivered with a raw humour that transform topics that should never be funny into scenes that had a whole audience laughing out loud all the way through the show. 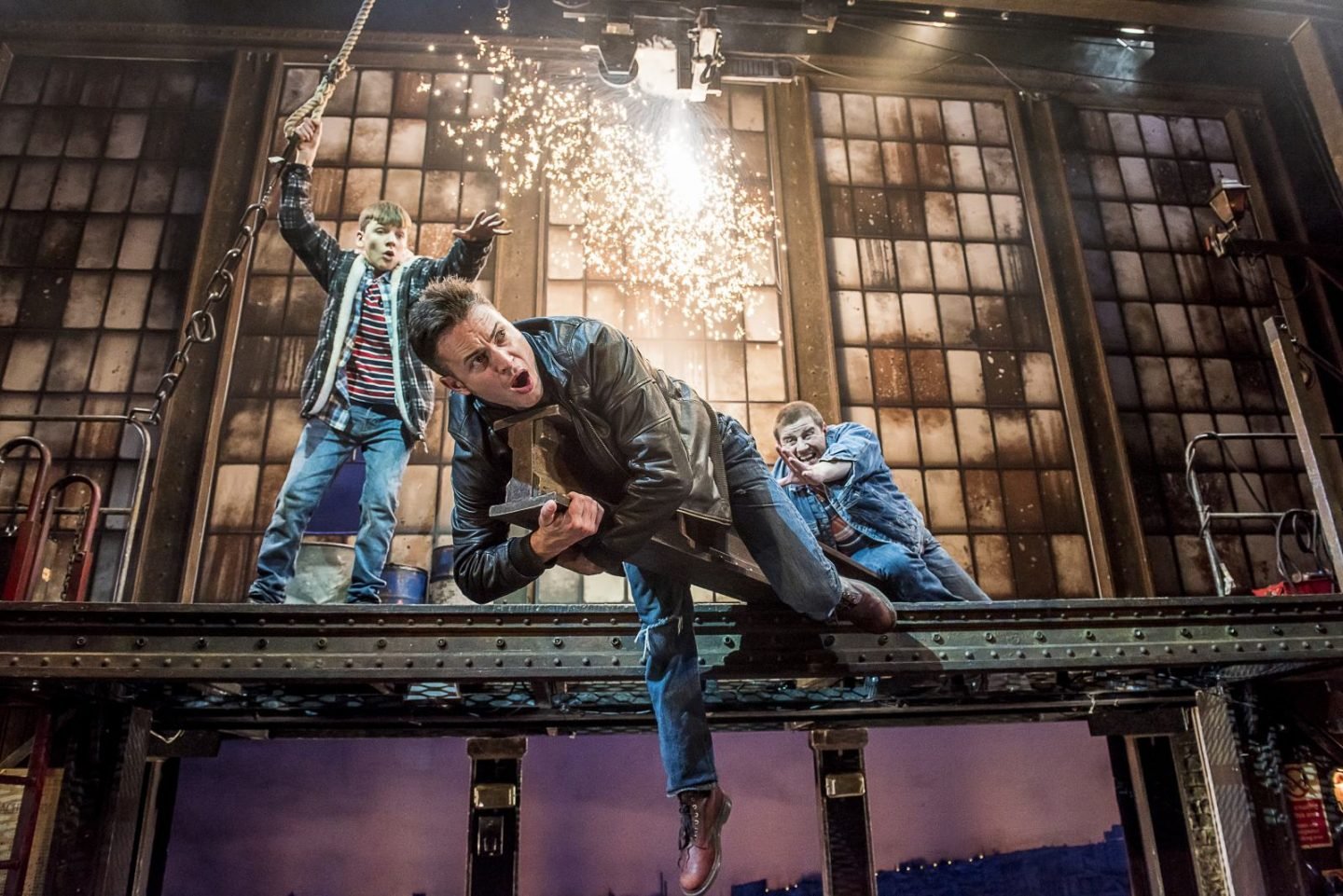 In case you have lived under a rock for most of your adult life, The Full Monty tracks the tale of Gaz, Dave and their friends as they struggle through the demise of the steel works in Sheffield in the 80’s.

Having lost their jobs as the recession and strikes hit the UK, and industry took a hit it would never quite recover from. Gaz, separated from his wife and struggling to keep up with maintenance payments for his son Nathan, stumbles across the idea of raising the money by forming a stripper crew for one night only.

Met with disbelief from his friends, and local women he decides this is the only way and starts to build an unlikely crew of local men, all equally down in their luck, to perform The Full Monty in their local working mans club.

The Full Monty Theatre Tour 2019 takes a harsh look at the realities of living through the 80s and how the crash of industry affected the self-worth of the people involved.

This dramatic play deals with some harsh issues, suicide, sexuality, marriage break-up, poverty and impotence. Topics which are raw and painful, yet it’s not dumbed down, but approached with a humour that hits the issues head on and has the audience roaring with laughter, real belly laughs, the whole theatre in hysterics. Yet it still managed to address and be sympathetic towards difficult to discuss issues.

The Full Monty highlights that no matter the struggle and however difficult that desperation is, life is worth fighting for and friends come in unlikely forms. 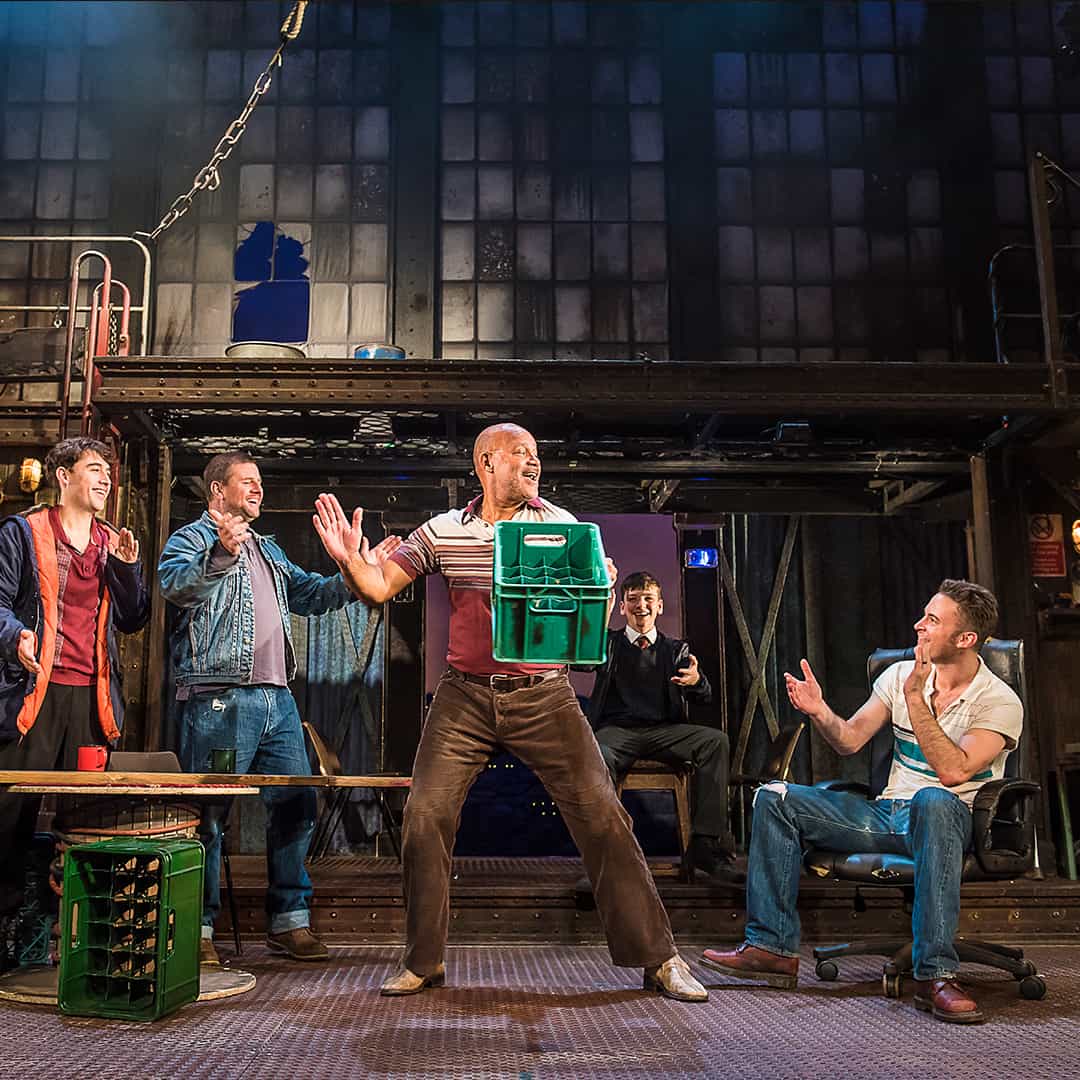 Is the Full Monty a show worth watching? Absolutely!

Gary Lucy plays the perfect Gaz, in the opening scenes I was not sure I would love him, but he played it with the right amount of sass and grit. Kai Owen portraying the much loved Dave to perfection, showing how vulnerable this time left so many men.  And Fraser Kelly played an incredible Nathan, torn between parents at war! The whole cast gelled, thus creating the perfect atmosphere to tell such a difficult but entertaining tale.

The set was so simple, there were no big changes, just simple tweaks each scene to create the atmosphere, this called for slight alterations in the story but nothing that changed the essence of the tale, it all worked perfectly well. Including the smell of tobacco, which sounds odd, but to create an era you need certain elements and this was a genius one. I hate the smell, but it brought back memories of the era, one that is fortunately long gone. A whole moment in history that sat behind the mask of tobacco smoke, it was a time when people smoked everywhere, and was a genius move.

So, the big question, did they actually do The Full Monty?

Yes !!!!! But in the most genius, tasteful way. The show is not just for girly nights, this is a show for all sexes, it’s a bloody fantastic story, transformed to theatre perfectly! One that all will enjoy. Although not for kids, due to the language. This is a show about how desperation fuels dramatic actions, how people survive when the odds are stacked against them. 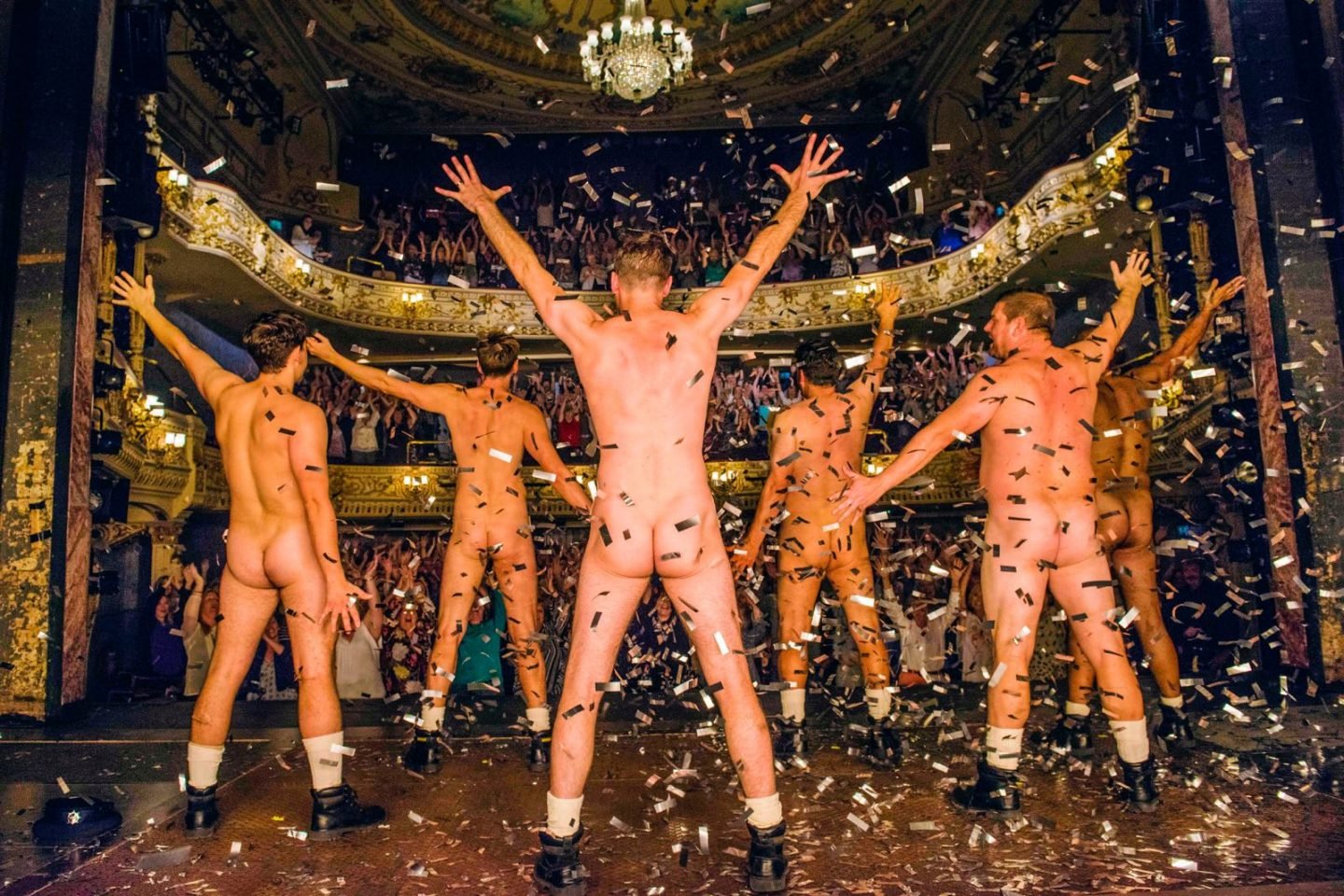 Disclaimer, I was gifted tickets in return for a review of the Full Monty but you can’t argue with a story that has you laughing out loud for several hours, this one really is a winner.