Me and Mine July see’s the first day of our summer holiday. This morning we woke in the Hilton Hotel Miami Airport, which I must say is a great hotel. The Hilton is a very modern and stylish hotel, with helpful, friendly staff offering great service.

We arrived Friday night after a rather long and drawn out flight and a 4 hours trek through customs. I had visions of getting to Miami having a look around Miami Beach, maybe a swim in the hotel pool before a leisurely dinner. However after 4 hours battling through Miami Airport the reality was we had 2 very tired boys, Jack was starving and Joe just wanted to sleep and it was much later than anticipated.

Having said that we did manage a bite to eat before retiring to our room. As soon as Joe’s head hit the pillow he was asleep, and Chris wasn’t long after. 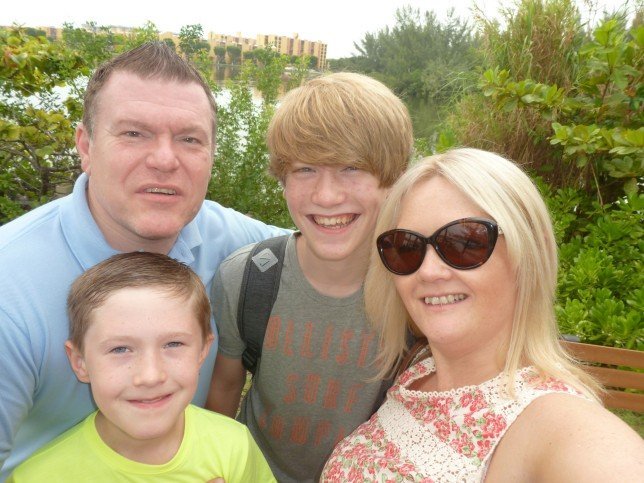 We took this photo yesterday morning when we had a walk in hotel grounds, there was a short walk to a gazebo overlooking the lake, the pathway had lots of wildlife including lizards and rabbits, that were not bothered at all by our presence.  This enabled us to take a few photos whilst they almost seemed to posse for us. Fortunately we never saw any alligators as I think that would be a little too close for comfort, it was bad enough knowing they may be one nearby eeeek.

After a very chilled 3 hours drive to Miami in the Chevrolet Tahoe we hired which I must say was a little bigger than expected, we arrived at the Saratoga Springs and after not very long we were settled into to our room and hit Downtown Disney and Ragland Road for a great first night dinner with a fantastic atmosphere Irish/Disney style. 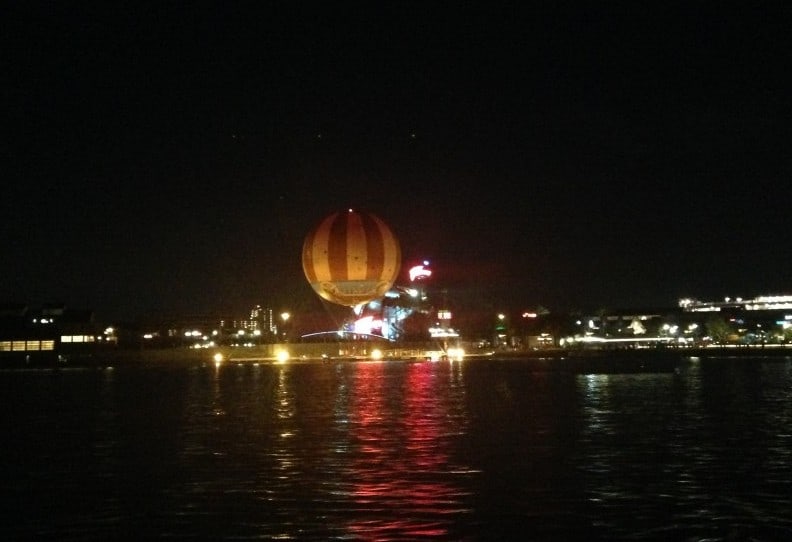 My last photo is the view from our water taxi from Downtown Disney back home to our lovely resort Saratoga Springs after a fantastic day.

This is so exciting, lovely Sarah. I am sorry you had such a nightmare getting through Miami airport. What a pain! But I am glad you were able to enjoy some downtime in the hotel before getting some well earned sleep. Hugs Mrs H xxxx

Thanks Mrs H, its a shame the hotel was so great we would have loved to have spent a little longer there x

Love the water taxi to take you back to your hotel. Sounds a great start to the holiday apart from 4 hours through the airport. No wonder you were all shattered after that. Have a great day at Hollywood Studios x

Wow Sarah so exciting and loving seeing your updates! Wish I was there! Lovely photo and carry on enjoying it all :) Jess xx

It's so exciting that you are there now, I feel like we are all coming along with you after seeing all your plans. Have the best time! I'll be following your photos xx

Ah thanks Hayley, yes I cant believe we are here and having such a great time x

Sounds like you had a lovely time, you all look very happy in this months photo.