Home » Theatre » Review, The Wonderful World Of Disney On Ice At Liverpool Arena

Last night I took two of my tiny friends to see The Wonderful World Of Disney On Ice At Liverpool Arena.

It was a Christie tradition to see Disney On Ice every year as the boys grew up. The build up was so exciting, the anticipation of which Disney favourites we would see. Debating which Disney villain would be there and in our house the hero was always Buzz Lightyear, would he be appearing and who with?  Last year was the last year of the Christie tradition, Joe enjoyed it, but he went along more for me, than any other reason.

It was with a sadness I accepted the Christie Disney On Ice tradition was now going to be a thing of wonderful memories. However, I have not outgrown it, my teenage days trying to be cool and love the latest rapper or grime artist is firmly in the past. No conforming for me, I love what I love and am not apologising for that, and as such I am purely unashamedly in camp Disney and proud of it.

Fortunately I have a god daughter and her little sister who shares that same love and excitement at the mere mention of the word Disney. Who accept me for the die hard Disney fan that I am, and don’t expect me to be able to recite verses from Stormzy’s latest album. Singing ‘Under The Sea” is acceptable and very much approved of in their company. So when I got offered review tickets for Disney On Ice I knew just the ladies to accompany me. Fortunately my good friend Louise the girls mum was fully onboard being a Disney and theatre fan herself, so we set off on our girls road trip to Liverpool to meet the Big Cheese and enjoy ‘The Wonderful World Of Disney On Ice At Liverpool Arena.’

You can’t deny the magic of Disney On Ice

Seeing it through the eyes of Disney obsessed little girls was magical. As we all got into the car, Suzie and Rose were already frantic at meeting some of their idols, especially Elsa and Anna. And that is what Disney is all about, that magic that you feel right down to your toes.

I forgot how electric the excitement is, the wondering where Mickey and Minnie were, as we arrived at the arena. The questions about where he was, and then when Mickey arrived for a meet and greet the way the girls became totally star struck! Because let’s face it? That guy is sooooo famous, who wouldn’t be star struck in his presence. 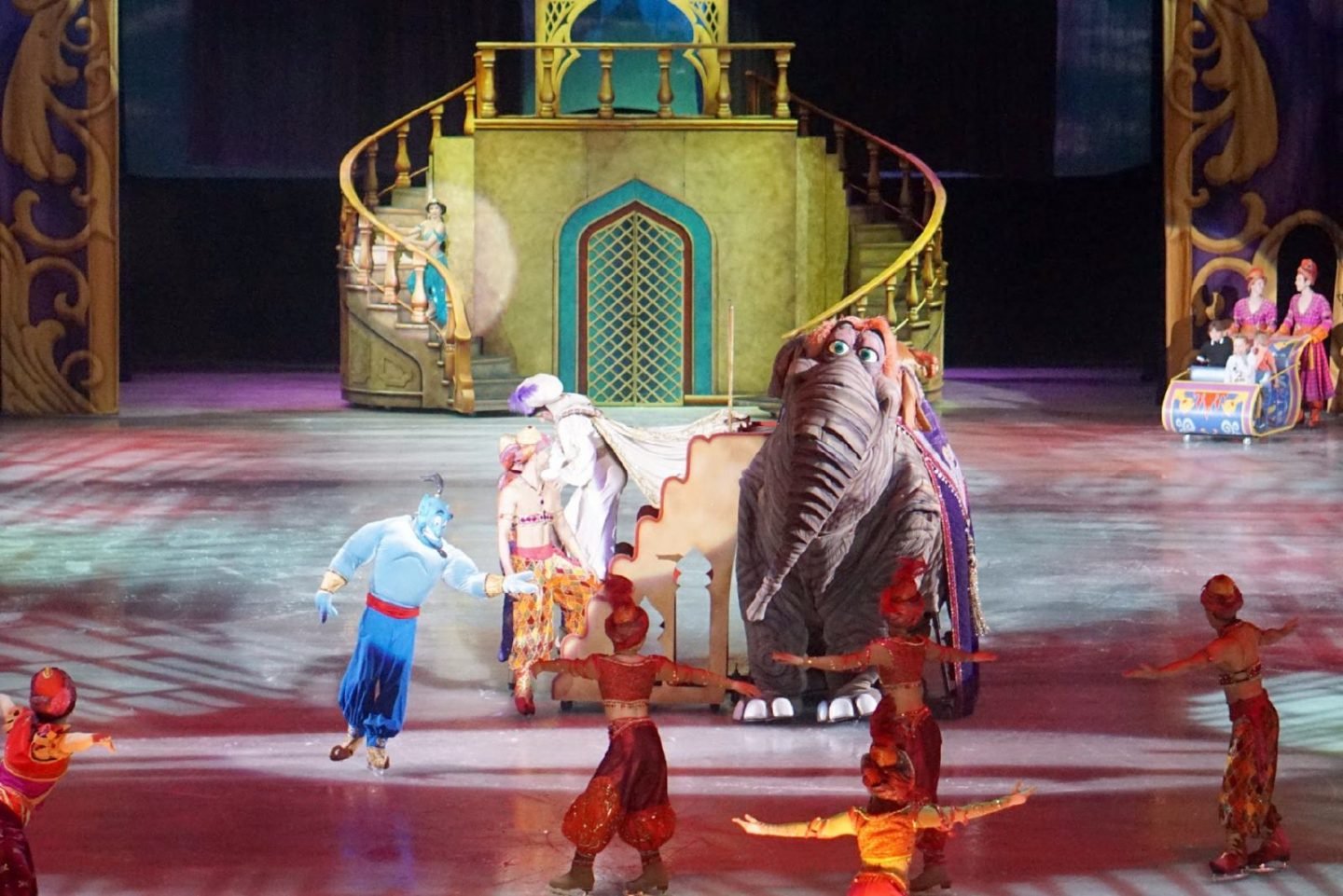 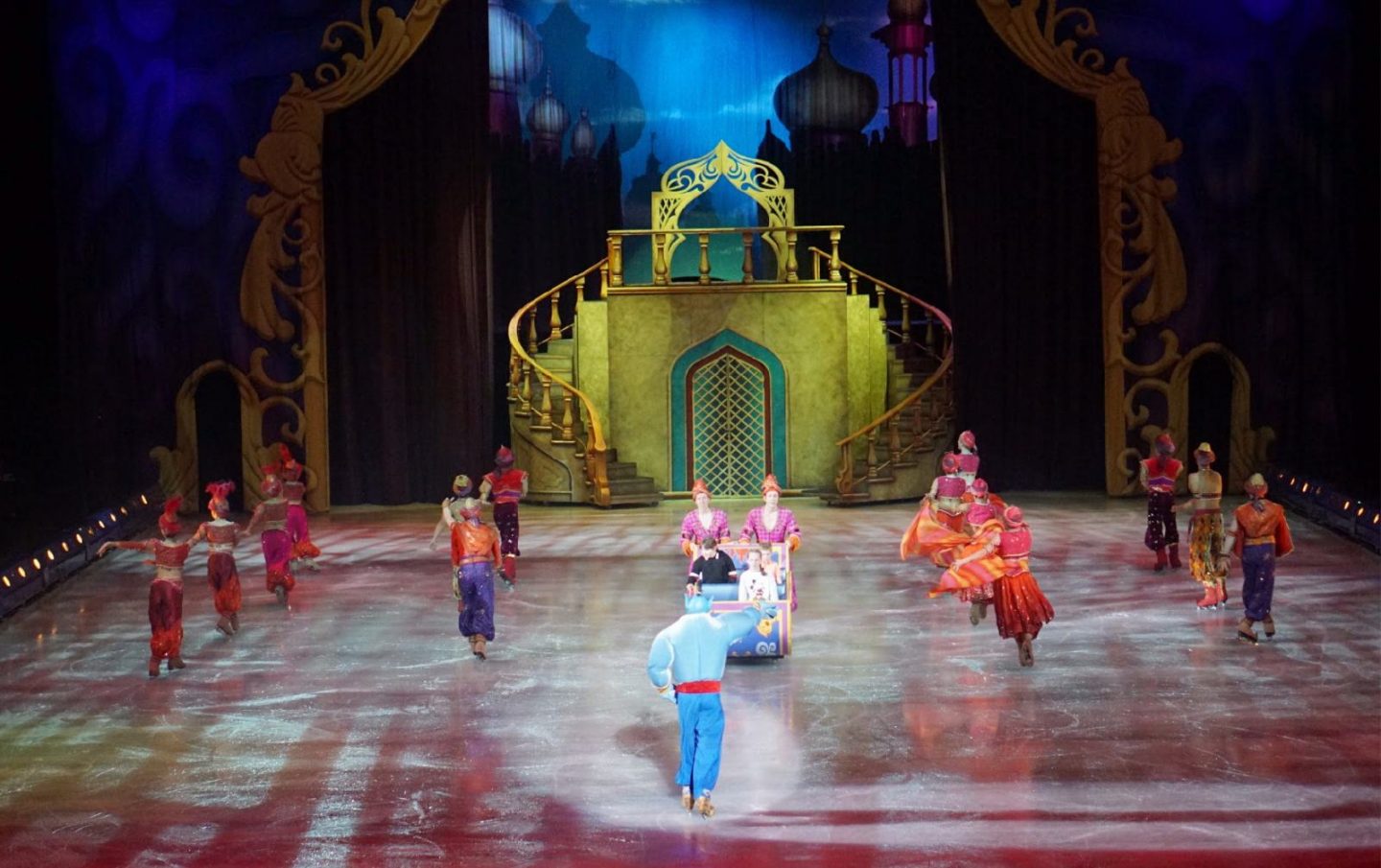 The Ice show was spectacular

Disney know how to put on a show, and as someone who has seen it many times over the years, I can confirm it is far from repetitive. The mix up of Disney legends, in with newer favourites gives the whole audience what they want. A nod to the traditional Disney we all know and love, but also bringing out the big guns who all children want to see. And with Toy Story, The Lion King, Ariel, Nemo, Rapunzel, Snow White, Aladdin and Anna and Elsa all putting in appearances alongside Mickey, Minnie, Goofy, Pluto and Donald the cast was star studded and action packed.

And the skill is astounding, forget that its your favourite Disney Princess skating, the fact that they can also negotiate the ice is such a graceful seemingly effortless way, has you captivated and appreciating the talent of the skaters. My favourite set had to be The Lion King and Timon and Pumbaa, and the elephant from Aladdin was incredible. Of course the girls were waiting for Frozen and even as someone that has been a little passed by, by the whole Frozen frenzy, I could not deny it nothing shorter than breathtaking.

The girls faces as the show started was priceless, all togged up in princess dresses, they looked on mouths open in amazement. I honestly didn’t know where to look, the show or just watch the magic projected onto the the girls faces. If you could bottle that feeling of pure joy and amazement they were experiencing, that was written all over their faces as they watched, the world would be a wonderful place. Honestly it was just magical, there really is no other way to describe it, other than pure, real magic.

And as the show ended I asked Rose what her favourite part was? Still a little dazed in the cutest dreamiest way, she said EVERYTHING. I think that one word sums up why children and adults alike adore Disney On Ice. Suzie was so overwhelmed she could not decided but instead analysed every part of the show and read the programme in the car, until she had nodded off, no doubt with visions of dancing princesses dominating her dreams.

The Wonderful World Of Disney On Ice is showing At Liverpool Arena until the 21st April, click here for tickets.

We were gifted Disney On Ice tickets in return for an honest review, but you can’t deny the Magic Of Disney.