It so great to see all the blogs I follow sharing the antics of their visiting Elves this year. I love the fact that they have mini Elves living in their houses getting up to mischief in the night whilst everybody sleeps.

We too have an Elf, but he visits at night and likes to maintain his privacy, he doesn’t like to be seen and for this reason only comes at night.

His name is Peter; his official job is Family Elf. This is quite an important role in the North Pole, as it requires monitoring the Naughty and Nice list. 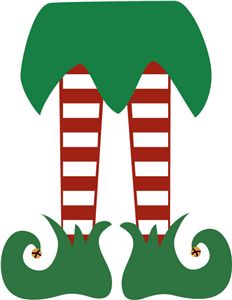 If a child is in danger of being put on the naughty list, their details get passed to the Family Elf department. It is their job to make the child aware of the situation and work alongside them to get them put back on the nice list.

We first became aware of Peter when Jack was just over 3; he was going through quite a naughty phase.

Throwing tantrums and not going to bed and night, we didn’t know quite what to do with him. Then one day a letter arrived from Peter. It explained that he was in danger of going on to the naughty list. But there was time to turn it around and stay on the good list if he could follow a few simple instructions. These included not screaming and shouting and going to bed on time.

Peter also left a chart that we could put stickers on when Jack did something kind, and promised Jack that for everyday he was good he would leave him a chocolate. And that if he got back on to the good list he would receive a brand new pair of PJ, s on Christmas Eve morning.

The weeks running up to Christmas were tense; we had a few moments when we were not sure if he had done enough to keep himself on the good list. On Christmas Eve morning he bounced out of bed and rushed downstairs to see if all his work had paid off and to his relief it had, in the lounge was a lovely box with PJ, s for the whole family and some chocolate reindeer droppings. Jack was thrilled, so so excited and incredibly proud of himself that he had done enough to get himself back on the good list.

The thing is with Elves once they have attached themselves to you via the Family Elf department they stick with you just in case your behaviour slips.

11 years later Peter is like part of the family and visits every night in December every year. Because of Jacks naughty year Joe has benefited of many years old Peter visits. And never took the gamble of being naughty in December. As Peter is always watching. And if I am honest I always look forwards to the Christmas Eve box that he leaves.