Home » Blog » The Sound Of Music At The Palace Theatre Manchester

Last night I was fortunate enough to attend the press preview of “The Sound Of Music” at the Place Theatre in Manchester.

Being a film I have loved all of my life. A film I have watched and sang along to almost every time it is on TV, I feel the Sound Of Music is somehow part of the fabric of my childhood. 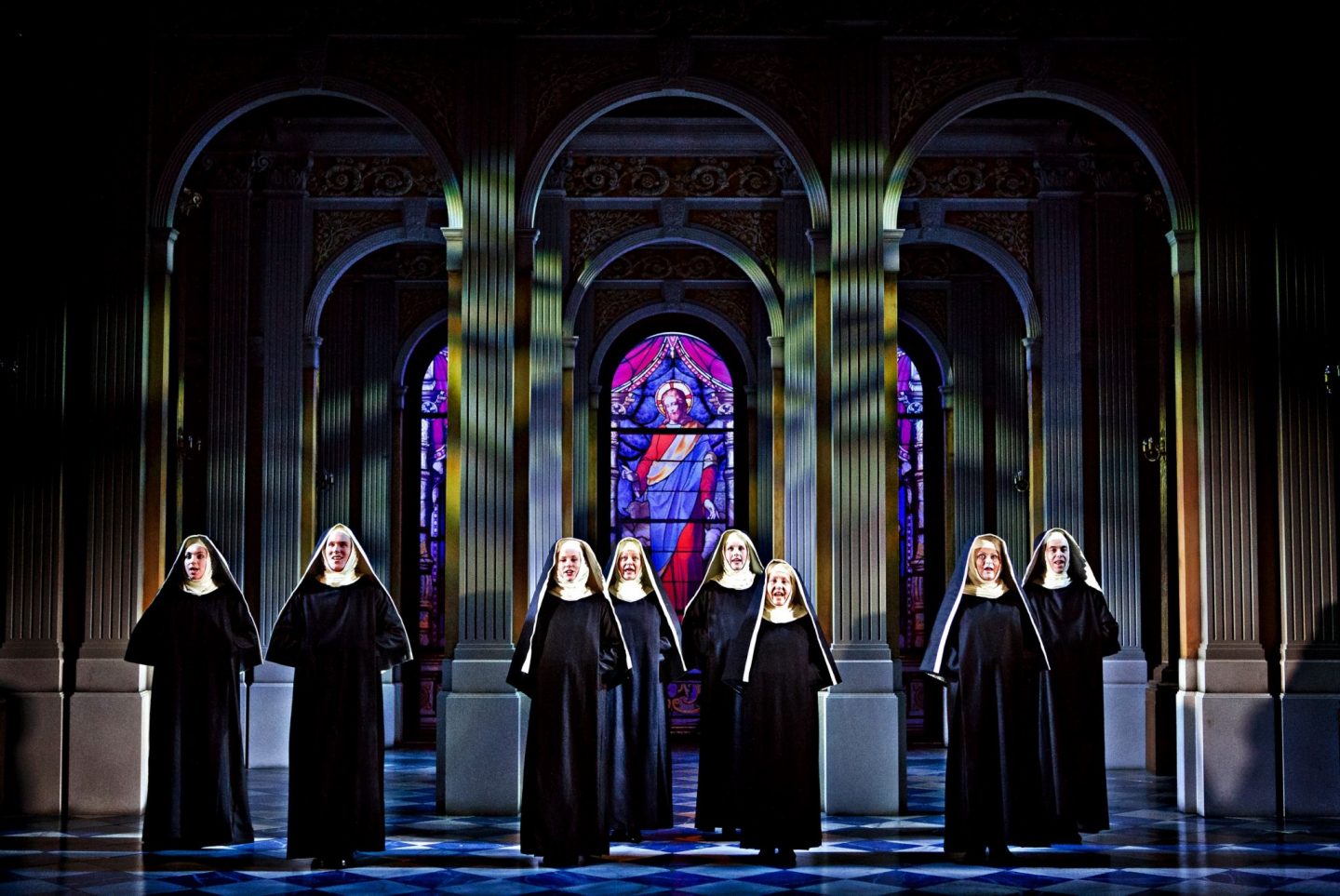 So I was not sure how it could be conveyed onto the stage, the beauty of the mountains, the grandness of the Von Trapp mansion and the Abbey. And of course Maria herself the beautiful Julie Andrews, surely there could only ever be one Maria?

However the cast and crew completely and utterly did the film justice.

When Lucy O’Byrne first hit the stage it was all very understated and I found myself wondering if I would be able to engage with Maria. However this is all somewhat of a ruse and before I knew it I found myself forgetting she was not Julie Andrews. Which yes, is a physical impossibility but O’Byrne completely embraced and owned Maria. 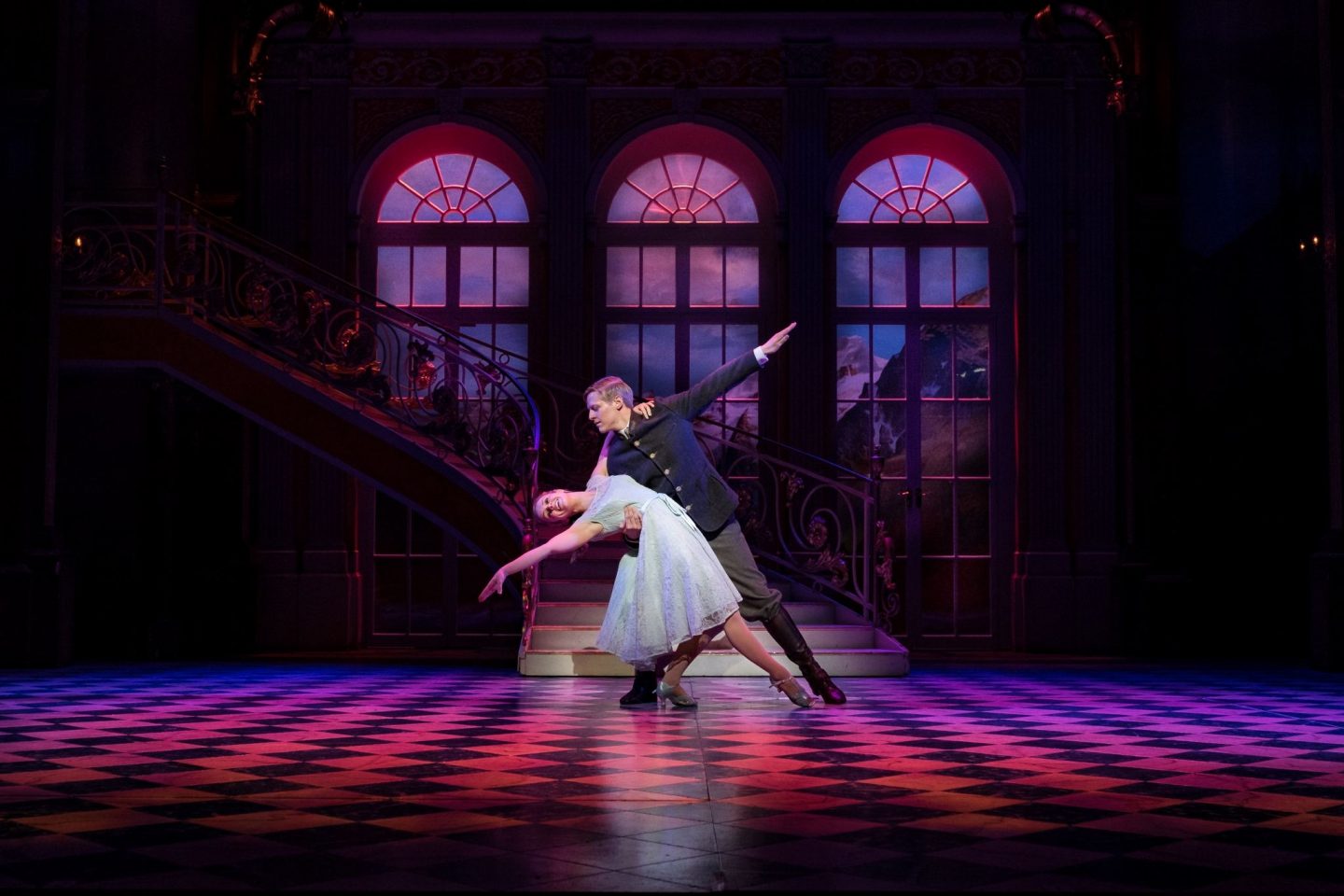 As with any production the set has the power to make or break a show. Especially when it is following the footsteps of one of the greatest movies of all time. The audience already has a pre-conceived idea of how it should look and feel. But the set was built to a perfection that had it mirroring the movie set in a way that you wouldn’t have thought possible.

It was so close to the movie that I almost felt I was witnessing the story for the first time and was part of it. The beauty of the Abbey and the grandeur of the Von Trapp mansion flowed seamlessly yet felt so real and so very grand.

Being part of the audience during the singing competition made me feel oddly uncomfortable as I sat before the giant swastika signs, knowing the family before us would soon have to run for their lives.

The cast were outstanding

With Neil McDermott playing Captain Von Trapp perfectly, cold and detached in the beginning making you feel he was a character you could not relate too, but evolved into a warm and loving character that was deserved of Maria’s affections and the adoration of his children.

Megan Llewellyn performed a faultless Mother Abbess, strong and authoritative but with a softer more feeling side. When she sang the whole theatre held their breath, I honestly never wanted her songs to end.

The whole cast brought you into the story with every note sung beautifully, every enchanting dance step and the Von Trapp children playing their parts to perfection.

If you are a fan of the Sound Of Music the show will not disappoint, quite the opposite. It delivers on every level.

I smiled nearly the whole way through. The cast conveyed every emotion, of love, happiness, confusion and fear so beautifully.

I felt as if I was being enveloped in the most wonderful hug. And I do not mean to undermine the show in any way by saying this, quite the opposite. To be able to conjure up such warm feelings of childhood Christmases snuggled up singing along to “My Favourite Things” takes some skill. And the standing ovation at pure joy of the audience at last curtain spoke volumes.