There are not many times in my life I have been lost for words. But as I left the Palace Theatre in Manchester last night after watching the most spectacular performance of Miss Saigon, I felt there were no words to explain exactly how I was feeling.

Miss Saigon is the most harrowingly beautiful portrayal of life in the times of the Vietnam War. Being a child of the 70s it is a war I remember. I have watched many films, news stories and read about the war that lost too many lives. But nothing has ever been as thought-provoking in such a way that it rendered me speechless. Afraid that if I spoke the words I would open the floodgates to what I feared would be somewhat un-controllable emotion.

The portrayal of the characters in Cameron Mackintosh’s acclaimed new production of Boublil and Schönberg’s Miss Saigon takes you under the skin of the characters in a way I never thought possible. Allowing you to see the war from all angles. From the girls who were exploited into prostitution, the pimp just trying to get by, yet exploiting the situation, the servicemen wanting to banish the horror of war from their minds. And the families at home trying to make sense of the men that returned back to them. 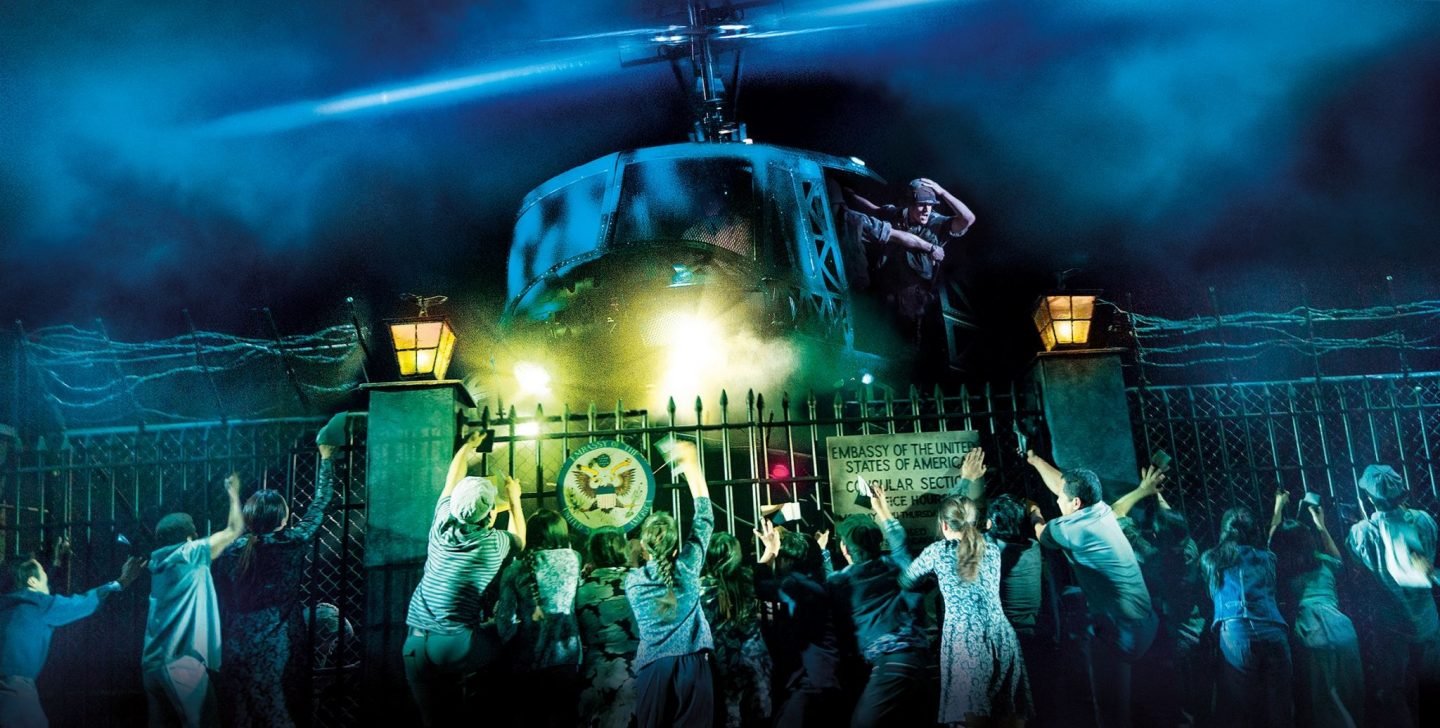 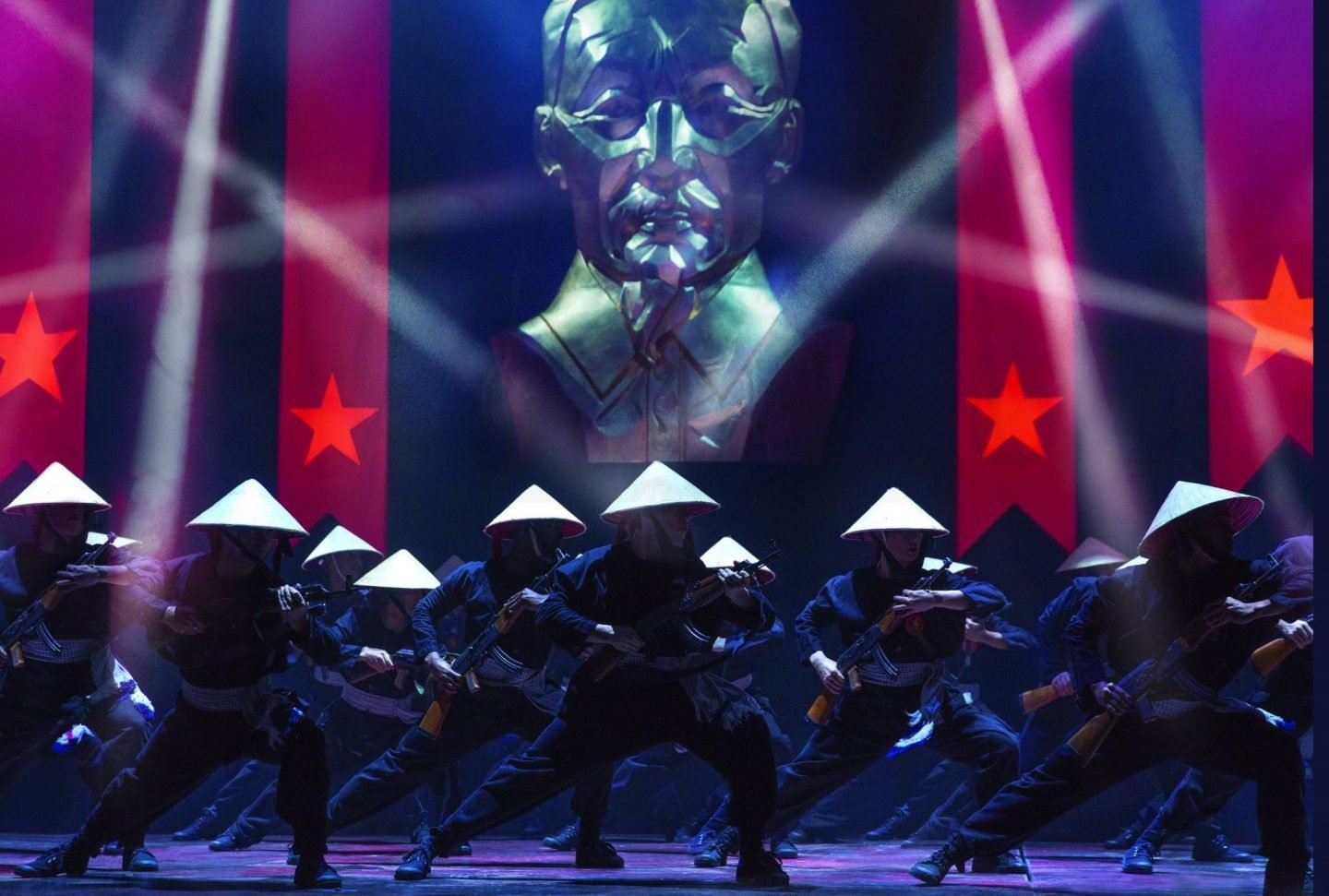 Miss Saigon is hard to watch on so many levels, as a woman, a mother and as a wife. Yet, is such a beautifully told story highlighting the plight of the victims. That they were all victims in some way!

As the first scene rolled in I sat in sheer horror, alarmed at how the girls were treated. Of their dreams of finding love and getting to America! When in fact many were just used as a way to get through.

Of the realisation this could at that point have been any war. It demonstrated human survival instincts and a way of dealing with things that no person should ever have to see. No matter what perspective you were viewing it from; everybody was just trying to get through the war.

Amidst all of that horror blooms a love that gives you hope. And as Chris and Kim’s love deepens you feel a sense of relief that some good can come from all of that despair.

The roller coaster of emotions Miss Saigon takes you though is exhausting, from horror, to happiness, laughter, fear and sadness.

The story is by no means sugar-coated it is raw and as real as could be. And you leave the theatre feeling like you have been on a real journey with these characters. 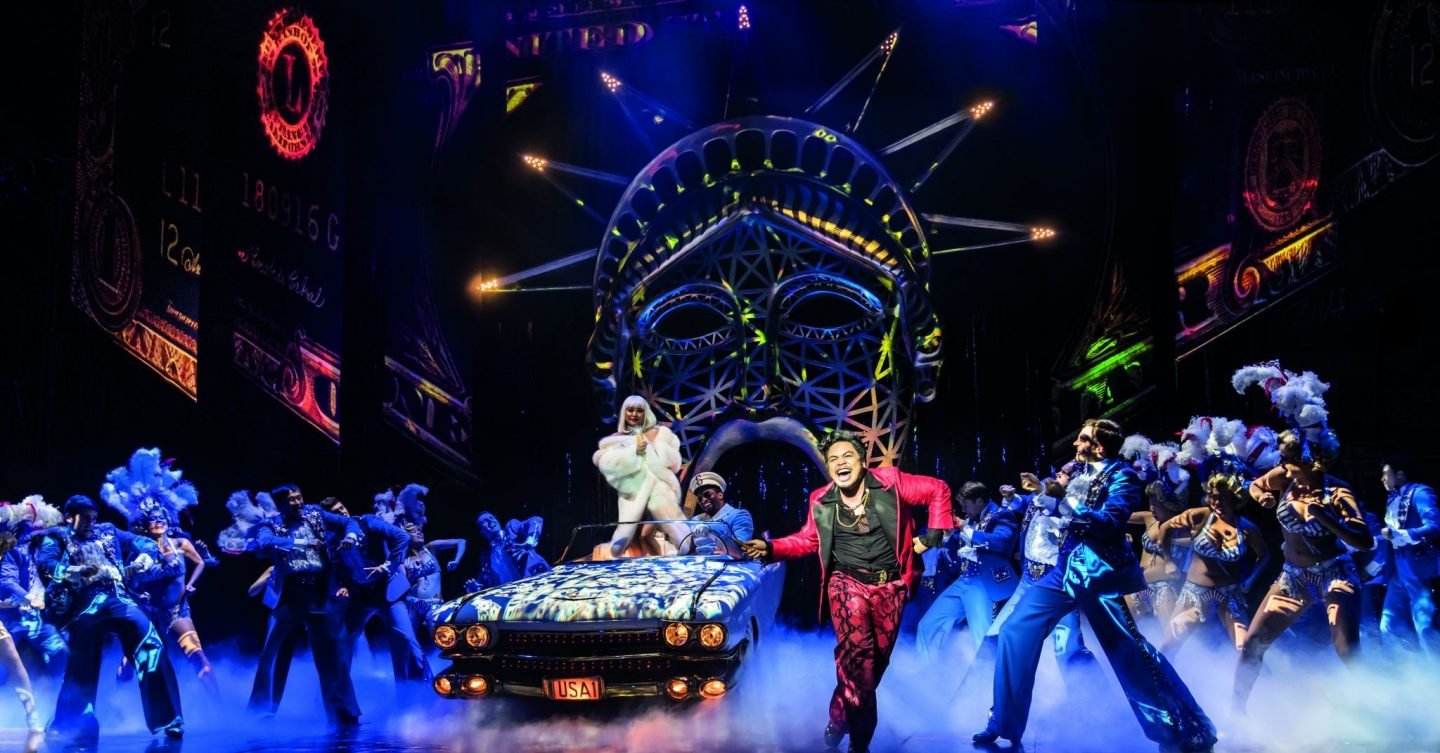 I am always enamoured by a beautiful set, the creative person in me finds the set as exciting as the production and the set of Miss Saigon was immense.

It’s as if the stage was a portal into another land, with the winding rickety Vietnamese buildings, steam from the streets and colours of the night all felt so real, which in many ways added to the rawness of the story.

Red Concepcíon’s portrayal of The Engineer was pure genius; to say he played a contemptuous character he was the light in all of the darkness of the tale. I found myself willing for him to make to it to America and live his dreams of riches and grandeur.

Whilst Ashley Gilmour made Chris such a lovable character, a person like many caught up in all this darkness of the time yet finding love with Kim. I felt his pain at having to leave her behind and move on with his life. And the confusion he felt so many years later when he found her again and felt torn between Kim and Ellen.

Sooha Kim made you feel every emotion of the frightened young girl, to a young woman in love. And the despair of losing the love of her life, choosing poverty over marriage to Thuy, which would have ensured her future and made her life easy.

The rest of the cast and chorus were incredible. Each winding their own part of the tale in beautifully making it a tale of so many layers and lives that had you following each individual story. So many lives all caught up in the same horror in a different way.

Miss Saigon is a tale of war, love and the ultimate sacrifice. Which can only be born from a level of love and a despair that I hope I will never understand.

The conclusion caught me by surprise. Of the whole incredibly emotional journey this was the part that still I can’t stop thinking about. An act of selflessness and love so shocking that I could not even talk about it afterwards. If you haven’t seen Miss Saigon, then you have to see it! But be warned it will take you on an emotional journey I never thought possible.

Miss Saigon is running at The Palace Theatre until Saturday 12th May. And touring the UK during 2018