Home » Blog » A Taste of Brazil at Cabana Brasil, Manchester

Last weekend we all headed to Manchester for a spot on Sunday shopping and lunch at Cabana Brasil, Manchester.  Cabana Brasil is situated in the Corn Exchange in the city centre, which is fast becoming one of my favourite places for lunch and drinks in Manchester. 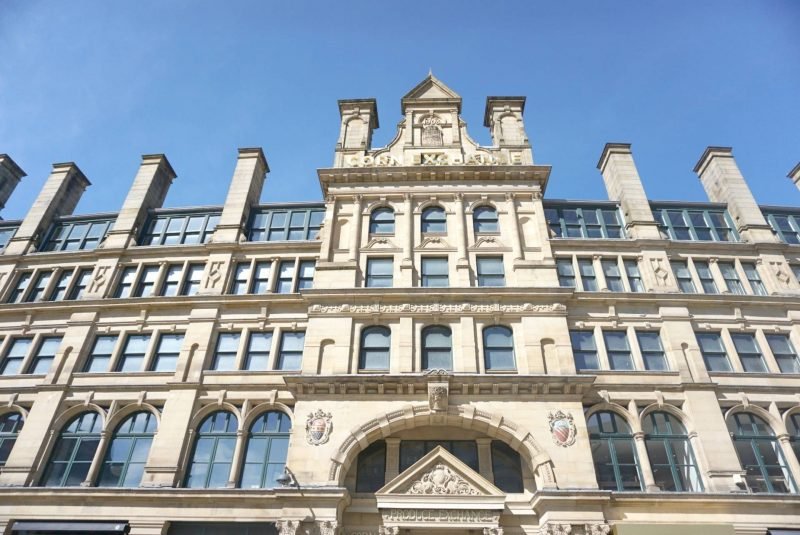 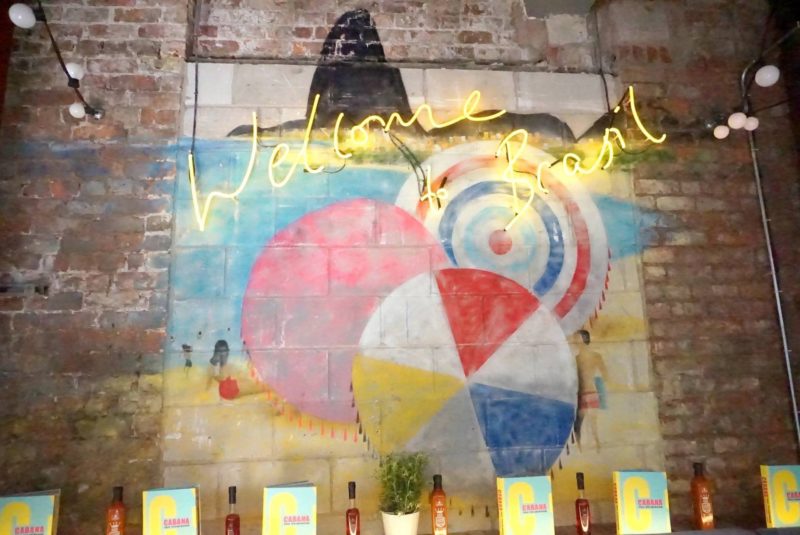 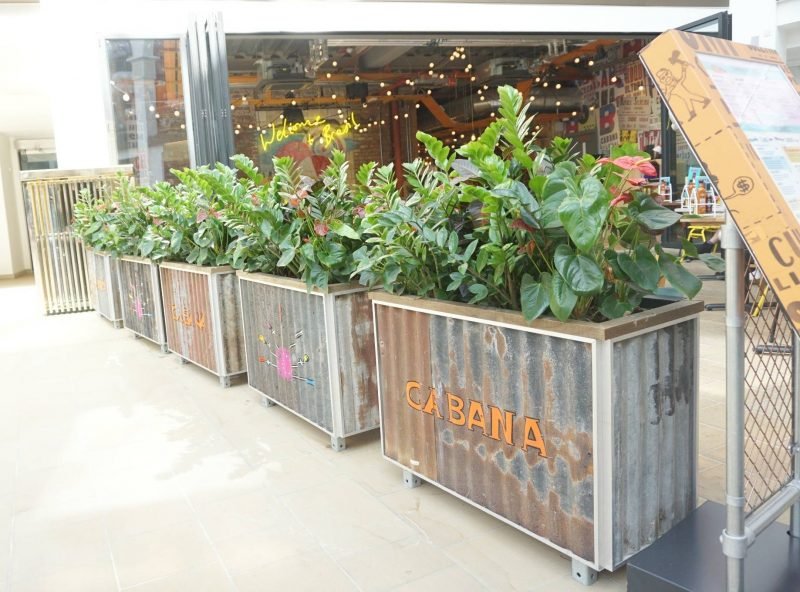 Although I was looking forward to our visit I was quite interested to see what they offered to suit the boys who at times can be a little fussy, however I needn’t have worried there was so much choice on the menu for their tastes.  The cool laid back Brazilian theming just oozes that atmosphere that makes you want to try lots of things of the menu you have never tried before. It all looks so different and tasty. 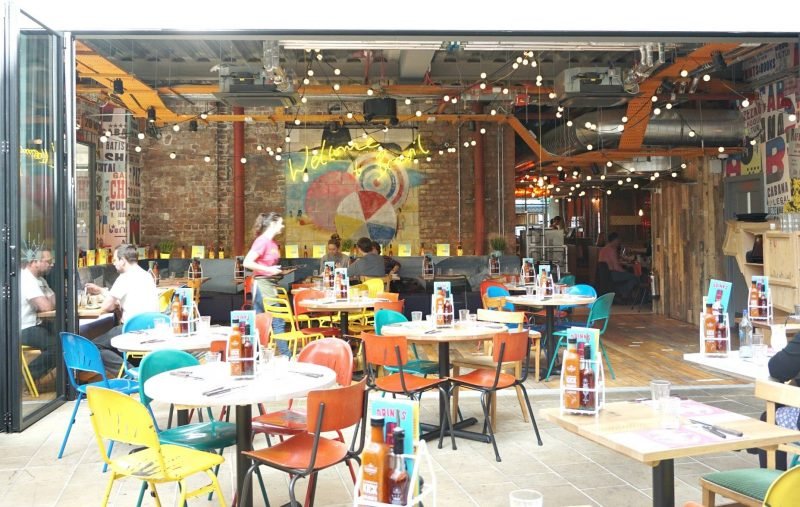 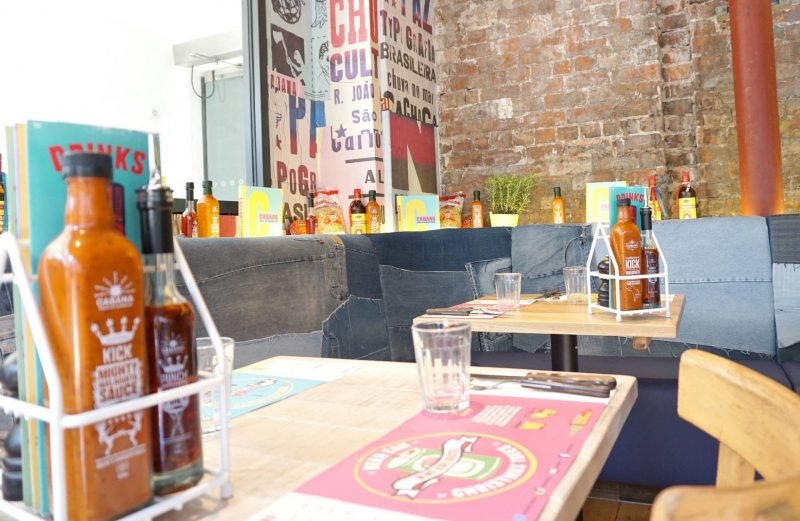 We were greeted and served by Eve who made sure we had everything we needed throughout our dinner the service was speedy, but Eve ensured we had spaces in between our courses. We never once felt rushed which I really can’t bear when in a restaurant. 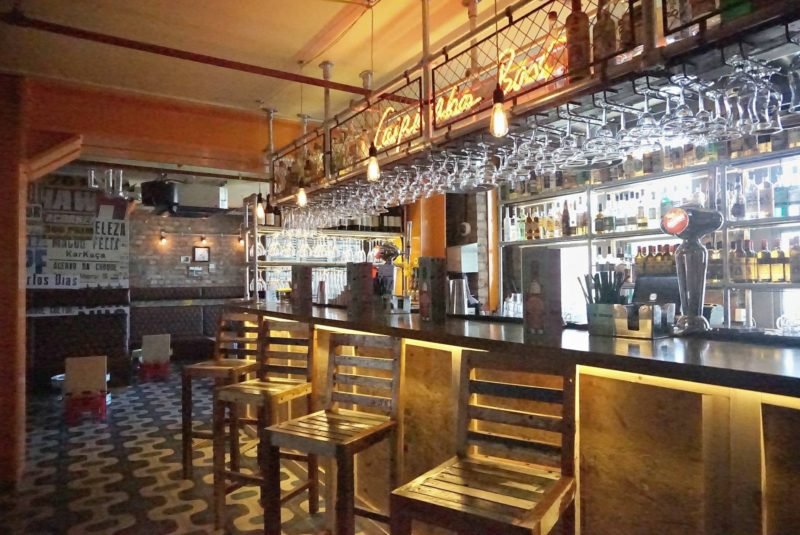 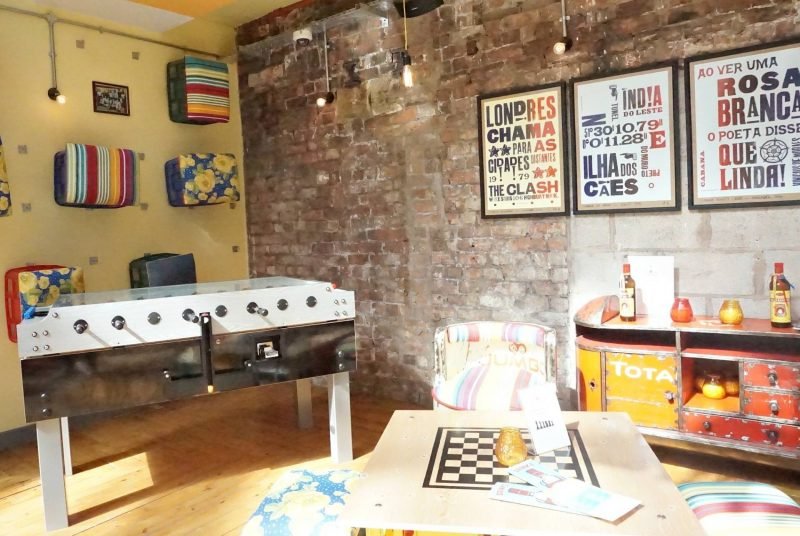 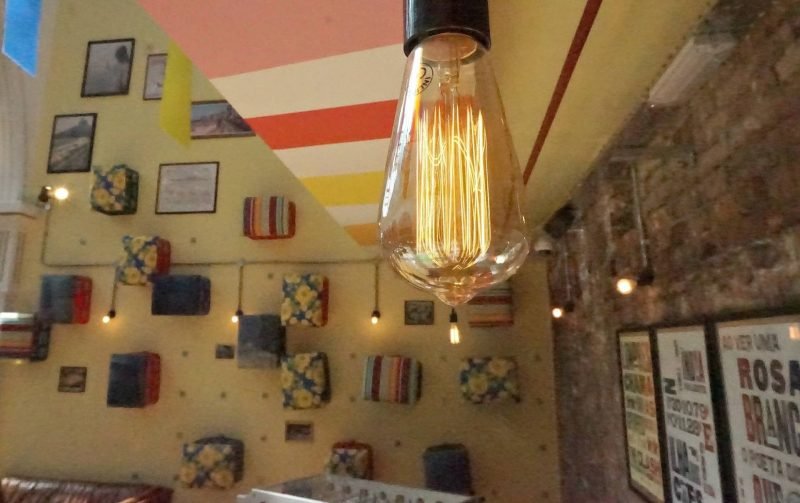 The whole vibe of Cabana Brasil is Brazilian Street cool, the theming is just incredible, you really don’t know where to look first. The colours are bright with lots of raw materials, seats covered in recycled jeans and cages instead of booths. I am such a visual person and the only way I can describe it is as a feast for the eyes, so many beautiful bright colours. The theming would fit right in on Universal City walk, creating a feeling of being in Brazil in a perfect world. 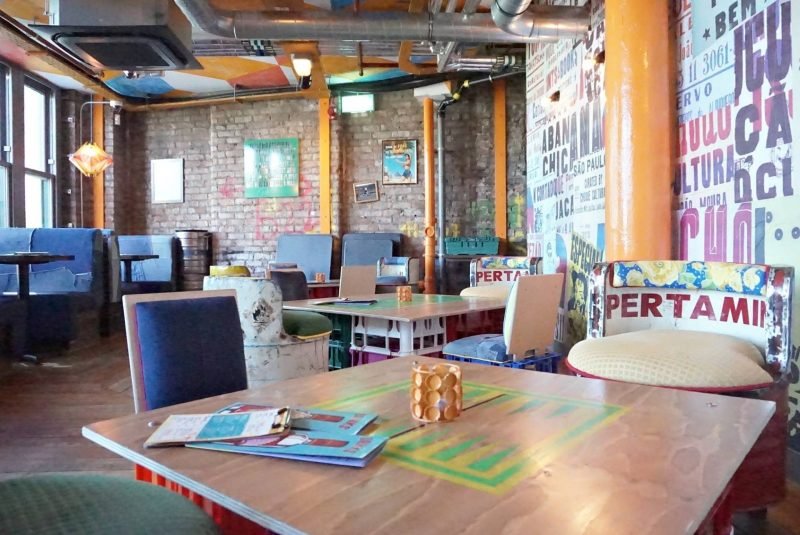 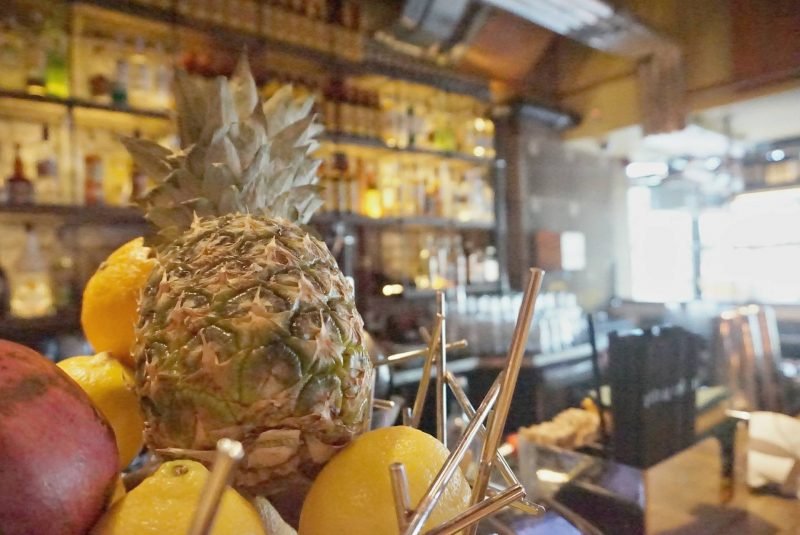 There was also a balcony, which on a sunny day almost feels like you are on holiday with lots of comfy stools and hammocks to chill in, and football and air hockey tables. It really is the perfect place to chill with a cocktail after a hard day shopping. 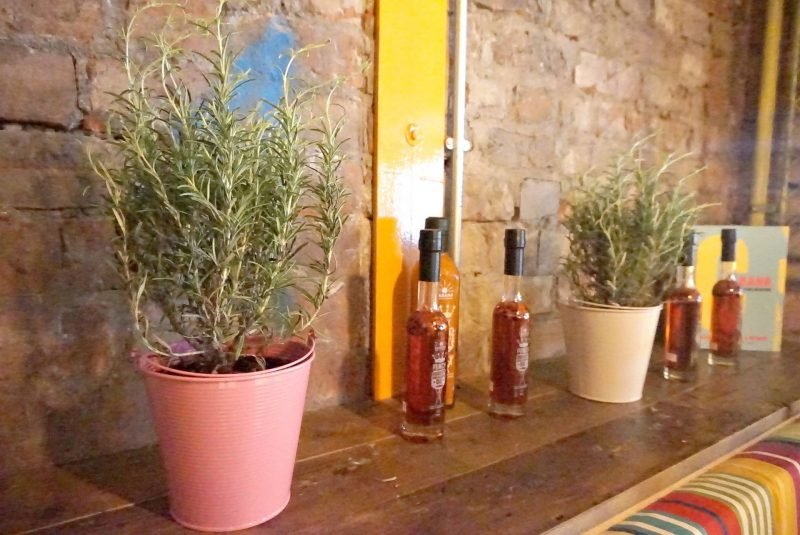 Choosing from the menu was difficult as there was so much I wanted to try, and any concerns I had of the boys eating had now dispersed as they too struggled to decide. The wonderful thing is you can also choose to eat healthy dishes, and there is quite a choice on the menu.

After much deliberation we chose a variety of dishes so we could all try out each others, I went for the calamari and Gauva-Cue-Chicken and omg it was so tasty, served with the most delicious rice and sweet potatoes fries. We all thoroughly enjoyed our meals; they were well presented, hot on arrival and good-sized portions yet not overwhelming. 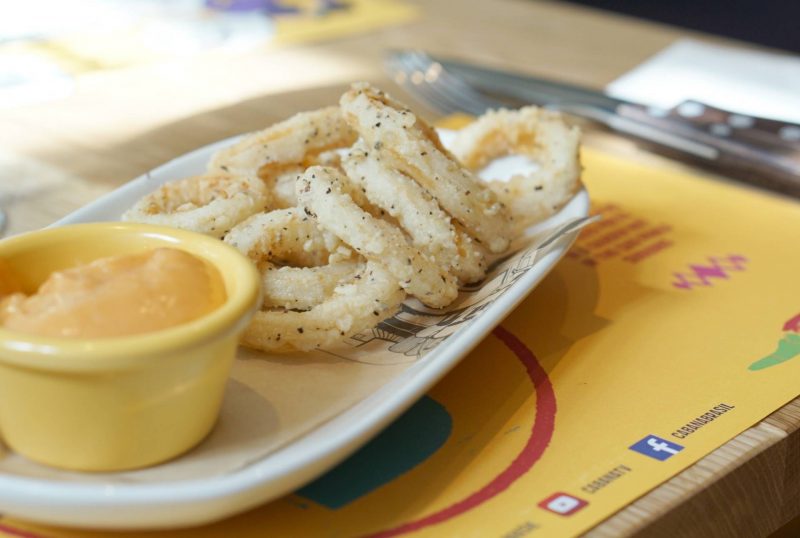 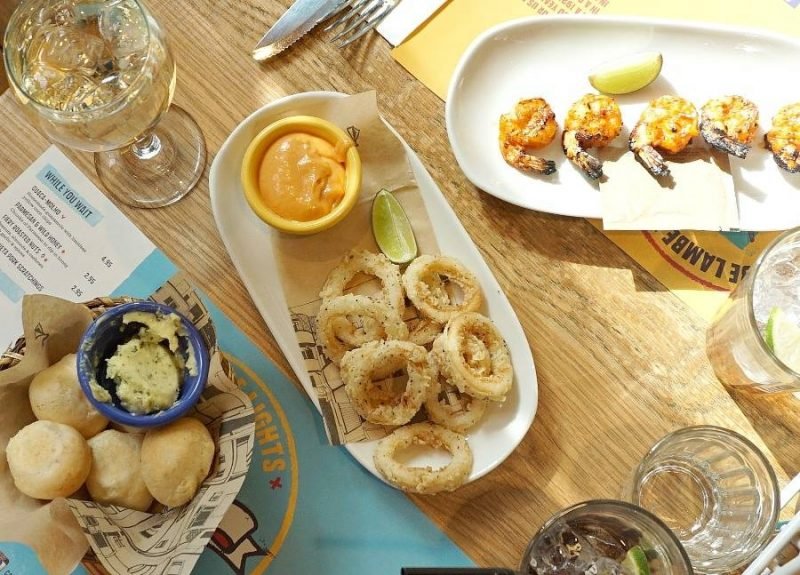 And get this! It still feels to good to be true but the desert was fat-free, I have to say I was doubtful as it was so delicious but according to the menu it is fat-free frozen yogurt and it tasted like the most delicious full fat whipped ice cream ever. 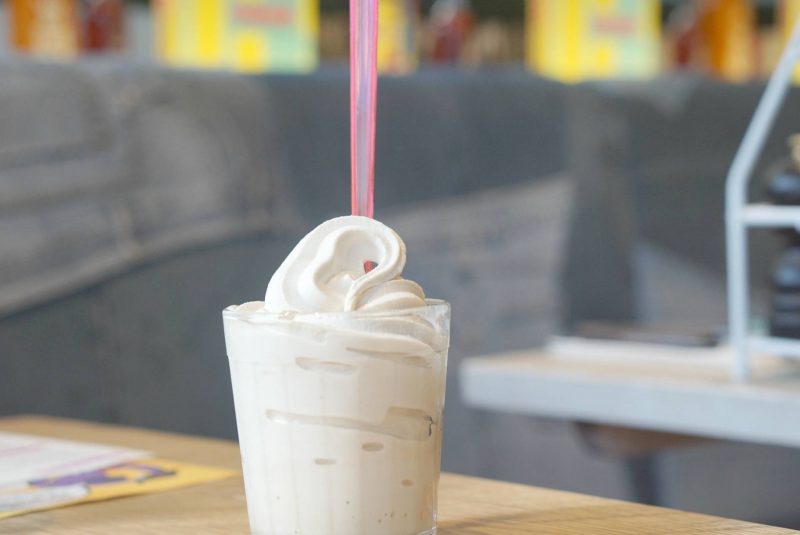 Cabana Brasil really is a great place to eat in Manchester City Centre, it offers something a little different in not only the tasty food but the whole vibe and style of the restaurant it takes themed restaurants to a whole new level, and with a reasonable priced menu it is such a great choice and somewhere we will eat again.