Only a quick postcard from yesterday, it was a late night and we are all tired but getting ready for another afternoon at Hollywood Studios.

As we headed towards Magic Kingdom yesterday the heavens opened, and I mean opened. The boys first instinct was to head back to the room but Chris and I decided no, we were there and were battling through. We all put our ponchos on and entered the park.

We were going against the crowd,  it seemed like hundreds of people were leaving the park, clearly deciding not to battle the weather. It was great, we wandered through the half empty shops and had photos taken in the rain and within half an hour the rain had gone and the sun was out. 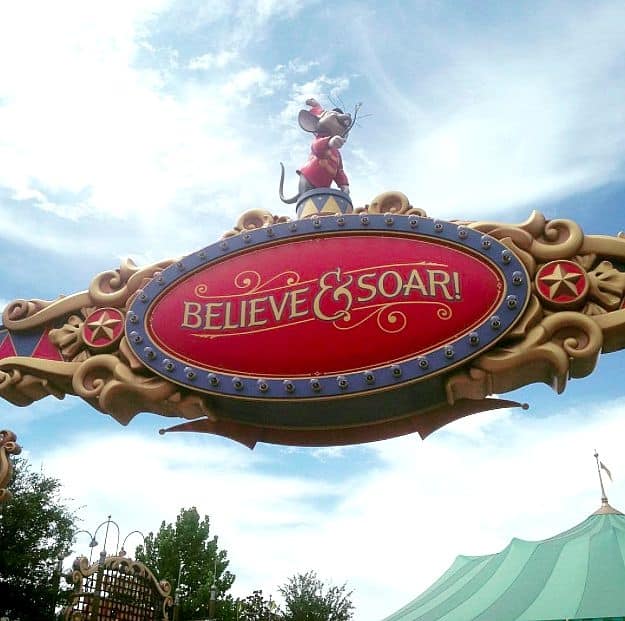 Don’t get me wrong, the park filled back up, but for while it was a little quieter.

Todays photo was taken after the rain, I just love this picture, it is something everyone should believe. Disney is so full of inspiration that you can take forward in life.

We had a wonderful day, completed our Magic Kingdom ride wish list and watched the fireworks which were just breathtaking. We arrived home late but happy after another magical Disney day.