The boys were so excited to go to the Telford Q Hotel Golf Club and Spa, they love their Q Hotel visits but for them this one was a little bit special, the lovely people at Q Hotels had asked them to complete a secret mission.

Jack was looking forward to it, but Joe was beside himself, all we knew was that it was a survival activity that they had to test and report back for a potential new guest activity.

When we arrived in our room our Mission, in form of Battle Box equipment was waiting for us with an introduction letter. There was an army rucksack waiting for Jack and Joe, containing all of the equipment you would need to survive in the great outdoors. 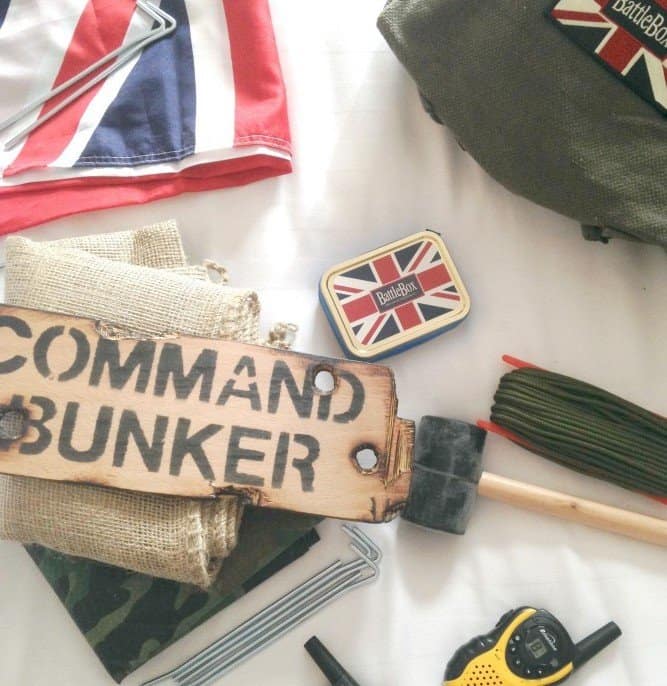 They each had  tent pegs, there was a rubber mallet, walky talkies, ground sheets, sandbags, string, and pen knife to cut the string, a flag, plaque, mini bombs (harmless just noisy) and a small survival tin with lots of essentials should you get stuck in the wild.

Straight away there was no question with the boys that this was a competition, and Joe was feeling very confident being in his own words “an outdoors expert.” Jack was grinning knowingly, clearly he had done this before?

I would have thought this activity lent itself to a team building effort for the whole family which would be a very enjoyable event.  But no the Christie boys had decided it was a competition and that’s how it would be! 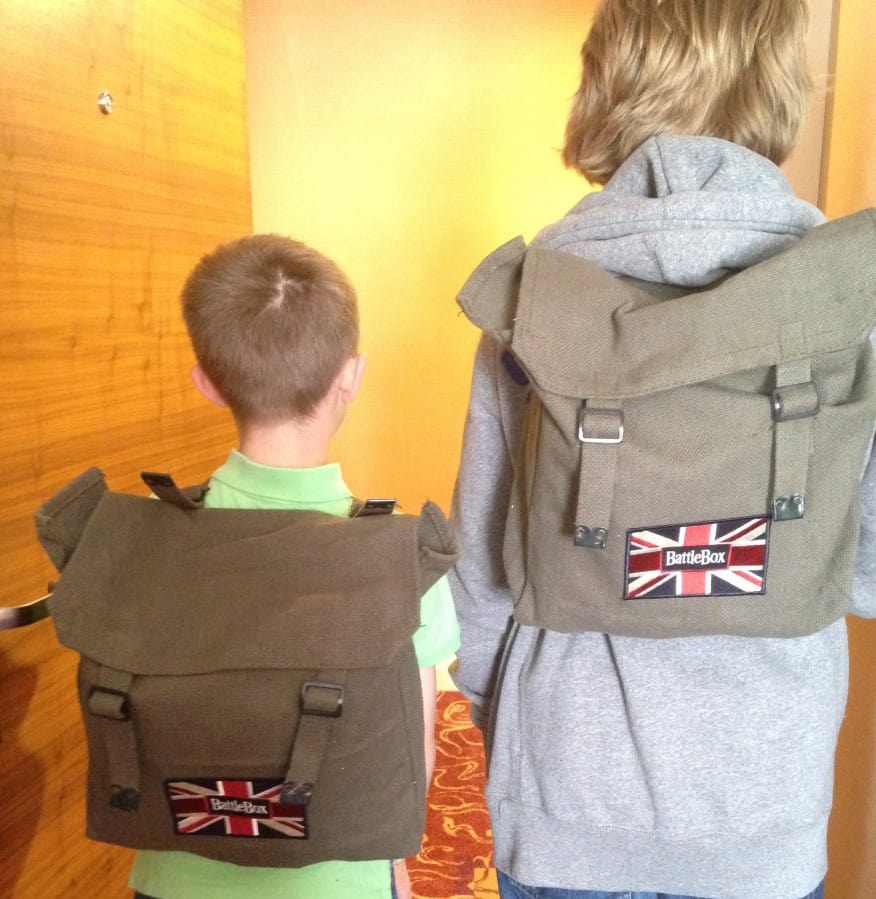 We set off excitedly with all the kit to have a strategy meeting over a diet coke and glass of wine, but the boys were raring to go. The first important decision was where to set up camp, and to a 9-year-old this is a big, important decision. Jack pointed out they needed a tree so they set off with a walk talky to find the perfect spot.

Once said spot was located the boys came to find us to direct us to the location, and from that moment on it turned into a mini Hunger Games. The only problem here was they had to share the rubber mallet so Chris and I found ourselves becoming mediators of the mallet.

Jack had a clear strategy and worked in methodical order laying out his kit, planning measuring rope and worked quickly and effectively. Joe on the other hand was a little more like an excited chicken running around in circles getting all of his kit out of the bag, then having to retrieve it when it blew away in the wind. I tried to intervene and offer him advice and suggestions but he was ok, he didn’t need anyone’s help.

After 20 min’s Joe eventually accepted help off Chris and allowed him to offer a few helpful suggestions, which he changed accordingly to suit his plan, whist Jack and I watched on in hysterics. But they got the job done in the end.

Once the command bunkers were complete we retreated to the patio of the beautiful golf bar and a well deserved glass of wine (and trust me after all that mediation we needed one) to watch the boys from a distance chilling in their tents, then decamp and re-pack their bags.

So, how did we enjoy the activity? It was so refreshingly different, not at all what you would expect to carry out in a hotel, the boys got so into it, and as I said this could be played out as a team building activity or a competitive activity. And there was only one way for the Christie boys, but they loved every minute.

In fact days later they were still hailing it as the best activity ever. And at the weekend when Joe had his best friend Fin to visit they recreated the activity in our garden, he couldn’t wait to replay it.

One little tip, the small tin is incredible lots of great survival kit in it and every boys dream, but I would say not at all necessary to the task. I would leave this out in the future.

Thank you Q Hotels and Battle Box UK for another fantastic experience, we all loved it.