Last Sunday we visited Spinningfields Ice Rink for a spot of skating. Now I just love Ice skating so was very excited, I do fancy myself as a bit of a pro ha ha. Well, I say pro I can go quite fast but if I am really honest I can’t stop, which I suppose is a bit of an issue. 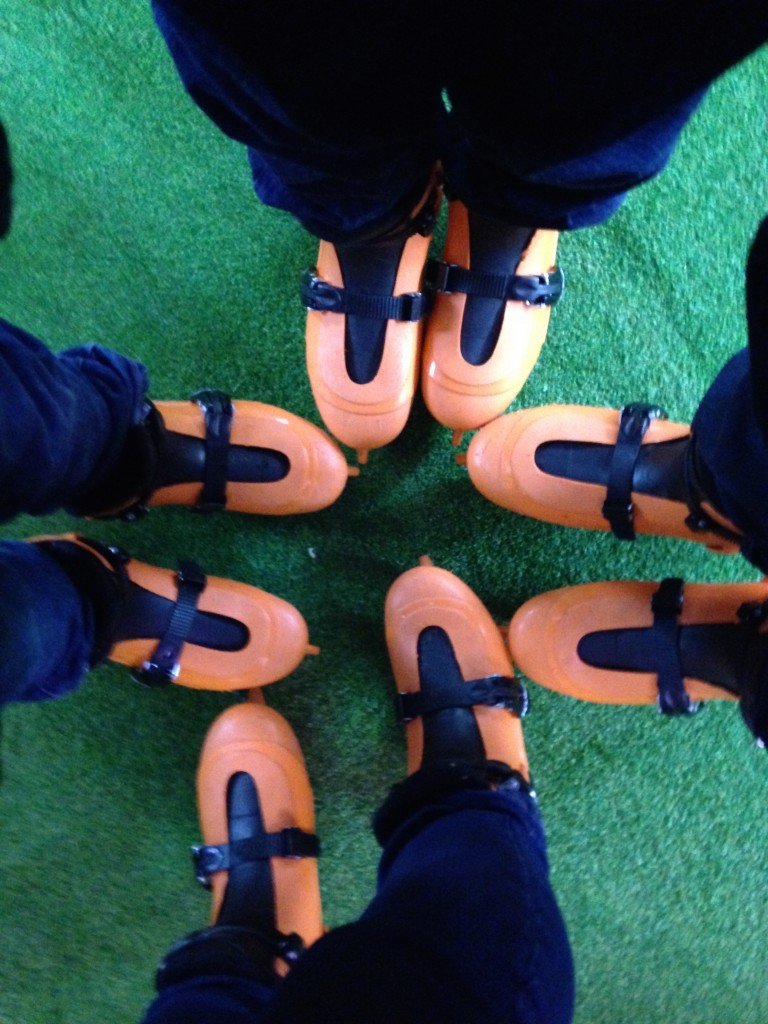 Chris on the other hand is completely rubbish, he says he is not but get him on ice and he turns into Bambi. And when he does find his feet a child whizzes past him and he collapses in a heap on the ice.

What I loved about Spinningfields is the atmosphere. It’s amazing that an ice rink just pops up once a year, It feels so festive skating round surrounded by trendy cocktail bars, the Teepee and a helter skelter. The organisation is very slick, the box office is situated outside the rink, there are several booths to queue for tickets, you are given a time to skate for which you must arrive slightly earlier to organise your skates. 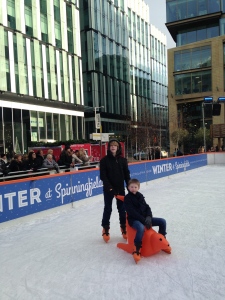 Don’t worry if you have forgotten your gloves or want another layer of socks as they really have it all covered and sell socks and gloves for £2.00. I thought this was so reasonable, as not only had Jack forgotten his gloves both boys wanted extra socks. There is also a place to leave your bag. Bags are not allowed on the ice but for £1.00 you can leave it safely in a manned area.

I loved the fact that they didn’t overfill the ice, don’t get me wrong; it was busy, but not overcrowded. They had the cutest seals and penguins for children to use, this was a godsend as Joe usually lasts 10 minutes on the ice, and he seems to take after his Dad and has no balance whatsoever. He starts off determined but ends up giving up. 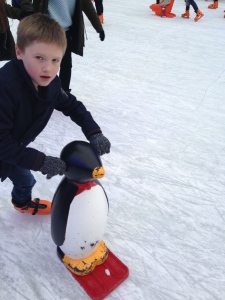 He started with a Seal, which Jack pushed him around on for a while, then he plucked up the courage to push himself. Once happy with this he progressed to a penguin. He stayed on the ice for 45 minutes, the longest he has ever stayed on ice, this is 100% due to the confidence the penguin gave him. 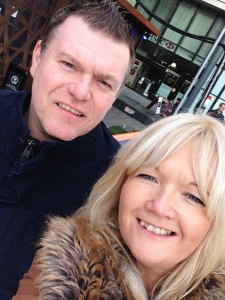 It is just perfect for families, as parents get the change to skate knowing that their children have the security of something to hold on to. In no time at all Joe was skating around confidently with his penguin thinking he was a pro skater. And I was skating around enjoying the freedom of holding on to Joe, but was still able to watch him whiz confidently around the ice. Te great thing was there were plenty of penguins to go around and staff encouraged people to share so everyone got a turn. 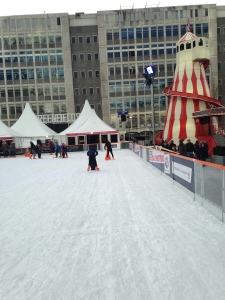 If you were wondering if it is was worth going to Spinningfields to skate? The answer is yes; it is a great family experience. And one I would not have wanted to miss.

This post was made in collaboration with the lovely people from Spinning Fields Ice Rink, thanks for a fab time.