When your child is diagnosed with Diabetes there are so many things you have to take into consideration that just wouldn’t occur to you. And one of those things is drinks.

Like many other parents when Jack was a toddler we were very concerned about his intake of fizzy drinks, thinking they were bad for him. I used to always ensure I had a supply of fresh juices; orange, apple etc. to ensure he was drinking juice and getting his 5 a day. He was never a fan of cordial so that has never been an option so has always drank water, milk or fresh juice. With the occasional Diet Coke or Fanta as a treat.

Then came diagnosis, and that changed everything. Nearly everything Jack drank became off bounds, in terms of helping himself to a drink between meals. Of course he can still have these things but they have sugar in them. Even natural sugars have a carbohydrate value to them. So they must now be counted as part of a meal.

Here are the carbohydrates values of each of the healthy drinks that I have always incorporate into Jack’s diet.

Of the drinks above the only one Jack could drink between meals is milk, he does love milk but it’s not always what you fancy, is it?  All is not though, lost he still get’s to drink juice with meals as he is able to count the carbohydrates into his injection ratio.

However between meals these drinks are out-of-bounds. I was so shocked when we first started carb counting to find that a glass of orange has as much carbs as a four-finger kit-kat.

As a teen Jacks attitude was “well if they are both the same carb value, I may as-well have a Kit-Kat”. It has taken lots of work to help him realise that although he has to count them in, it is still very important to get plenty of fruit in his diet. 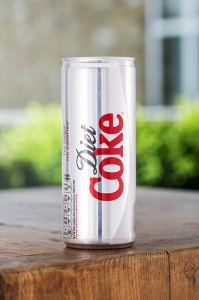 With the help and support of his wonderful dietician Alison, we have helped him to train his brain to make the right choices when out and about with friends. If he goes to the shop before or after School and his friends have a chocolate bar he will buy a Can of Diet Coke. This is a huge break through as he is starting to make choices that are good for him, that are a treat but will not raise his sugar levels. And when are administering 4 injections a day you are entitled to treats.

So nowadays yes I do have fresh orange in the fridge for him to drink with meals but I also keep it stocked up with nice cold bottles of water and cans of diet coke. Both have Zero Carbs so he can help himself between meals and still feel he is having a treat.

If anyone had told me such a simple thing as quenching your thirst would be such tricky subject pre diagnosis, I would never have believed it? Don’t get me wrong, we are lucky.  Jack is a happy healthy teen, and every day I thank my lucky stars for that. and do you know what?  He deals with it in such an inspirational way that makes us so proud of him every single second of the day.