Home » Memories » I am a child of the 80s, Part 3 Music
Music was always been a huge part of my life, I cant ever remember not listening to music. By the time I was 13 I had a Saturday Job and had signed up to RCA which was a mail order record club, where you got monthly albums and could buy extra Albums at any time. I remember my Mum and Dad took some convincing, as I was not 18 I had to join in their name. And still today I cannot imagine my life without music. It is always on in the background.
Recently I did a 80s lesson at work as part of my historical hairdressing lessons. My students loved it, I did a section of pop stars then and now, to my surprise my students could not recognise most of the famous people as they were then. So here goes my mini musical trip down memory lane. 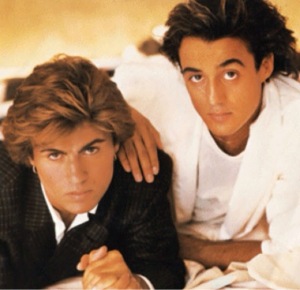 I loved Wham, all my friends did to, and I think I bought every album they ever released. They were amazing. I will still happily listen to a Wham album today, it brings back so many happy memories of my high School in Harold Hill in Essex, of being a teenager soooo concerned about Fashion, Music and Boys. Wham were every girly, girls, dream. Although I did have some friends that were more into Adam Ant and the whole punk scene, and I remember thinking they were really odd, ha ha. 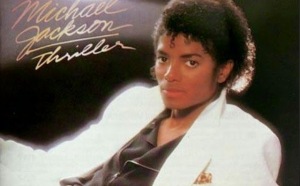 Michael Jackson must be my favourite ever, ever in the world.( Alongside Buble) I remember watching the thriller video and being so terrified, but loving it. Michael Jackson and the Jackson 5 probably got more airplay on my Walkman than any other artist. I was so lucky that in 1988 I won tickets to the Bad tour, I was only 16, and my Mum and Dad nearly never let me go! I was devastated. Anyway in the end they decided they would not stop me enjoying the experience, and got my older cousin to wait outside Wembley Stadium for me. Wow it was amazing, Michael Jackson was spectacular live, I am so glad I went as it turned out to be the last opportunity I would ever get to see him live.
I was devastated when he died, what a waste of a life and an amazing talent. I love his new song, Love never felt so good, can you believe it was recorded in 1983. I just proves that Michael Jackson’s work was absolutely timeless; as this song is amazing, and is as popular now as it would have been in 83. 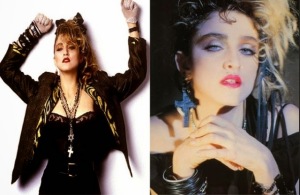 I remember first hearing Madonna’s Holiday in 1983, wow she was a breath of fresh air, fashion was quite tailored up until then and she appeared on to the scheme with the amazingly trashy image that everyone wanted to copy. He music was exciting and pushed the limits a bit, well it did for pop music, especially when you are 11 years old.  I remember dragging my Mum round Romford shopping center shopping for clothes just like Madonna. 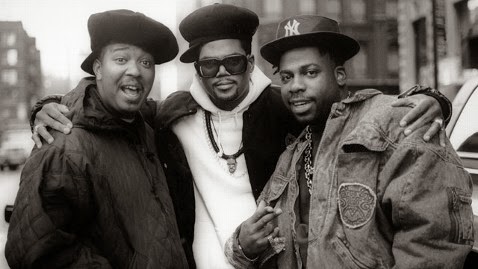 If you were to ask the Boys they would say Walk this way, by Run DMC was a current song, but us 40 plus’s we know different. When it was released by Aerosmith and Run DMC in 1986 it was the second time it had a been a hit, and has been in the charts many times since. This is the first time I became aware of rapping and remember all the boys at school reciting it and street dancing, it started the hugest dance craze. I still love this song, it is one of those songs that every generation thinks they own, a true timeless track. 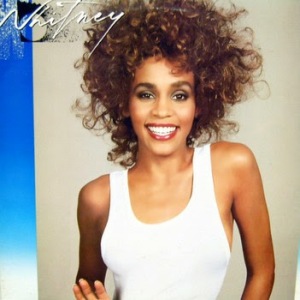 Whitney Houston I Wanna Dance with Somebody, was another massive song of my childhood, it was released in 1987, and I loved it the first time I heard it. This song reminds me of a time at high school when the teachers were constantly on strike. I remember that there would be days, weekly, when either lessons were cancelled, or we were put in a room and allowed to play music. As there was no teacher to teach our lesson, due to the strikes. As teenagers we thought this was wonderful, but as a parent I think I would have gone mad. I remember days like this more than being in lessons.

There are so many more artists and bands I loved I could actually talk about this subject all day long. You forget how certain songs evoke certain memories don’t you?